Woman, You are Unique!

Dedicated to all the beautiful women in my life, including - but not limited to – Mother Mary, my grandmothers, my mother, my mother-in-law, my wife, my sisters, my daughters, my god-daughters, and my nieces.

“A woman is the full circle. Within her is the power to create, nurture and transform.” – Diane Mariechild

I am all for equality for men and women. But, I find it troubling when a woman wants to “liberate” herself to a point where she loses her dignity, her self-worth, her well-being and the uniqueness of her very being. 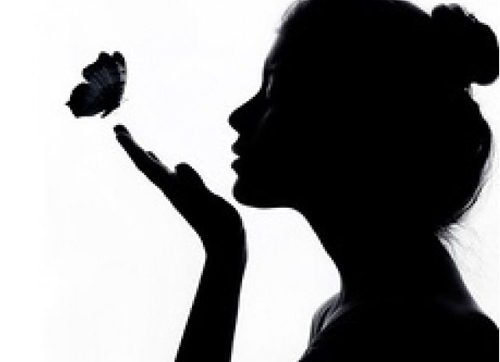 In the USA, sometime in the late 50’s or early 60’s women - riding on the wave of feminism - began to lose their way. In a show of “equality”, power and freedom, some women undid their bras and threw them in the dustbin. Slogans like “get your rosaries out of our ovaries” made headlines. As if catchy phrases enhance anyone’s self-worth.

Here’s the truth: We are all made equal in worth and essence; but, we are not made the same. And this is by God’s design. God loves diversity and we can see it in all of creation.

The engine is the heart of an aircraft, but without bolts it cannot be mounted. Look closer and you will see tiny, seemingly insignificant rivets holding the entire airframe together! A diamond may have its glitter, but all the edifices of buildings and beautiful monuments need the humble brick. The butterfly is no more valuable than a dung beetle. Each has its place and each is an intentional piece of God’s creation made to fulfill His purpose.

If you perceive yourself as less; then it is you who are doing yourself a disfavour. Worse still, lose purpose and you have lost everything.

To every woman who thinks God has put them at a disadvantage, look around you. Every man or woman, doctor, engineer or world leader has come from the womb of a woman. But, she could not have done it without a man. Their roles, if any extreme feminist has missed it, are complimentary. It’s tragic that it needs to be mentioned sometimes. If God has made you a woman, you are a deliberate act of His will.

So, how does a woman become any less if she is called an actress? How does the masculine form “actor” make her any superior or better? If you want to be recognized as a woman - and what you are capable of achieving - why give up your identity in the process?

A woman may think she has a physical disadvantage over men; but she is well compensated - her inner strength surpasses that of a man. Under duress, more men than women are known to implode. Which woman would like to be ‘equal’ in this?

To the feminists who think men have it all, you have got it wrong. The men who die on battlefields vastly outnumber women; more men die while on active duty in the police force than women, more men commit suicide than women, men also suffer from emotional breakdowns; men also suffer the loss of a child; more men than women don’t get to see their children grow because of their occupations; and the list goes on. Most divorce cases are one-sided and in favour of women – here no feminist tells the judge, “I am equal to men; I don’t want the alimony.”

The hand that rocks the cradle rules the world. This beautiful truth is lost in all the screams that demand the liberation of women. But, why is being a homemaker frowned upon? The greatest gift God gives us is the gift of a family and generally more women than men are – by design – drawn towards starting one.

Sociologists will tell you that the most influential hand that rocks the cradle is that of a woman. It’s by design. And there is nothing wrong if the man is required to watch the kids for any number of reasons. Also, there is nothing wrong if the woman wants to work as long as the children don’t suffer neglect. Let’s not forget that the number of small children suffering from various forms of depression is on the rise. Man plays a different role, but I’ll leave that for another day.

Women were lured into pornography and the enticing word used was – you guessed it right - liberation. “It’s your body; there is nothing wrong in showing it off! And honey, you too can make money!” Pornography, its promoters said, was a form of art. They did not tell women that they would be discarded after a few short years. Sadly, even today women do not see that they are being exploited. So many women in this profession end up depressed and hooked to drugs. Some become suicidal.

Why are boundaries always seen as discriminatory? Is it not possible that a boundary can be for one’s own safety and wellbeing?

When a woman says she can do what she likes with her body, she gives up the healthy boundary that is meant to protect her. Here, saying “no” is what actually liberates a woman. If a woman believes that there is always the ‘abortion option’, she is effectively taking away all responsibility from her partner and that route is self-defeating. After all, it is the woman who carries the burden of a mishap and the long-term mental trauma. And how many women, who take the pill, really know what terrible things it does inside them? The pill causes more harm than the pleasure a woman momentarily experiences.

Want to know if your boyfriend really loves and respects you for who you are? Tell him that you will give him your all only after the wedding. If he truly loves you, he will wait. Most of them just walk away. You may still exercise your freedom, but wouldn’t you want to at least know if your man is after you (body and soul), or just your body? G.K. Chesterton once said, before a fence is removed, one should think long enough to find out why it was put there in the first place.

Some women think that God has been unfair to them. That’s not true! I see successful women in all walks of life and they don’t shout feminism. In this modern day and age, the sky is the limit for them. And, of course, there are challenges – equally for both sexes.

God does not discriminate. There are many women whose stories adorn the Bible. From Miriam (Moses' older sister) who helped save him as a baby, to the brave Jehosheba, to the generous Priscilla, to the courageous Esther, to Judge Deborah who is known for her extraordinary compassion, to the patient Rachel who waited to marry the man she loved, to Ruth who is an example of unwavering faith and bravery, to Mary Magdalene (the sinner Jesus forgave) who stood by him faithfully during his passion, to Mary who became the mother of God, and many others.

If God had something personal against women, he would have chosen to simply “pop up” in Israel, but he chose to be born. And He did not merely use the woman as a vessel and discard her. Even today Mother Mary is honoured by billions, because God first gave her that honour.

In a culture where a woman’s testimony was not given much credence, Jesus first appeared to Mary Magdalene (yes, the sinner!) after his resurrection. The resurrection was a singular make-or-break event for Christianity. Jesus, it would seem, risked everything appearing to a woman and that, too, of Magdalene’s poor reputation. Even our Easter depended on her! More than 2,000 years of Christianity and billions of followers later, it appears Jesus knew what he was doing. Was Jesus trying to tell us men something? I think so. Time and again God shows that women are equally important in His kingdom.

Every mother who dedicates her life to her family; every unsung cloistered nun who prays for the world, every social worker who fights for the justice of her victims, every nurse who cares for the sick, is a heroine – not to the world, perhaps – but to God.

If equality and inclusiveness is at the center of a woman’s heart, a woman only alienates men by showing them as evil. Both lose. A woman does not need any ideology to show what she is worth; God has done that. No movement is in a position to tell a woman what she should and should not do. There may be a hundred nuances about a woman’s life that only she can comprehend. That is why it is so crucial for her, as an individual, to weigh in all of her life’s factors and do what is truly right. In that she will experience a far greater sense of self-worth; and she becomes responsible for her own actions. That’s what true freedom is all about. And if she factors in the men in her life, then that would be inclusiveness.

Eve may not be known for being the most upright woman in the Bible, but she is certainly one of the most influential in a way not many have thought about. She taught mankind an all-important lesson: By going against God’s design and will, her action reminds the world that yielding to temptations has its consequences. You may know who you are, but God knows you better. To give an analogy, you may know your mobile phone; but, its manufacturer knows better.

Finally, O woman, it is all about holding on to your uniqueness in the diversity God has created, while experiencing oneness of essence, as one human family.

Email: oliversutari@gmail.com
To submit your article / poem / short story to Daijiworld, please email it to news@daijiworld.com mentioning 'Article/poem submission for daijiworld' in the subject line. Please note the following:

Title: Woman, You are Unique!