The Problems of Modern-day Feminism

What is feminism? This question itself if analysed properly can change entire mindset and revolutionize current movements! The definition seems to evolve with time, changing its nature as people change themselves! I like to punctuate my articles with short stories, here is one of them. A toad and his father were happily hopping away. Far in the distance they sighted an apple tree. A man and his son were reaching out for the apples! The toad looked at his son and croaked, “What a folly. Does he not know only the soft hands of a woman can coerce the tree to bear its fruits?” So saying he leaped away. Years pass by and his son, an elderly toad himself was passing by the same orchard where he saw indeed a sorry sight! A man was cutting down the forest just to reap its fruits by the dozen! What a change in moral and attitude indeed! It is indeed a change of beliefs and morals happening by the day!

Here is an irony of feminism. Judith Butler in 1988 penned down a set of rules to maintain gender identity of women. These rules are what we have seen women conform to in the 1980’s, ask your parents or grandparents. Be thin, wear make-up, and wear ‘proper’ clothes. Be polite, unassuming, submissive and without complaint! She also listed some consequences the women face had they not conformed to the prescribed practices. They would be shunned, called characterless, be unsuitable for marriage etc! 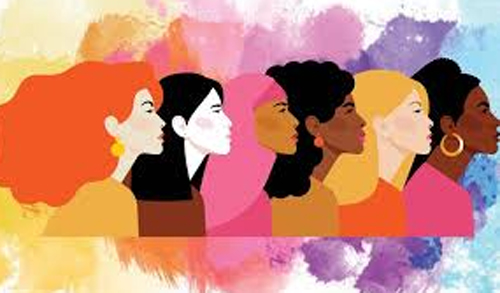 Feminism in the modern times also follows Butler’s thesis! A certain proclivity against jests, never to cater to a man’s gaze, hate men, perform certain private bodily functions outdoors (this may be too extreme) and so on and so forth! In essence, the movement has been warped to such an extent, that even well reads have fallen into the trap of dogma and rule following!

When I speak in favour of women, while applying reasoning and considering the modern societal views, I am sometimes labelled a feminist, as if being a feminist is an insult! The label is hardly kind indeed. I believe it is more so unkind when you are of a different gender. Several instances exist where women who are truly battling the feminist cause, eschew the ‘feminist’ term due to the militancy associated with it! Marissa Meyer, CEO of Yahoo in 2012 said and I quote an excerpt here,

“I don’t think that I would consider myself a feminist. I think that I certainly believe in equal rights, I believe that women are just as capable, if not more so in a lot of different dimensions, but I don’t, I think, have, sort of, the militant drive and the sort of, the chip on the shoulder that sometimes comes with that”

Should we separate race from feminism? Are there issues faced which are unique only to women of colour? Several white feminists believe that is not the case! Evidence to support this conclusion comes from Seal Press, which had not devoted any article space to black feminists! A fable here will do great good! A man was galloping by on his great white horse, only to lose face to the crowd! A bystander blurted out, “What good is your horse, for he has a patch below his head! He is cursed, as are you! The horse heard these jeers and felt sorry for himself. He spoke to the fellow horses in his stable for comfort. Rather than console the horse, all his friends could do were to rant about their miserable lives at the hands of their owner, not knowing that their friend was to become their master’s next meal due to his forbidden patch!

Where are the women? Feminist press seems only to focus on the bubbling froth. They rejoiced when Kamala Harris ran for president and wringed their hands when Meyer did not wish to call herself a feminist! But the depth of the pool lies in economic inequality. The Indian numbers suggest otherwise. Large chunks of the women populace are unemployed or barely making ends meet. Why aren’t the feminists focused there? This seems to be a clear cut example of the glass ceiling mentality as indicated by Laurie Penny. The glass ceiling clearly shows the problems below but the mainstream feminists wish to stare at the ceiling instead!

Here is the deal. Feminist falsifiers labour under the delusion that women are over-represented in the informal sector. Hospitality, caretaking facilities are some of them. What they fail to realize is that these pay poverty wages keeping for bare employment status. Let us call a spade a spade and say that men rise up the economic ladder far quicker, and far easier than women! A plethora of reasons exist for this disparity. Child-birth, looks are some of them!

However, rather than rectifying the root cause, the problem of modern feminism is that only the shallow portions are touched upon.

By Karthik Prabhu
Karthik Prabhu was born in Abu Dhabi, UAE and moved to Mangaluru, where he spent the better half of this decade trying to learn new things! He currently studies at THE LEARNING CENTRE, a sister institution of CFAL. He enjoys creative writing as one of his hobbies, in association with STEM academics.
To submit your article / poem / short story to Daijiworld, please email it to news@daijiworld.com mentioning 'Article/poem submission for daijiworld' in the subject line. Please note the following:

Title: The Problems of Modern-day Feminism