The Environmental Debate in COVID Times

The most popular and dominant response of policymakers to the COVID – 19 pandemic has been to impose a lockdown in places heavily affected by this outbreak. Imposing lockdowns have not been done by one or two nations but it appears to have been the first policy decision taken by almost all governments when they have classified the outbreak as a national epidemic and ultimately the WHO declared the situation to be a pandemic. The purpose is to mitigate the contagion of the COVID – 19 infections in the communities where the outbreak has spread very rapidly.

A lockdown primarily means suspension and withdrawal of human movement and activity within a geographical region. On the one side, this gives time for policymakers and those in power and authority to prepare the health system to manage the problem. At the same time, lockdowns fundamentally involved a decrease in human economic activities especially fall in the road as well as air transport, reduction of factory activities and so on. It removes (temporarily) human presence and intervention in physical spaces. Given the powerful tendency among us humans to meddle with what is not fundamentally ours especially in terms of physical spaces meant for animals, flora and fauna and resources, many environmentalists claim that the lockdown has resulted in cleaner skies, clearer air, more hospitable water bodies with dolphins seen in the Italian coastline, and after almost half a century tortoises are seen in some parts of the eastern Indian coastline. 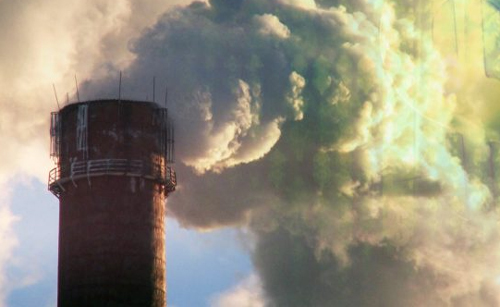 No doubt these realities seen in nature demonstrate the fact that man has encroached into domains of nature where humans are not supposed to be around. Putting it in another way, wild animals have not come where humans are but humans have invaded physical spaces meant for wild animals and other species. A concomitant result has been the transmission of disease from animals to humans as is the case with coronavirus presently, as the popular thinking about the origin of this pandemic goes. This idea has been stated very clearly by the UN’s environment chief, Inger Anderson when he says, ‘Nature is sending us a message with the coronavirus pandemic … ,’. As an extension of this, observation is another dominant environmentalism centric claim that the earth and nature are well and are breathing freely because man as well as human activities have been substantially withdrawn. Here, another angle also has to be borne in mind.

As immediate fallout, this is undoubtedly true if some of the changes in the context of nature are observed. Man indeed overstepped his space. I find that the main source of this problem is the science and education of economics. If one takes any textbook in economic principles read by almost all students, it will contain right at the very beginning three very important precepts. One, man’s wants are unlimited. Second, resources to satisfy man’s wants are limited and capable of more than one use. Third, man is a rational person. The problem with these three ideas is when we invert the logic, inverse the reasoning from the third precept backwards. If man is conceived as a rational being and by being a rational being can surely figure out that resources of this earth are limited with multiple uses why is man choosing to keep wants unlimited? This does not mean man should not have needs. In nature every species has needs. Life in and through nature is an enveloping and embracing phenomenon, what can be called the circle of life, like the song by Elton John in the movie Lion King. So the problem is not with needs but with ravenous wants and ravaging ambitions. So there is this emotive drive – To an extent an honest feeling too - Against the harmful implications of man’s insatiable ambitions that seem to motivate the observation nature is healing, improving and fondly regaining its vitality with the withdrawal of man.

While this claim is doing popular rounds based on certain apparent facts, the premises of this claim needs to be interrogated. In the first instance to posit that nature is now doing well because man is not around implicitly holds the idea that man is not part of nature and there are two kinds of nature – One is nature with humans and another is non-human nature. It foregrounds a state of competitive existence between man and nature.

By this, it falls into the trap of a belief that due to the sixth sense bestowed on man as against other species, in nature man is meant to dominate nature. Unfortunately one would be committing the same fallacy every well-meaning lover of the earth would want to avoid and possibly even erase. The second premise of the claim that things are better when man is withdrawn from the circle of life (life here is everything in nature, for even mountains and tectonic plates move), is to also say that he is no more capable or having opportunities to make mistakes.

Here, a very critical matter has to be borne in mind in that, using the lockdown and other restrictions man’s activity has only been temporarily halted. Attempts are being made to manage the severity of the economic fallout of these restrictions using technology, but according to a famous classical economist David Ricardo, even technology cannot completely offset the diminution of returns from suppression of economic activities. So these restrictions have only suppressed economic and harmful materialistic urges and need not have essentially transformed them, although any well-meaning person would wish it to be so. Putting it in another way, the dominant environmentalist position tending to believe that when man is withdrawn from normal life he might have or possibly been forced to go through conversion and has ceased to have what is previously said ravaging ambitions have not accounted for such a pressing down or temporary exclusion from the consciousness of these urges. So both the premises of the current popular environmentalism centric claim are weak and erroneous.

Man and nature cannot be visualized as compartmentalized entities. The truths, realities and experiences of man and nature cannot be isolated from each other, cannot be made to be portrayed as a kind of competition but are intricately interconnected with each other. Man is not apart from nature but a part of nature. Man is also species as other species in nature. At this juncture, the words of one of the founders of our nation, Jawaharlal Nehru is very relevant and it goes thus, ‘Peace is said to be indivisible, so is freedom, so is prosperity now and so also is disaster in this one world that can no longer be split into isolated fragments.’ The environmental degradation and the consequences we are in this generation experiencing are the results of man’s misuse of nature because Homo sapiens have erred by believing in the so-called natural right to dominate nature. However, rectifying this thought process cannot be done by claiming that nature is better off without man being around because this thinking falls back into the same error of positioning man against nature. Instead, the thought paradigm should move towards man along with nature, man as one with nature, man as one of nature. In conclusion, the basic premise must shift from competitive existence to cooperative existence, from rivalrous existence to co-existence.

(Author Note: Basil V Hans teaches economics and is a passionate writer engaging in many areas of ethics and economic development issues. He has many publications in reputed journals and many books to his credit)

By Dr Gerard Rassendren
Dr Gerard Rassendren teaches economics at CHRIST (Deemed to be University) Bengaluru and is interested in working on the interface of ethics and economics.
To submit your article / poem / short story to Daijiworld, please email it to news@daijiworld.com mentioning 'Article/poem submission for daijiworld' in the subject line. Please note the following: