Humanity is celebrating weeklong Bee Week (from May 20 onwards), to spread awareness regarding the significance of bees and other pollinators, involved, in securing the global food security. 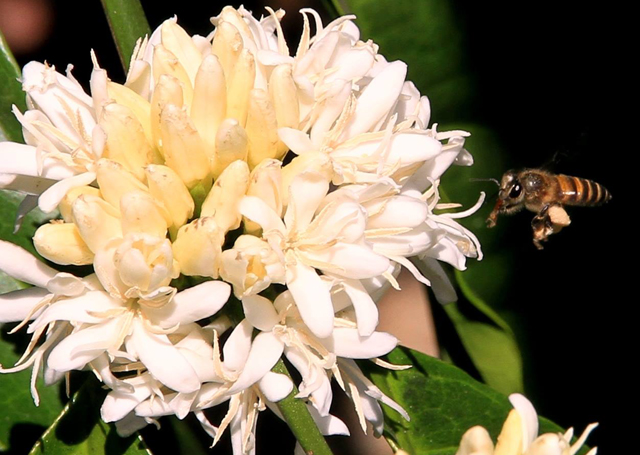 The UN General Assembly proclaimed World Bee Day on December 20. However, this year, May 20 was selected as World Bee Day, as it marks the birth of Anton Jansa, the father of modern beekeeping techniques and one of the pioneers of apiculture on a global scale. More than 20,000 species of bees, organized into seven families, are known to exist in the world. Bees act as crucial links in maintaining the ecosystem resilience, food security and global biodiversity. This article highlights the role of honey bees as pollinators. India can boast of being a centre of origin of the world's honeybee species. Out of the five honey-producing bee species, four have occurred in India since ancient times.

We often confuse the term apiculturist and beekeeper when we speak about honeybees. Apiculturist is a beekeeper while beekeeper is a person who maintains hives and keeps bees, especially for the production of honey.

A few years back, we attended an agri-exhibition at Kadri Park and were surprised, yet thrilled to find apiculturists displaying bee boxes with live colonies of honey bees, and other equipment related to the safekeeping of honeybees. The majority of visitors to these stalls were youngsters, and also students from primary and high school. What a wonderful way of introducing young minds to the world of pollinators!

There is overwhelming evidence provided by scientists worldwide, on the significant role played by insect pollinators, mainly honey bees, in enhancing crop production and conservation of biological diversity. One in three bites of food we eat is dependent on honey bees for pollination. Honey bees pollinate 90 % of the crops (vegetables, oilseeds, fruits) that provide the world’s food security.

However, the importance extends beyond, in terms of pollinating wild fruit trees, herbs, shrubs and vegetables which enable biodiversity to flourish. Honey bees are also responsible for increased yields and superior quality crops. The worldwide economic value of the pollination service provided by biological pollinators is in the range of 300 to 550 billion US Dollars. Honeybees contribute between USD 65 and 70 billion annually.

Scientific research first reported massive die-offs of honey bee colonies in the early 1990s. But the alarm bells did not buzz until the summer of 2008 when apiculturists, world-wide started reporting of a mysterious phenomenon known as colony collapse disorder (that kills about 1 in every 3 honeybees each year) responsible for wiping out significant bee populations throughout the globe.

Scientists know that bees are dying from a variety of factors – Pesticides, drought, habitat destruction, nutrition deficit, air & water pollution, global warming and so forth.

How to overcome loss

To combat the massive die-off of wild honey bee colonies, across the globe, modern horticulture and agriculture practices use managed honey bees (domestic) as a replacement to provide the much-needed pollination services to enhance cross- pollination. But many are unaware that a large body of peer- reviewed research, supports the view that managed or introduced honey bees are spreading diseases to wild bees and also stressing out the remaining viable population of other wild insect pollinators.

How You and I Can Safeguard Honey Bees

• Plant nectar-bearing flowers on balconies, terraces and gardens.
• Place a bee box in your backyard
• Buy fruits and vegetables from local farmers
• Just say no to pesticides and herbicides (ideally, pick flowers that are native to your area and will bloom at different times of the year. Put a shallow container of water in your garden so that the bees have a place to re-hydrate ) 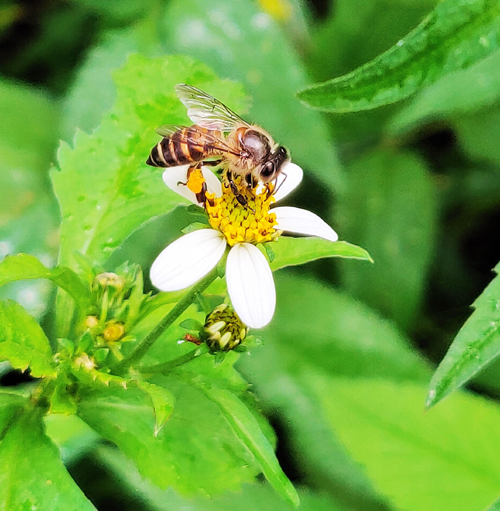 • Keep a small patch of land for weeds to grow in your backyard. It provides a safe natural habitat.
• Buy honey from local beekeepers.
• Start a beekeeping club in schools/colleges
• Introduce flowering trees and fruit trees which provide flowers all the year-round
• Avoid the use of indiscriminate chemical sprays
• Avoid the introduction of genetically modified crops
• Try practicing extensive farming rather than intensive farming which puts undue pressure on the land.
• Employ urban beekeeping as a corporate sustainability initiative.
• Start getting curious about honey bees…Read and update your knowledge.

Honey has been used since ancient times as both a food and medicine.
Used commercially for food, skin creams, anti-ageing lotions, and medicinal wound dressings.

Beeswax and pollen are also produced by these insects and are used in lip balm and other cosmetic products. Propolis, a resinous sealant created by bees to construct their hives, serves as a varnish for stringed musical instruments, and in some countries serves as toothpaste or mouthwash.

As per Food and Agricultural Organization database, in 2017-18, India ranked eighth in the world in terms of honey production (64.9 thousand tonnes) while China stood first with a production level of 551 thousand tonne. The US is the largest importer of honey in the global market and also a top destination for Indian honey. Honey exports from India in 2018-19 was to the tune of $105 million. Punjab, West Bengal, Uttar Pradesh and Bihar are among the leading honey- producing states in India.

Honey bees are the most economically valuable pollinators worldwide. From the standpoint of the stability of world food production, honey bees are of principal importance. Safeguarding honeybees is akin to safeguarding the human race from hunger.

Beekeeping is practiced around the world and can provide a valuable source of income to people in developing regions with relatively little investment. Setting up a few bee boxes does not require a large amount of space and can be accommodated on small raised platforms.

By Dr Anand, Geeta N Pereira
To submit your article / poem / short story to Daijiworld, please email it to news@daijiworld.com mentioning 'Article/poem submission for daijiworld' in the subject line. Please note the following: