All markets are based on simple concepts of demand and supply. If there is a demand for goods, then industry through its different sectors, ensures that there is a supply for the same to match the demand. If there is no demand for the goods, then the supplied goods will accumulate and supply will be abundant. In such a situation, the price for the said goods will fall, because there are too many suppliers offering the goods. Conversely, when there is an appropriate demand for the goods, there is a suitable supply and the price will be reasonable because supply matches demand. Excess demand and short supply will characteristically mean higher prices for goods offered in the market. This explains the market forces of demand and supplies wherein the price for the said goods is determined. 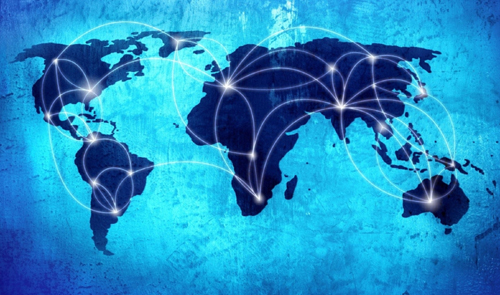 How then is the demand created? It is an offshoot or derivative of consumption. Society needs the consumption of food (groceries) and such basic provisions. The COVID-19 has safeguarded the consumption of all the rudimentary necessities. The question is about the other indulgences, ones that so far have been considered as necessities, but may be termed as luxuries when unemployment and uncertainties of the future arise. Industrial sectors have been mothballed, travel restricted, airplanes grounded, the roads have been emptied of all vehicular traffic, entertainment has been through the internet for all homebound people all over the world. This has essentially meant that fuel has not been consumed.

It is important to understand the simple procedure of the virtuous cycle of consumption first. Take a situation wherein A, a bank employee uses her salary to buy rice for herself by paying the local grocer. This money is then paid to the concerned rice stockist of the area, who then pays it to the local wholesaler. The farmer gets his dues for the rice grown and sold, and realizes that people want to buy such rice as is grown and sold by him. The farmer, therefore, approaches the say, Seed Corporation, which is assumedly a government agency for a loan. More than one farmer now approaches the Seed Corporation, for loans. The Seed Corporation requires funds to disburse loans and therefore seeks the intervention of the government for financial support. Similar requests from other government agencies make it mandatory for the government to need funds to finance the aided government corporations. The government now issues securities to acquire funds for this, say, seed loan project. Now, a merchant bank comes forward to underwrite the securities. The merchant bank approaches the bank where A works, for investment. The bank invests in the government securities, gets sufficient interest to tide over expenses as well as to pay A’s salary. A once again buys rice from the local grocer. Hence the virtuous cycle of consumption. The COVID-19 has not been able to stop this kind of virtuous cycle because it is based on essential commodities.

There can be another kind of virtuous cycle, this time based on industrial goods. A buys a car and pays for it. Automakers sense the demand for cars and expand their manufacturing capacities to manufacture more cars. The expansion has meant more jobs, with more people having purchasing power and disposable income for more goods, hence more consumption. This type of virtuous cycle has been brought to a stand-still by the COVID-19. Perhaps currently, goods like a simple car would be considered as a luxury item to be cut off from the budget menu card. Good news or bad, the COVID-19 aftermath has certainly created nothing short of a Domino effect.

COVID-19 has shut down the entire world, so much so that consumption of all goods other than essentials has died a silent death. People confined to their homes have made travel non-existent. This has directly led to the eerily loud death of fuel consumption, which is the reason for a long line of casualties.

Petrol or gas referred herein as fuel, is a direct outcome of the distillation process of crude oil. Energy consumption is an alternative gauge of economic activity, oil being the most consumed form of energy. Therefore, the price of oil is significant in international commodity markets. Developing countries like China, India and Latin America need oil to sustain their industrialization and economic growth. Right now the prices of crude oil point to a world economy that is stagnant and in a crisis.

The biggest oil cartel, the OPEC+ and big crude oil producers like Russia are in self- appointed charge of crude oil in the world. OPEC, formed in Baghdad in 1960, by Harvard educated Arabs, to counteract the Anglo American Companies, the so-called seven sisters, who carried away sixty percent of the revenue of drilled oil to their country, has been controlling the supply of crude oil to the world since then. An unlimited supply means reduced prices and countries being able to afford the oil easily. This would encourage a spurt of industrialization in such countries, leading to them finding their oil, thus undermining OPEC’s power over crude oil.

Benchmark oils like the Brent crude, a sweet crude (containing less than 0.5 percent Sulphur) from the North Sea, is used to price two-thirds of the world’s internationally traded crude oil supplies as per IPE reports. Dubai sweet crude is a benchmark for sales of other regional crudes into Asia in the Gulf area and West Texas Intermediate (WTI) in the US.

There was a worldwide shock in mid-April at the mercurial reading of a price of MINUS-$40 for a barrel of US oil. Oil is traded in contracts of forwards and futures worldwide. A forward contract is a type of derivative instrument, a contract agreed upon privately between two parties giving the buyer an obligation to purchase an asset from a seller who is obliged to sell the asset at a set price at a future point in time. Forwards are not standardized and are OTC instruments that are customizable.

Futures contracts are financial derivatives that oblige the buyer to purchase some asset, as well as the seller to sell that asset at a predetermined price and date in the future. A futures contract allows an investor to speculate with the contract at hand in an exchange and is therefore standardized. Prices are settled daily until the end of the contract period.

Therefore the price of a barrel of oil means the price next month or three months later, is electronically executed. Airlines companies, whose biggest expense and complete dependency are on crude oil, forecast their demand for oil and thereby enter into futures contracts to keep themselves safe from fluctuating prices. When one buys an airline ticket for a date which is three months in the future, the Airline tells you the cost of your ticket because the math has already been done by knowing the price of the fuel on the said later date.

As per the agreement, the person holding the suitably traded contract on the day of maturity will be obliged to take delivery of the oil stock. Now comes the paradox. There has been no consumption and filled storage capacities have not been emptied for consumption. Currently, loaded oil tankers are seen waiting at almost every port in the world to empty their loads, and countries have no space to offer for emptying these loads.

Traders had to either find buyers for their electronic holdings or personally take physical delivery of barrels of crude oil. Lessening in consumption should have been matched by OPEC+ and others by cutting down the supply of crude to the world. On April 9, OPEC and its allies failed to secure a deal to take a notable amount of crude off the market, after Mexico flinched at the suggested production cuts. OPEC+ proposed a deal to cut 10 million barrels per day. Mexico is a banana republic, an agrarian economy that has found oil. Asked to cut down production by 4,00,000 barrels a day, Mexico has agreed to cut only 1,00,000 barrels per day.

There is then the 31-day oil price war between Russia and OPEC Supremo Saudi Arabia in April. Saudi Arabia, OPEC’s de-facto leader, holds the rotating G-20 presidency this year. This month, in May, it has been projected that the storage capacities will be full. US oil to be delivered in May had settled at -$37.60 per barrel, the first negative close in history.

Former employees of oil companies, which are the biggest job producers in the world look towards their pension from them. Being some of the largest cash churning machines in the world, oil companies pay huge taxes to countries’ economies.

The reports, in brief, are like this all over the world. The BBC reports that up to 60m people will be pushed into ‘extreme poverty’ by the coronavirus warns the president of the World Bank. David Malpass said the bank expects global economic growth to shrink by 5% this year as nations deal with the pandemic. This has already led to millions losing their jobs and businesses failing, with poorer countries feeling the brunt.

Post COVID-19 the world will tread carefully and foray sluggishly into heavier consumption though there are hopes of a global rebound. Wage growth will be lesser than warm, the creation of new jobs seems unlikely with the risk-averse investor thinking twice, and the common consumer being extremely frugal in spending since he is used to living without certain amenities during the lockdown period. Thus the virtuous cycle of consumption has suddenly become the vicious cycle of non-consumption with the COVID-19. The wheels of consumption will need to turn for the virtuous cycle of growth and development to commence.

By Cynthia Menezes Prabhu
Cynthia Menezes Prabhu is a professor in the department of Management Studies, Bangalore University, Bengaluru.
To submit your article / poem / short story to Daijiworld, please email it to news@daijiworld.com mentioning 'Article/poem submission for daijiworld' in the subject line. Please note the following: