Is it Corona Virus or China Virus?

From the day since the WHO (World Health Organisation) declared the Covid-19 (coronavirus) that generated in Wuhan, China and disseminated across the world, as a pandemic, governments of the various countries took lofty measures to secure their population. They blocked all international flights, shut down schools, religious places, shopping malls and large gatherings. The Covid-19 crisis has created a wartime situation around the globe, never has there been such a fear, panic and hibernation since the end of 2nd World War. Prime Minister Modi also joined the global bandwagon and called for a 45-day lockdown of the country. All the major global events were therefore forced to reschedule to a further date and wheels of the world economy were put to halt.

Is lockdown a complete solution for an endemic disease that is spreading like wildfire? In the Chinese city of Wuhan, it worked says the Chinese Public Broadcasting Service! Considering this with a pinch of salt, some medical experts have pushed the idea of a total lockdown, especially in a dense society like India, where the infection is better prevented if it is nipped in the bud. However, on the other side, people have dismissed such a drastic move by the government. 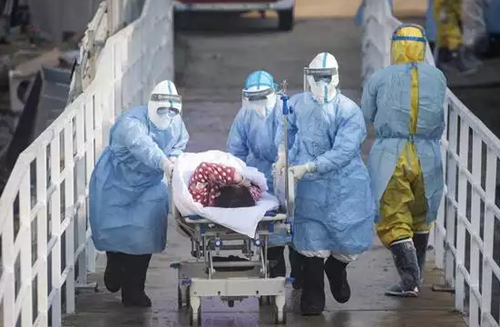 Dr Srinivas Kakkilaya, a renowned consultant physician firmly makes the case, saying 99.8% of the infected people under the age of 50 are making a complete recovery. He believes that coronavirus endemic is a wildly exaggerated threat and deliberately pumped by the media circles. The vast majority of the population need not worry. Therefore, only those infected people over the age of 70 and those with pre-existing conditions should be quarantining. Adding to that, India’s leading Epidemiologist, Jayprakash Mulyil in an interview with Karan Thapar, endorsed the concept of ‘Herd Immunity’ in the population. Herd Immunity is the form of indirect protection from an infectious disease that occurs when a large percentage of the population has become immune to infection, whether through previous infection or vaccination. For the Herd Immunity to be effective, nearly 70% of a country’s, or a state’s total population has to be infected with the virus. Both Dr Kakkilya and Mulyil argue that the government is acting irrationally in pressing the panic button by calling a total lockdown and thereby hampering major economic activity in a country and starving the poor and the under-privileged people.

But why are the governments and international humanitarian organisations in such horror about this pandemic? A) It is a virus that has pace and could be severely fatal to the elderly population B) It would tear apart the healthcare system C) It originated from the great nation of China.

Some World Leaders are holding China accountable and have renamed it the ‘Wuhan-Virus’. Virologists, epidemiologists and disease experts are tracing the roots of the virus to wild animals like pangolins and bats that are widely and openly sold in China’s wet markets. Wuhan is a hot belt for these wet market traders, it is here that the wild animals ranging from bats, cats, dogs, monkeys, swine, rats, reptiles, birds etc are caged in the most unhygienic and inhumane conditions, and slaughtered at the point of sale. The flow of blood that is spilled during the process of slaughter is left uncleaned and unsanitized for weeks and months, making it easy for the viruses and the infections to germinate.

But that is not just the end of the story. Many geopolitical experts are also of the belief that the virus, may have originated from one of the military labs of Wuhan. They claim that the Chinese regime may have mistakenly emitted some of the viruses to its population, before throwing its wingspans to the rest of the world. The fact is that the Chinese government had covered up the news of the virus, when it first appeared as the flu back in October 2019 and failed to lock down their airports. To add to this mess, the World Health Organisation (WHO), the premier public health agency of the world, downplayed the threat of the virus, narrated half-baked information about its effects and unwisely stood behind the Chinese regime.

Meanwhile, in a bitter turn of events, the doctors and medics who first grew suspicious about the flu had been silenced, and as the days and weeks passed by the Chinese communist regime began to surface its evil colours. When it comes to deadly viruses, China has a bad past. Most of the endemics of the 20th and 21st century have its base on its shores, including the SARS coronavirus of 2003 and swine flu of 2009, which have resulted in deaths of the substantial population around the world. There is a powerful global outcry on economically isolating China and bring a case against the Chinese regime in the International Court of Justice, an outcry that is slowly gaining momentum.

For a contagious pandemic like this sort, it could take a year or two, for a vaccine to be introduced, and for now. There is no conclusive medical cure. The only practical cure universally recommended is washing hands with soap and water, maintaining social distancing and human isolation (quarantining). Although, the devotees of the WhatsApp University in India, have been trying lemonade with ginger and thumping empty vessels in a desperate attempt to decimate the virus.

Turning back the pages of history, The Spanish Influenza (flu) of 1918, which interestingly has its roots tied to China, would provide us with a better understanding of a pandemic. This was right after the First World War, the returning soldiers carried the flu to their homeland and villages, infecting a large population at a time. The Spanish influenza was the last of the most gruesome pandemics the world had seen. The flu went on to kill nearly 20 million (2 crore) people in India and around 50 million (5 crore) people worldwide. Much like the modern-day coronavirus, the larger population and the political leadership never saw it coming onto their shores and wipe out a colossal sum of human lives. Most statesmen and leaders ignored the threats of this deadly disease and helplessly watched and witnessed the wave of the
population being wiped out.

One of the striking features of the COVID-19 is that it is high in mobility, lower in mortality. The speed of the infection is faster than any other pandemic ever before. Its accuracy and its unpredictability have put most epidemiologists and medical experts in an unfathomable position. According to certain estimates, the impact of the disease is going to remain for at least a year, if not more.

Uncertainty is the new normal and there is no room for haste. Only time could be the eventual healer. However, if at all the curve needs to be flattened and the world has to come out of this grave pandemic a little sooner, two countries could play a pivotal role, India and the United States. A couple of weeks ago, the WHO (World Health Organisation) and the Centre for Disease Dynamic (USA) had predicted, India as the epicentre of the coronavirus, largely due to its jam-packed crowds and a futile health system.

Nevertheless, two weeks later and a week after the nation-wide lockdown, here we are, India has been showing signs of startling resistance, boosted by a substantial population that is immunized with BCG (Anti-Tuberculosis) and IPV (Polio) vaccines. The other factor, that alleviates India to rise above the adversity, is its worth ethics in its health industry, that has tremendous potential to produce, and the synchronization that persists among its doctors and nurses. The United States has been the worst hit so far, yet their president is hopeful that his country would get through this much sooner, but how? His hope rests with the anti-malaria drug hydroxychloroquine that India manufactures on an astronomical proportion. The vaccine has been relatively effective with COVID-19 patients in India and has been used in many parts of Europe with some success. Trump believes although it is not a ‘knock out drug’ it may still be a game-changer in this ruthless battle. This hope has propelled the US to demand its export from India rather vigorously, which the Indian prime minister has abided. This gesture has been well received in the US and would strengthen the economic ties between the two countries to a new level.

Nothing could be exciting than to witness the newly designed world after we are done with the corona crisis. It would be fascinating to see the bonding of human relationships that have been distanced. There would be tremendous emphasis on medical and disease research, and most countries would be compelled to place a rapid action force healthcare system, to cater to the epidemics. There could also be stronger immigration and airport laws. The world economy, which is sadly being strangled, may go into major recession for a while, before the emerging sturdy full swing, opening up impeccable opportunities and businesses. There is a belief, that India’s global image might propel to greater heights, and would rise as a contender to China, as the new manufacturing hub.

Title: Is it Corona Virus or China Virus?