The human race is facing unprecedented times. Yes, there have been past pandemics in our generation too but none as devastating and as global as the current one. Globalization has been believed to be a great boon for economies worldwide. But the very same globalization has made the virus spread so fast that it has brought the entire world to its knees. No human power has been able to stop it. Neither the military might nor the economic powers of the nations are any match to this tiny microbe which is not even a total living being.

We hope, however, it will be soon over. God willing, we will be on the other side of this pandemic. Various measures adopted by various countries, the rush to find a vaccine, or the search for a remedy might work. Governments all over the world are acting to prevent the spread of the virus. Various efforts to slow down the virus seem to have worked in countries like China and Korea. I believe the Indian government is doing an excellent job compared to many Western countries.

But the question that I have been pondering for a while is what sense are we to make out of this pandemic. 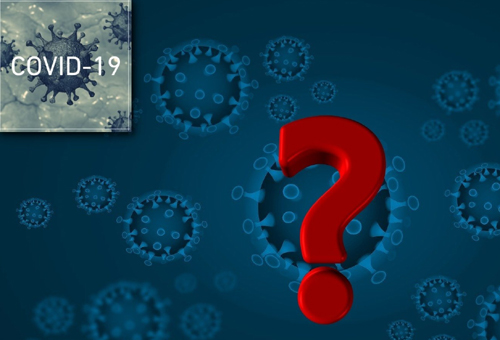 In these times of fear, panic and anxiety we are also seeing a lot of good happening. Reports suggest great improvement in air quality in most polluted cities, birds are back in areas where they did not move around, waterways are looking cleaner and fresher etc. Families are together; they eat together, play together, hopefully, pray together and spend a lot of time with each other. Communities are rising to the occasion to help one another, patriotism is at its peak, faith groups are calling for prayers, for once, governments world over are trying to take care of the poor etc.

How did the virus come? Is it an innocent transmission from an animal to a human being or is it a manmade virus as various conspiracy theories circulating in the social media seem to say? I honestly do not know.

One question that those of us with a religious bent might ask is, where is God in all this? The one true living God who created the universe remains Sovereign. This pandemic has not taken Him by surprise. He has known it all along that this would happen in these days of ours. As a creator and sustainer of that are, what is He saying to us? One thing we can be certain is that He is in total control and is accomplishing His purpose through this pandemic.

God, our creator has always sought that His creation worships Him. He has given us, His creation, the freedom to choose and to choose life than death. Life is available in choosing to obey His commandments. The one thing that God has sought from people is that they acknowledge Him, worship Him and not bow down before any other gods. There is only one God for the entire human race. Although there is a belief in several gods in this world, I simply cannot understand how can there be many gods. Imagine the celestial war between gods, if there were many!

This one true living God desires that human beings seek Him, find Him and worship Him. Instead, human beings have created their gods, gods who fit into their imaginations; gods who can be explained easily, who can be appeased at will, and who allow us to live as we want. As long as the god created by us can be satisfied by us, what need is there to seek this true living God?

God has said that He would never allow His glory to be given to any other and He would make the other gods bow down before Him. A little microbe, not even a complete living being has been used by God to bring all the gods of this world face down on the dust of the earth. In a globalized world, we have many such gods. I am not talking here about the gods people have been worshipping depending upon whatever religion they belong to. It is up to each one of us to search and find if the god whom we have been worshipping traditionally is the true God or a god that fits into our theology.

The true God is holy. The word holy here does not only mean righteous, upright, just, etc which He is for sure. Holy means much more than all these attributes; it means He is separate from anything and everything that of this world. He is unlike anything. He cannot be explained by our puny minds. The moment we can explain our god we become superior to our God and our God is no god at all. We might as well stop worshipping such gods. So when we fight over our gods, is it because these gods are made by us and therefore are incapable of defending themselves?

The God I am talking about, who is Holy, has brought down all the 21st-century gods in no time. Think about the god of money. It has always been about money in these last two centuries. Everything has been about the economy. Yes, we need to have a good economy for the people to have jobs, eat their food, live reasonably well. There is nothing wrong with it. But have we not made money our god? We work, overwork; go out sacrificing everything else to make money. From the least to the greatest individually, from the least nation to the greatest, money has been a god for a long time. Now that god is face down on the earth. We do not know how long it would be for world economies to recover.

Another god is sports. Football, soccer, cricket, you name it have all become gods for quite some time. Premier leagues for all sorts of sports have sprung up all over the world. Millions have started worshipping sports and sport stars and billions are made and spent on sports alone. That god is now down its knees.

Yet another god is entertainment; whether it is films, theatres, pubs, holidays, travel or any other means of entertainment. Film stars have become gods for many people. It has come to a standstill. I do realize it is not totally on its knees as you can still access entertainment through the internet at your home. But it will soon cause nausea if the lockdown gets prolonged.

The world is full of sin. Sin is pervading all spheres of human life. A great deal of public sin is now under control. The lockdown has locked down drunkenness, debauchery, revelry, oppression, exploitation, and all public acts of sin. Of course, sin is of the heart and mind but this pandemic has at least stopped the public defiant sinful acts of men. How long did we think God would put up with these?

We have sadly seen the emergence of autocratic rulers in the last few years on the global scene – East to west and south to north; usurping power, talking boastfully about making our nations, our ideologies, our religions greater etc. We have allowed God-given rules on family, marriage, sanctity of life etc to be broken in the name of progress and alternative ways of thinking. Even in a developing country like India, which has generally been a peace-loving, harmonious nation we have seen separatism, various schisms, vigilantism etc being abetted in the name of religion or superiority of one over the other. They are now
down on their knees.

Is this a wake-up call from the Almighty God? Will we people stop, think and amend our ways? Will people return to God, worship Him alone? I hope a good number of people would repent, would seek after this true living God. Why would an all-loving God allow this? Like a cancer surgeon who mercilessly removes a cancerous growth for the overall wellbeing of a patient, the all-loving God is performing a surgery on this earth now. But if the lifestyle does not change after the surgery cancer can come back with greater force and have no cure whatsoever.

Human nature is unlikely to mend its ways. Once all this is over we will be back to our ways; bickering, fighting, boasting, and making gods for our consumption. But then we will not have an excuse when a bigger disaster strikes which might be the last. We are heading towards the end of the world and have only a little window to turn back to God so that our future generations can seek the true God and live in peace.

I pray that each of us would ponder over this brief personal note to my friends and consider it. We are accountable individually before God and not for others. It is easy to point our fingers at others – At all the evil that is around us - But not examine ourselves. May God help us and may each of us find ourselves alive and well on the other side of this pandemic. Let hope arise for our God is merciful, great in compassion and His love never fails.

By Philip Pereira
Philip Pereira is an Electronics and Communications Engineer from Malnad College of Engineering, Hassan. He is an Engineering rank holder from Mysore University. He has worked in Chennai, India, United Arab Emirates and currently lives in Reading, United Kingdom. Besides being a lay Bible teacher and preacher, he is involved in the church supported social work in Reading, U.K.
To submit your article / poem / short story to Daijiworld, please email it to news@daijiworld.com mentioning 'Article/poem submission for daijiworld' in the subject line. Please note the following: