What World can Teach India about Coronavirus?

The entire world is fighting their battles against the COVID-19. 177 countries and territories have confirmed the cases. I will not mention the number of cases, deaths and recoveries because these numbers are changing by the minute. Every part of the world from Central Asia to South America is exercising lockdowns, with varying degrees of stringency. Clouds of gloom overshadow the start of the decade. India is expected to have around 300 to 500 million cases of Coronavirus with around 10 million people in critical condition by July according to a study by Dr Ramanan Laxminarayan. The state of Kerala alone can have around 65 lac people infected. This, however, would be the case if India does not take drastic measures. We have lost vital time in trying to contain a situation that can never be airtight. Here I intend to look into some successful policies adopted and tragic blunders made by countries, who have been fighting this ‘containment’ battle for quite some time. 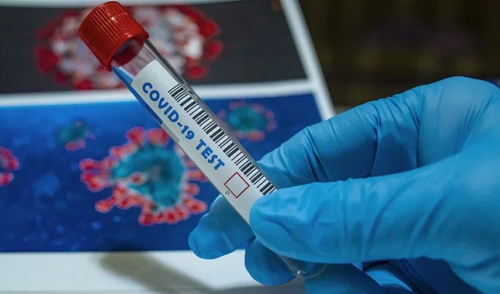 Let us now look into the timeline and analyze what happened over the last four months since the first case that came out of Wuhan, China. When it first started in Wuhan, the doctors ethically decided to sound the alarm bells and communist China decided to mute those alarm bells. These alarm bells remained muted till the last day of 2019 when both the medical fraternity and the government realized the extent of the outbreak. The responsible world authorities were notified and the outbreak became an epidemic in early January. Wuhan and Hubei went into lockdown and the whole world watched unconcerned thinking that this was a situation that will never pose a problem for them. The Chinese are guilty of suppression of information that allowed the cases to trickle out of China. Their authoritarian nature, however, came to their rescue and the world but this time by buying us time by slowing down the spread with the help of lockdowns.

We learnt a few key things from the Chinese that the older and weaker your immune system is, the more likely you are going to get affected. Nevertheless, the data remained untrustworthy given the secretive nature of the Chinese. The virus now started travelling outside China and reached the island of Hong Kong. The city of Hong Kong was quick in tracking cases imposing restrictions and in contact tracing. Here we came to know how exactly transmission can work even in apartments situated on different floors. By this time most of the South Asian countries started getting affected. First, let us look at Singapore and Taiwan. Their cases have remained limited over a long period due to early restrictions on travel. The first source for the virus to enter any country are its airports. The moment you screen the incoming traffic and segregate the infected patients, you solve the problem in its first phase. Also, these countries ran aggressive awareness campaigns. If you do not believe me, check Vietnam's catchy Coronavirus awareness campaign. Japan, where the outbreak was expected to implode, has registered around only a thousand cases, apparently due to strict sanitation and social norms. A low number of cases in Japan remains a mystery because of allegations of low testing. Hopefully, the numbers of cases remain low and the Olympics go as planned.

South Korea handled its incoming foreign traffic well and had it under control till the 31st case. The 31st case unknowingly went to a church and from there the numbers went from thirty-one to hundreds to thousands. But the Koreans took on the virus bravely, and they did something crucial and went on to test their citizens aggressively, testing almost 5000 per million citizens.

They even set up drives in testing services, where you could drive in your car to get tested. The large testing ensured that people got diagnosed at initial stages and recovered faster, thus clearing hospital beds for critical ones. This also helped the country to reduce their mortality rates. The next advantage of mass testing was the immense amount of reliable data treasure that can be analyzed and studied. This model of response has allowed Korea to function without lockdowns despite increasing cases. Germany has also exhibited a similar trend concerning low mortality rates due to high testing numbers.

Okay now, let us look at the countries which have mismanaged, starting with Iran. Iran is a theocratic nation, and by that, you know that the governance model in Iran has strict religious leanings with unstable internal and external affairs. The Iranians severely downplayed the virus and its effects. They also in the initial stages denied mass virus transmissions, but as time progressed they had over 8 percent of their parliamentarians test positive. Poor health infrastructure has been battered by the sudden spike in the total cases arising. Currently, there are over 50 cases that are arising every hour. International sanctions put on Iran must be removed immediately so that they receive essential medical supplies and help. Humanity must ‘trump’ over regional politics.

The World Health Organization (WHO) initially hardly had any access to the Chinese data and slowly started learning from the extensive number of cases popping out of countries all over the world. Despite continuous monitoring the WHO seems to have been a little late in declaring the coronavirus a pandemic.WHO’s response is taken seriously by most countries and some countries depend on its expertise. Being accurate in such a situation is imperative.

Over time, the epicentre was shifted from mainland China to Europe by WHO.

The situation in the European Union seems to be very alarming, Spain and Italy have overtaken China in terms of deaths and the numbers of cases are still rising exponentially. Data suggests that they are still inching towards the peak of their curve. Italy for example, in the beginning, was very relaxed and to be frank looked not worried at all by the Coronavirus. The Italians initially registered a high number of pneumonia and flu-like cases but did not realize that it could be coronavirus which had taken a deep root inside the country. A super spreader went on to spread the virus in Lombardy without being detected. One more thing that the Italian response tells us is that things cannot go as usual after evidence of local transmission and at the beginning of community transmission. Italy, France, Germany and Spain did everything right - Economic relief, suspension of classes/public activities, partial lockdowns to complete countrywide lockdown. However, the only mistake that they seem to have made is that they were slow to react and they lost valuable time. Had Italy been exercising lockdowns 2 to 3 weeks early, they probably would not have been in such a dire position.

What grew from a small hotspot in the French alps is haunting the UK as well. The UK and the US are almost parallel at the same stage in terms of economic policies rolled out to take care of their unorganized sector. But the US delay in response, in lack of testing, monetary lobbying and initial complacency seems to have been the reason for multiple states reporting lockdowns amid a rise in cases. An interesting point to note has been the way Europe and America have kept their manufacturing sector especially their automobile sector on a standby to aid falling healthcare resources. We need to keep a very close eye on the US economic relief policies as well as their measures to maximize existing resources to aid the healthcare sector. Europe’s billionaires have been proactively diverting funds and resources to their social welfare as well. A key point to remember is that the US is almost 10 to 12 days behind Italy and the administration is now actively taking decisions regarding testing and drugs being proposed.

India was quick in putting up travel restrictions and in aggressive contact tracing. I always thought that the virus would spread in India the way it has spread in China, but it looks like it will be spreading in multiple urban clusters as in the US sans the humongous resources they have at their disposal. India's first major concern has been the fact that its quarantine policies could not be enforced properly. We have had cases who have skipped screening, broken quarantine restrictions, have socialized by attending weddings, religious events, and have travelled all over the country.

India’s population does not have the luxury of maintaining social distance and in such case lockdowns are important. However, a balance between the lockdown scale and the society’s capacity has to be maintained in the world's largest democracy. We have seen from the above cases how very important it is to adhere to a time-bound action plan. We need to follow the South Korean example concerning aggressive testing. We need to understand what watertight containment means from the smaller yet more efficient south Asian countries. We should be on standby to use public resources like stadiums and community halls to turn them into temporary hospitals. We also have to be ready for a huge economic impact and protect the vulnerable components of our social structure as well. The immediate need is to protect the elderly by rolling out advance pensions and building up welfare policies for the daily wage earners. The daily wagers are the ones who will have to come out of their houses because they need to put food on their plates by night. Free regulated ration supplies and temporary shelters are a way to address this problem.

India's biggest advantage till now has been its timeline of cases that turned positive. There are so many countries ahead of us that we can create our response model based on our ingenuity with references from the countries which have faced this crisis. Shortly, we will be witnessing lockdowns, mass testing and economic relief policies. This is a race against time and we have to be ahead this time. And hopefully, these measures will prove the predictions stated at the beginning of this article wrong by a large margin.

By Sheldon Mascarenhas
Sheldon Mascarenhas (22) has his roots in Mangaluru, but is currently in Bengaluru. He has a Bachelor of Engineering in Aeronautical Engineering. He has worked as an intern at Hindustan Aeronautical Limited, Axiscades Limited and as a research student at Indian Institute of Science. His interests lie in writing and analysis. He is passionate about subjects such as economics, politics, policy making and technology.
To submit your article / poem / short story to Daijiworld, please email it to news@daijiworld.com mentioning 'Article/poem submission for daijiworld' in the subject line. Please note the following:

Title: What World can Teach India about Coronavirus?