‘History repeats itself, first as tragedy, second as farce’. Attributed to Karl Marx, referring to Napoleon I and his nephew Louis Napoleon (III).

India commences the airlift of its citizens anxiously waiting to return to their motherland mainly from Gulf countries, Europe and North America. Ten flights are scheduled to land at Indian airports on May 7.

It is the largest exodus in history starting from the flight of enslaved Jews, on foot, from Egypt to their promised land, Israel, under the leadership of Moses. The account of this is given in the second chapter of the Old Testament - Exodus. It refers to, among others, the parting of the waters of the Red Sea to make way for the slaves fleeing towards their promised land closely chased by the Egyptian soldiers. Once the Jews were safe across the Red Sea, the waters rejoined and drowned all the Egyptian soldiers with their horses and weapons. 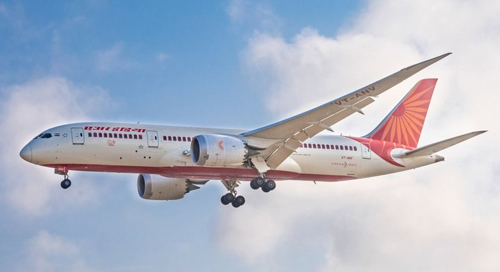 Before I proceed further and in the context coronavirus which is at the core of the present airlift, Exodus has reference to plague of blood, the plague of frogs and insects, plague of cattle and boils, plague of hail and locusts. So, coronavirus has ancestors of different names going back to Biblical times.

There are other long wars and sea and land blockades/rescues known for their length and strength for which I will briefly survey the Siege/War of Troy, the Berlin Blockade, the Gulf War evacuation of Indians trapped in Kuwait and nearby areas.

The Trojan War over Helen

The Trojan War began after the abduction (or elopement) of Queen Helen of Sparta by the Trojan prince of Paris. Helen’s jilted husband Menelaus led an expedition to retrieve her. It involved a fleet of more than a thousand ships from throughout the Hellenic world. They crossed the Aegean Sea to Asia Minor to lay siege to Troy and demanded Helen’s return by Priam, the Trojan king.

The siege, punctuated by battles and skirmishes, lasted more than 10 years until the morning the Greek armies retreated from their camp, leaving a large wooden horse outside the barred gates of Troy. The Trojans pulled the mysterious gift into the city. When night fell, the horse opened up and a group of Greek warriors climbed out and sacked Troy from within.

After the Trojan defeat, the Greek heroes slowly made their way home. Helen, whose two successive Trojan husbands were killed during the war, returned to Sparta to reign with Menelaus. The Trojan War was a 10-year conflict starting from 1260 BC and is best remembered for the wooden Trojan horse.

The Berlin Blockade (June 24, 1948 - May 12, 1949) was one of the first major international crises of the Cold War. During the multinational occupation of post–World War II Germany, the Soviet Union blocked the Western Allies' railway, road, and canal access to the sectors of Berlin under Western control.

The Western Allies organized the Berlin Airlift (June 26, 1948 – September 30, 1949) to carry supplies to the people of West Berlin, a difficult feat given the size of the city's population.

The Americans and British then began a joint operation in support of the entire city. The Western allies flew over 200,000 sorties in one year, providing to the West Berliners necessities such as fuel and food, with the original plan being to lift 3,475 tons of supplies daily. By the spring of 1949, that number was often met twofold, with the peak daily delivery totalling 12,941 tons. By this time the airlift was clearly succeeding, delivering more cargo than had previously been transported into the city by rail.

On May 12, 1949, the USSR lifted the blockade of West Berlin, although for a time the American and British continued to supply the city by air anyway because they were worried that the Soviets were simply going to resume the blockade and were only trying to disrupt western supply lines. The Berlin Airlift officially ended on September 30, 1949 after fifteen months. The US Air Force had delivered 1,783,573 tons and the RAF 5,41,937 tons totalling 2,334,374 tons, nearly two-thirds of which was coal, on 2,78,228 flights to Berlin.

1990 Airlift of Indians from Kuwait

The invasion of Kuwait started on August 2, 1990, and within two days of combat, most of the Kuwaiti armed forces were either overrun by the Iraqi Republican Guard or fell back to Saudi Arabia and Bahrain. The Emirate of Kuwait was annexed, and Saddam Hussein announced a few days later that it was the 19th province of Iraq.

No account of the air/naval evacuation will be complete without inland movement of lac of migrant workers and their families, by trains and buses – For which operation is ongoing.