Three Cheers to Soma! A Cocktail for May 4

It is May 4, Liberation Day or Enslavement Day - Depending on which side of alcohol or sobriety divide you stand. Soma, which was withdrawn from its devotees for forty days is giving its darshan today. It is an occasion to recall its ancestry down the ages and highlight the cocktail of facts and comments on it.

To start with, it was named Soma in Hindu puranas. It was a fermented juice drink that was believed to have been consumed by Hindu gods and their ancient priests, the Brahmins, during rituals. Thought to be an elixir, its consumption healed illness. Soma is personified by the god of the same name. The drink is famously described and praised in a Mandala of Rigveda. 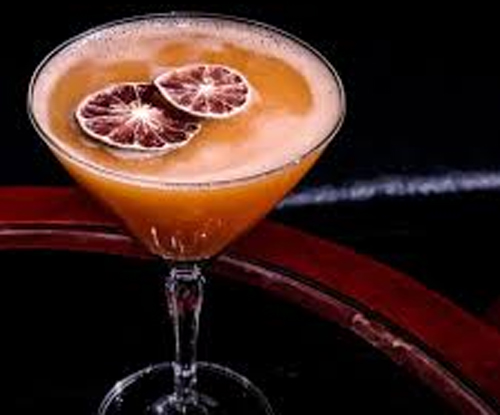 Soma, the intoxicating drink, was perhaps first used in ancient Persia. Soma juice may have been derived from the fermented milky sap of Asclepias acida, a climbing plant that thrived in mountain areas. Other candidates for the origin of the drink, or partial ingredients therein, included hallucinogenic mushrooms, honey, cannabis, blue lotus, milk and pomegranate.

In Indian mythology, the gods gained their immortality by drinking Soma and it was the favourite tipple of the great Indra. They then gave the drink to the archer-god Gandharva for safe-keeping but one day the fire-god, Agni, stole it and gave it to the human race. Not only drunk by priests for its sacred nature it was also credited with uplifting qualities, giving the drinker a boost in energy and alertness. These effects meant that the drink has been considered divine since ancient times; a beverage that brought humans closer to the divine. It was also commonly offered in libations to the gods by worshippers. According to Wikipedia, the go-to source of information, Soma is regarded as the deity who supervises Hindu religious sacrifices.

The drink was personified as the god Soma who was considered primeval amongst the gods and a bringer of health and wealth; in many ways, he is similar to the Greek and Roman gods of wine - Dionysos and Bacchus - while the drink is the equivalent of ambrosia in those traditions. In the Puranas religious texts, Soma is described as riding a chariot with three wheels, which is drawn by a team of ten pure-white horses.

There is more to Soma. But, I will now serve a cocktail of view on Soma and its different avatars down the ages and invite readers to add to the cocktail.

Drinking will make a man quaff,

Quaffing will make a man sing,

Singing will make a man laugh,

Jokes apart, alcoholism and weaning alcoholics from the deadly drink and staying them sober has been/is a prime concern of society. There are rehabilitation centres with degrees of success. Now we are told about a new chemical which seems to offer a sure cure. But, I will return to the subject another time. For now more additions to today’s cocktail.

'I drink when I have occasion, and sometimes when I have no occasion' – Cervantes in Don Quixote.

'Prudence must not be expected from a man who is never sober' – Cicero (Here, as elsewhere, ‘man’ embraces ‘woman’ (Who is no stranger to Soma)

'Drink today and drown all sorrow; You shall perhaps not do it tomorrow' – Fletcher.

'Where drink goes in, there the wit goes out' – Herbert.

'I will appeal to Philip but to Philip Sober'. – Valarius Maximus.

'There are more old drunkards than old physicians' - Rabelais.

Finally, an illustrated poster in a bar: 'A camel can go without a drink for a fortnight. But, who wants to be a camel?'

Title: Three Cheers to Soma! A Cocktail for May 4