High bandwidth applications are driving mobile broadband traffic growth, and smartphones continue to adapt to new demands allowing streaming, gaming, entertainment and new features like augmented reality and virtual reality. Mobile connected devices are already or expected to cross 11 billion which is much higher than the world’s current population of 7.6 billion.

While 5G is a network that promises ultra-reliable network connectivity in terms of extremely low propagation delays (or latencies) and extreme broadband compared to its predecessor 4G, some of its applications make you feel that you are in a completely immersive environment. 5G enablers such as virtual reality where the network will be able to track user movements accurately, or gaming, or remote classes for students, or robots handling very dangerous situations like bomb disposal or firefighting. 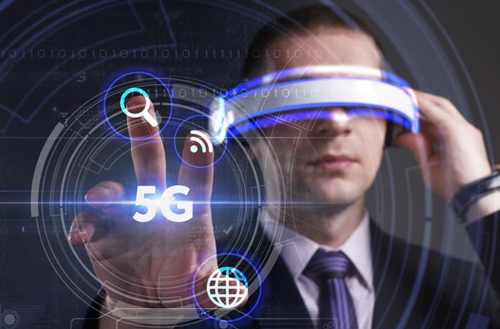 The other interesting features of 5G are IoT or Internet of Things, machine-to-machine communication or factory automation, handling end to end operations thanks to very low latencies close to human response time, or autonomous vehicles with onboard sensors enabling self-driving cars, managing traffic flow and improve road utilization and road safety. Augmented reality is used in several applications mainly military, medical or industrial applications enhancing a real-world graphical view with real-time information such as user’s location and vision.

Mobile technology since the advent of the first digital cellular network 2G in the early ‘90s, has evolved so much that the traffic density today is nearly 1000x compared to its predecessor 4G, thanks to high-end radio resources and gigabit enabled front haul fibre connecting the last mile. The peak data rates are as high as 25Gbps. Unlike in the previous generations of mobile networks where the last mile decided the user bandwidth, in 5G the user is virtually connected to a cloudified network function. Cloudification allows splitting of the network into virtual entities catering to different applications/operators or different users accessing the same application as a virtual network function.

Cloudification and densification both formulate the strategy and roadmap for 5G where extensive cloud-based network functions are made available throughout the densely populated cells thanks to very low OWD (one-way delay) through the fibre network. Information through fibre travels almost at the speed of light and with the new Ethernet-based time-sensitive networking, the distance between the mobile user and the cloud can be several hundreds of kilometre. The fibre network can transport very high bandwidths in multiplexed data streams of 200-800 Gbps each, to a highly densified network.

Lastly, 5G handsets or smartphones need to be built with an ultra-high and wide frequency range (resulting in high radiation levels too) and the current 2G/3G/4G handsets are not capable of operating in such a wide spectrum. 5G services are not backward compatible with 4G or below, meaning that a 5G network user may continue to use 4G services or below but a 5G handset without a 5G core infrastructure will not be able to use 5G services mentioned above. The question today is, are operators worldwide ready for such a huge bandwidth explosion to market billions of IoT enabled devices?

By Thomas Saldanha
Thomas Saldanha is currently working as a Training Manager for an MNC based out of Toronto and he specializes in Transport Networks. He has been delivering training to Telco in over 40 countries. For more information, feel free to contact t_saldanha@hotmail.com.
To submit your article / poem / short story to Daijiworld, please email it to news@daijiworld.com mentioning 'Article/poem submission for daijiworld' in the subject line. Please note the following: