Never think that a person who is committing suicide does so instantly without any warning signs. Such hard decisions are taken only when they feel at utter despair after weighing and trying options available to them to survive. In the majority of the incidents, the underlying cause is lacking in the support system to support the would-be victim of this extreme step. Many a time willful negligence by loved ones is centred on selfish motives. Let us move away from yearly reminders through slogans and face the real reasons head-on if we are to find a solution by addressing the flaws in the fundamental unit of the society, the family. 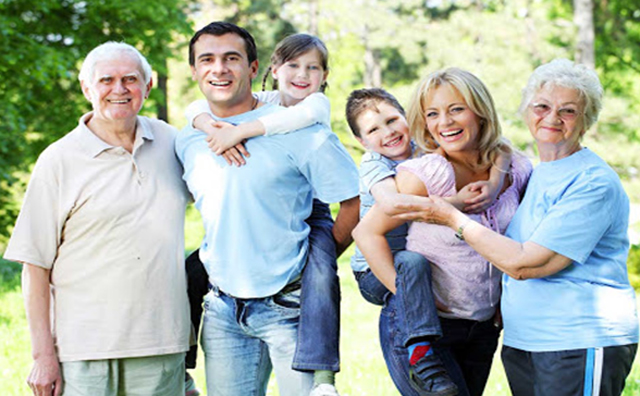 Present day parenting is awful that even the hangings are watched by children sitting beside parents! What message are we conveying to them! That life may be terminated easily, at will? We are glued to ‘contaminated’ entertainment round the clock right in front of our innocent kids. No doubt in almost all the suicidal cases carried out by children the method they use is hanging watched whilst seated on the parents’ lap. Since the last one year, round the clock Nirbhaya episode was shown in almost all the channels which we watch right in front of the young children below age 14. The size of the noose is often bigger than the face of the anchor and the convicts, moving like a pendulum. What the children undergo psychologically watching it we are not capable of analysing. Their age is to see, not to hear the content. Choose your channels wisely. When children are around, watch National Geographic, Discovery etc. Prefer watching YouTube where you are in control of the selection of the topic rather than watching something forced on you with no scope for selection. Parents should ensure that their children read at least half an hour a day.

The basic need is to restore the broken connectivity. We Catholics, have a unique blessing, in that, we have a well-structured religious, educational and social set up. We should make better use of these opportunities. Religious leaders and places have enough potential and reach out to help those in need. We need to focus on building and connecting minds also, not just new concrete buildings. The situation demands every parish to have a counselling unit with qualified people in the domain away from other set-ups that run the parish. Only a couple of real service-minded people should be allowed. For a few reasons/incidents, a similar type of initiative at parish level almost ended citing reasons of non- compliance by the general public. But those efforts were just a complaint hearing session rather than any systematic effective counselling.

For this initiative to be effective, the counselling unit of a parish A should be assigned to parish B, parish C should handle parish D to eliminate biasing and generate respect for the people involved in the effort.

Olden day’s parish level activities should be encouraged and increased. Present-day youth are more creative. Public participation in these events should also be drastically increased. There should be a special appeal during these activities to the general people to actively participate. We, almost everyone talks about old golden days and missing it. The same people when given an opportunity prefer watching TV at home. This attitude should change.

What is going on and identifying the potential victims may be done by visiting homes, will go a long way. This activity should be handed over to the counselling unit only rather than anyone else. After the initial visit, the helpline phone should keep in touch with every home periodically and especially with grey spots. All should feel that they are heard and will be assisted when required.

One of the basic reasons I understood being closely associated with the Europeans and Westerners is our neglect of the subject psychology. This is one of the reasons why religion is dominating our daily life to such an extent. Rational thoughts are absent in us to a great extent. Neither have we respected humans nor animals. The care and love shown by western and European culture toward animals, in preserving the environment and hygienic conditions have come from their understanding of the behaviourism and thought process. We do not make any effort to understand ourselves, the potential and drawbacks in our personality. Increasing incidents suggesting the current approach is not working at its best. Every second day there is a suicide in our twin district, Udupi/Mangaluru and elsewhere. If the current trend is allowed to continue, very soon suicide cases will outnumber the accident fatalities.

We need to stop teaching catechism once the Holy Communion is over, which is after class 3 and the time should be reserved for psychology topics instead.

If we have a close look at the people, those succumbing to suicide, I assume that they lack in quality reading. I personally often feel that lack of quality reading is not only a reason for many social incidents but also a reason for professional failure. I have witnessed candidates with good academic records crumbling when a slight deviation is done in routine questioning during interviews. If such people go home and commit suicide for not getting the job we cannot blame for weakening the job market alone! The biggest difference between successful and unsuccessful people isn't intelligence or opportunity or resources. It is the belief that they can make things happen. My observation is that generally most of the depressed/suicidal individuals have two visible personality traits in them; an extreme opinion, either black or white, they refuse to see in between or the other is obsessive thinking. Worrying is a habit for them. Quality reading helps overcome these shortcomings.

Just like connectivity we need to practice the art of disconnecting as well. Disconnecting from rotten relationships, traits, negative people and mindset and so on. When we are subtracting a useless trait or an individual, we are adding something beneficial to our lives.

The current generation has more understanding about death and hence less fear about dying. If suicide bombers have a few extreme thoughts, to take their own life, these people too have extreme reasons in a similar fashion. Generally, the would-be victim does not initiate to get outside help due to the reason that the problem lies within the closed doors of their home.

Maybe the approach to counselling has slightly adjusted according to current demands. We need to open the doors of grey spot families rather than waiting for the doors to open before someone succumbs there. There are three categories which require immediate attention.

Firstly, the people employed in the Gulf, either working at present or those who have lost their job are broken. The instability faced by those who are still working, reduction in pay; delayed salaries have started impacting their daily life heavily. We have read about a couple of incidents. They cared for us by donating regularly to nurture the growth for a catholic cause. Now it is the responsibility of the natives to help them stabilize during their days of crisis (psychological support). Gulf countries are almost a closed chapter that played a glorious part in our all-round growth. (This is going to impact the fresh graduates entering the job market from our region). Every Gulf country is driving localization adding fuel to the already existing recession. Neither in jobs or salaries. Most of them are in the middle of having their own house, pending EMIs, marriage plans, newly married and a few other dreams. It is very painful for them to survive the current onslaught.

Graduates finishing education and entering the job market in India are also a potential victim group. The reason is no jobs and awful salaries. Most of them do not do anything when we advise them and they fall prey. The third category is students; it is a common trend of a few years wherein the examination performance is related to pressure and results. A student who scores 100% in science subjects will not score even passing grades in ‘emotional intelligence’ which could have otherwise made him survive in case of a breakdown!

To be precise, every home may have a hidden victim under the circumstances. We have read about some cases of mass suicides and murder cum suicides that shock us. (It is difficult to predict the victim’s mindset, until that moment of the act of suicide, they look like cowards, but what they do the very next moment needs extraordinary courage!). We should wake up and prepare to face this new eventuality. Turmoil in the Gulf is going to hit almost every family in our region across all religions in every way possible due to our extraordinary dependence from decades and failing to develop an alternate source of income over the years. Falling earnings will add further fuel to the already depressed minds.

If we want to effectively prevent suicides and depression, the people of the age group 45 to 75 should act more responsibly. They are the leaders of their tiny environment at home. Increasing incidents indicates the current approach is not working to its best. Every second day there is a suicide in our twin district. Udupi/Mangaluru and elsewhere right in the middle of the campaigns and writings. We are overlooking the root of the problem, the family. If the current trend is allowed to continue very soon suicide cases will outnumber accident fatalities. Analyze every suicide case, whatever the external cause it may indicate, the point of origin is the family.

I have witnessed a few of my closely knit people committing suicide in the last two decades. Barring one, the rest have all had severe stress at home generated by loved ones. Nothing much can we do when the air we breathe is poisoned. Getting away from the environment where we are born and brought up however poisonous it is, is not an easy task even though it is the best option to save lives and find peace.

Hence, the best option remains is to rectify the environment we live in without which, all the other efforts will be meaningless. The trend of increasing suicide cases is proof of that. We are acting at the wrong pace. Mere slogans once a year do not help. There should be sustained efforts at the micro level involving individual families. As I said in the Catholic circle it may be done with a little effort since we already have a structured setup. For other communities, they too should initiate a structured process for this social cause and act swiftly.

The next five years /decade will be a testing time for our region considering the Gulf situation and conditions back in India. Depression will be at an all-time high. The families flourishing until now will find it difficult to cope with the situation.

I feel that somewhere true love and affection of the olden days are missing in the family and may not return to reality. Blackmailing, intimidating and cheating are routinely embedded in daily life. The trend exhibits that this will be the reality going to exist. Every victim has a family and a member of a family. Do not ever think that family members were not aware of the victim’s circumstances.

It is not that our conscious should wake up only when we encounter a problem or have a disease like cancer or on the death bed to understand the meaning of life and impending death. We cannot build a paradise on someone’s grave. If that happens we will be committing a great sin. A wilful negligence of a family member or a member of the society we live in leading to suicide is a passive murder.