Milking a cockroach??? Are you kidding?? What a weird thing to do? Or is it possible? Technology might probably do it in the future. But I could tell you about this nutritious, superfood known by the name ‘cockroach milk’.

Though it appears strange, a study that was conducted by S Banerjee and team, published in IUCrJ (July 2016) reveals that the milk obtained from a specific species of cockroach called Diploptera Punctata (Pacific beetle cockroach) seen in Hawaii, is beneficial for humans. 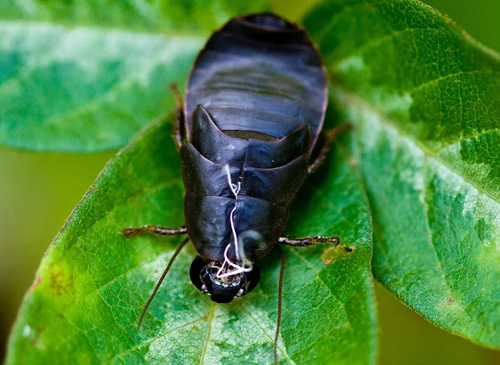 The protein present in the milk seems to be four times more than the normal buffalo milk. This category of cockroaches does not lay eggs but gives birth to its offspring like how mammals do. It is found that the female omnivore starts lactating once it is 40 days old. The mother cockroach releases a pale, yellow coloured liquid, a milky substance from its brood sac to the embryo. The protein crystals present in the mother’s milk when digested produce amino acids which in turn become a constant source of fundamental nutrients required for the body’s growth.

Due to its high nutritive value, this milk could be included in the human diet plan. According to studies, the roach’s milk works well for people who are allergic to normal milk and is said to have the potential to avert diabetes, cancer and other heart-related ailments. Gourmet Grubb, a South African company has even launched a product named ‘Entomilk’ made from the milk procured from sustainably farmed cockroaches.

As the calorific value of the milk is on the higher side, excess consumption might lead to weight gain. On average, pacific beetle’s milk has 700 calories per eight-ounce cup whereas buffalo milk of the same quantity has merely 235 calories. Studies need to be undertaken to know its effect on pregnant women and children.

The idea of milking cockroaches is a tedious one and as per the science website Inverse, around a thousand cockroaches should be milked to obtain 100 grams of milk.

By Varghese Johnson
Varghese Johnson is an assistant professor at St. Joseph’s Institute of Hotel Management & Catering Technology at Choondacherry, Palai-Kerala.
To submit your article / poem / short story to Daijiworld, please email it to news@daijiworld.com mentioning 'Article/poem submission for daijiworld' in the subject line. Please note the following: