We always please others in every aspect of our lives by thinking very much about our behaviour, as we want to change based on the societal need. For example, we always compare ourselves as well as our children with others.

In the present generation, parents compare their children based on their requirements with others. The present world is very much competitive and we particularly compare with the materialistic situation. On December 24, 2019, a suicide note written by a 15-year-old girl mentioning the materialistic need - Is a lesson for all families, to understand the uniqueness of the children’s desire, because nowadays we all go for children’s materialistic needs rather than their psychological needs.

Many parents think ahead for their children to opt for engineering as their career because of the status they understood in the society of that profession. So they spend nearly Rs 5-10 lac on education and when they complete their study, they struggle to get a good job. Sometimes a basic job comes with a minimum salary of Rs 10,000.

The state of Working India’- Report states that 82% of males and 92% of female workers earn less than Rs 10,000 per month. India has been struggling to convert its high rate of economics into good jobs. We think economically where our children stand? By getting distinctions and later getting a job worth Rs 10,000 per month, will it be enough to feed their family? This might lead to frustration and depression.

Suicide is identified as one of the leading causes of death in young adults of age group 15–29 years among both males and females. In India, suicide is still thought to be underreported, and suicidal attempts are estimated to be twenty times that of completed suicides as per death records. Digital media plays a major role and face-to-face interaction is less because of the computer digital world.

One of the best examples is we send love emojis in social media, but when we meet the same persons we ignore them. This happens because of the busy schedule that we face in society. The World health organization and National Mental Health Policy of India took suicidal prevention as a major goal, but the suicidal rate is increasing day by day. Many preventive measures such as suicide helpline, school mental health programmes, counselling and enlisting support of the friends are proved to prevent suicidal tendencies.

In this world everyone is different. These are influenced by genetic and environmental factors that determine their personality. Genes account for 30-50% of the personality determination and the rest is made up largely of environmental influences unique to the individual. Personality is a broad term describing how people consistently relate to the world and their inner self, until their developmental period. These patterns of relating remain reasonably stable throughout life.

“There is nothing new under the sun? Usually, everything is monotonous in life. Well, perhaps material things do not necessarily bring one happiness. That is a fact of life. It is a hard fact to understand sometimes. In this busy life, we compare ourselves with others in a competitive way and tend to forget the cherished moments in our life. Many children especially young adults do not share their feelings either with their parents or with their peers. Many young adults face loneliness because of the digital media. So we should understand the importance of the beautiful alcoholics (Serenity) prayer penned by American theologian Reinhold Niebuhr penned. 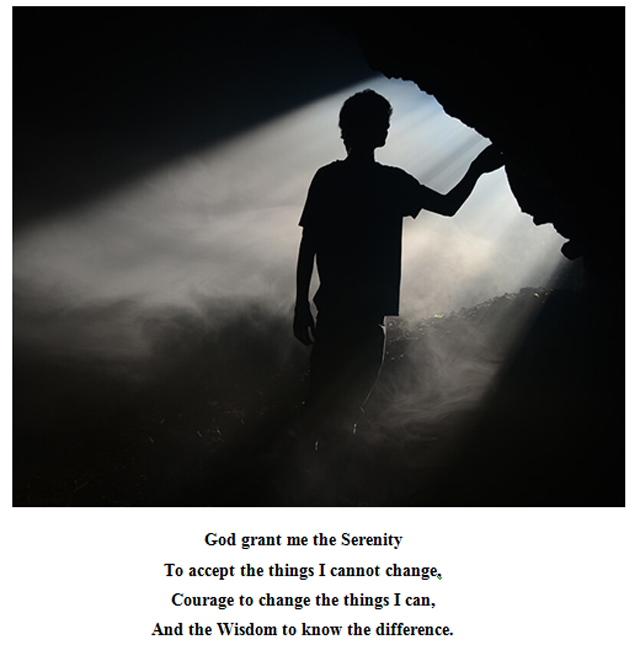 In the present generation, people are very much enthusiastic to reach their goal. Unfortunately few may fail to reach their goal which may lead to depression and may later turn to suicide. Every individual should know the meaning of the serenity prayer. Acceptance is the key to happiness. There are many things for which we have no power over. Trying to fight against or resist the way things are is a mere waste of energy and may lead to suffering. Serenity comes with acceptance of the fact and maintaining the peace and wisdom to know the difference in the individual.

By Dr Maria Pais
Dr Maria Pais is an assistant professor in the Department of Obstetrical and Gynaecological Nursing, MCON Manipal.
To submit your article / poem / short story to Daijiworld, please email it to news@daijiworld.com mentioning 'Article/poem submission for daijiworld' in the subject line. Please note the following: