The World on its Knees

Predictions about the disasters are useless, unless someone take a note of such predictions beforehand and be well prepared for the devastation or more effectively, prevent them from happening.

In Sapiens he surveys the entire length of human history, from the evolution of Homo sapiens about 70000 years ago along with other human like species Homo neanderthals and Homo erectus, the development of their cognitive abilities, up to the political and technological revolutions of the 21st century. 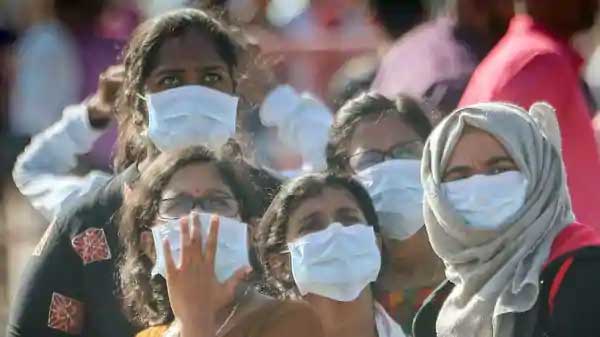 Where as in Homo Deus he is examining possibilities of the future of Homo sapiens. The book's premise outlines that, in the future, humanity is likely to make a significant attempt to gain happiness, immortality and God-like powers. The book goes on to openly speculate various ways this ambition might be realised for Homo sapiens in the future based on the past and present. He predicts the possible consequences of a futuristic biotechnological world in which intelligent biological organisms are surpassed by their own creations. He speculate that we as a species will mutate ourselves into new God-like species, Homo Deus.

And we all believed that with its technological advancements in the fields of artificial intelligence (AI), bio technology and nano technology, human race is going to achieve that in the near future.

The scientific advancements in the field of AI predicted that by the year 2040, we would achieve technological singularity. Intelligence explosion, in which an upgradable intelligent agent will eventually enter a "runaway reaction" of self-improvement cycles, with each new and more intelligent generation appearing more and more rapidly, causing an 'explosion' in intelligence and resulting in a powerful superintelligence that may achieve self-awareness and qualitatively far surpasses all human intelligence.

The advancements in the field of medicines, bio technology and nano technology predicted that the death will be optional for us by the year 2040.

Advancements in space science and technology predicted that we will be capable of colonizing Moon, Mars and beyond.

We believed we have the best of the political systems governing the different parts of the world. Every system, be its communist, democratic, imperialistic or some other, boasted its own superiority over the other and claimed to be the best equipped to manage its population to the best of its knowledge. Most advanced countries boasted the best of the medical facilities that equipped to face any kind of medical problems, and ridiculed the others, the less privileged.

Our Gods and religious systems did not stay behind in this race and claimed the solutions to the each of the problems faced by the humanity and offered answers to the questions of our existence and purpose. Every God, every religion claimed its supremacy over the other and we did not hesitate to kill each other in the very name of the Gods supposed to protect and bring peace to humanity.

Then it hit us…

It’s not even a living thing. Just a few RNA (Ribonucleic Acid) strands covered with a protein sheath, so small that normal microscopes can’t see it. It was there all along, but novel because of its new avatar or strain. It requires a living cell to start its activities and all it does is replicate itself. Nevertheless, in this process, it created havoc and chaos and succeeded to bring down the whole, mighty world down on its knees without any discrimination. The powerful, highly developed nations, their poor counterparts, democratic, communist or imperialistic, it treated them all the same. It did not see the religion, language, qualification, financial status, economical background or the geographical location and easily be termed as a great equalizer.

We had several warnings. We had so many pandemics those wiped off millions of lives in the history. Apart from that, Bill Gates and former US President George W Bush and many others scientists and visionaries have warned well in advance about such out breaks and suggested the ways to be prepared.

There are few pictures and videos in social media going viral now about some books and movies, which predicted about the pandemics.

Funny thing about such predictions, including that of the famous Nostradamus are that they all surface after the event and everyone jumps into the bandwagon to say, ‘Look, I told you so’.

Predictions about the disasters are useless, unless someone take a note of such predictions beforehand and be well prepared for the devastation or more effectively, prevent them from happening.

Our Gods, religious, political, technological and medical systems did not know what hit them. Its proved beyond doubt that all Gods and religious systems, all kinds of political systems, scientific advancements have failed in their current avatars and they are not equipped to face a pandemic of this kind.

There is not a solution in the horizon. We have not reached a plateau as of today and the number of positive cases and deaths are steadily rising all over the world. Moreover, nobody knows for sure if there will be a solution and if at all, when.

And if we survive this pandemic, and I don’t know how many would survive, the world as we know will change. A change like never seen before. However, a change that’s the need of the hour.

The survivors of this new world order need to sit together and retrospect about the way we ran our world so far. They should determine if they need Gods and Religions, and if yes, in which format? They need to revamp all the political, technological, economical and medical systems in their current avatars and design totally new effective systems which are well equipped to run the world in a just and fair way.

A new world that gives every human being an equal opportunity of existence and well-being.

The Risen Ape is yet to find its ground in the larger schemes of things.

By Kishoo, Barkur
To submit your article / poem / short story to Daijiworld, please email it to news@daijiworld.com mentioning 'Article/poem submission for daijiworld' in the subject line. Please note the following:

Title: The World on its Knees