The Eclipse of Silence

We are familiar with solar and lunar eclipses. It takes place when the Sun or the Moon is shadowed. Have we ever heard of the eclipse of silence? Surprisingly not, but interestingly, we are thoroughly in it. Indeed, the word “silence” today has become silent; silence is silenced, it is eclipsed. Silence nowadays has no home, no space and no status. Silence is nearly an endangered species of our generation. Yes, we live in a world of noise. There is noise in the morning, noon time and even when the sun goes down; noise around us, outside of us and within us. Noise of all sorts: The cell phone ringing endlessly, the message tone popping up at every second, the loud bombarding music, the TV programs, internet bazaar, thus the list goes on. There is so much of noise around us: at home, in the streets, at work place… Oh yes, noise everywhere. But that is not the end of the story. Today, the noise has pierced inside of us. It has penetrated our inner selves; the noise of worry, anxiety, tension, distractions, is incessantly knocking our minds and hearts. Where can we flee from the hullabaloo which has invaded our lives and infected our surroundings? Have we not become victims of the noise? Has it not become a new sort of drug to which we have become dependent? As a result, we are awfully scared of silence. Silence, for some, has become boring, disgusting, even killing. For the man of today, silence could mean an emptiness of the self, an anxiety into a nothing, a leap into an abyss; a bottomless void; a boring and insipid existence. Some others consider, silence as a reality of the past, outdated; a legend, a piece of treasure looking good in the museum. Thus, it almost looks like human person has turned his back to silence. Should silence thus be forgotten or has not time come to rediscover the meaning and significance of silence and find its true worth. I feel it is necessary to revive the sanctuary of silence. Silence requires a renaissance, reconsideration, a reawakening, for we cannot be allowing ourselves to be totally inundated by the power of noise but fortified by the power and majesty of silence. As the Christian community is living in the season of Lent, a season of grace, a season of blessing, a season of silence and contemplation, it is an opportune moment to reflect on this noble, precious and essential treasure of human existence. 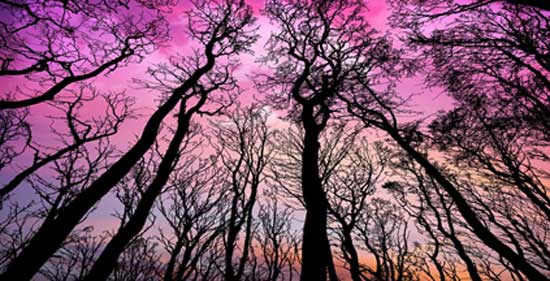 Let me first and foremost affirm what silence is not:

Silence is not an absence of talk. No doubt, the virtue of silence necessitates less of talk and more of listening; more of contemplation, more of serenity, more of openness towards others. Silence is the presence of peace, joy, inner freedom, liberation from internal constraints; it is the presence of love, of devotion. Silence does not mean absence of communication, on the contrary, silence constitutes the most powerful and vibrant way of communication wherein our deepest thoughts and sentiments can be shared.

Silence is not defeat. Silence sometimes is thought to be a gesture of defeat. When I am silent, I am weak and fragile, I lack backbone; I have no force or guts. But in reality, it is not a defeat. Lives of great men and women, warriors, saints, seekers, prophets, scientists, has shown that silence often has been a forceful sign of self-strength, it bolsters inner power and force. Great spiritual giants have proven this fact. Look at Jesus, facing Pilate, the Roman Governor, the powerful ruler of the time. Pilate mocked at him, Pilate insulted him, challenged Him, But Jesus did not speak, he was silent, the silence of Jesus was his inner strength. He was stronger than the powerful Roman Governor. Pilate felt uneasy, perturbed, on edge. Pilate was totally shattered vis-à-vis the silence of Jesus. Pitifully, Pilate does a cowardice act of washing his hands. For Jesus Silence was the source of great strength.

Silence is Power. Nature proves this verity. Look at the seed sown in the ground, it does not speak, does not make any noise, but the strength of the tree or the plant depends on the time spent by the seed under the earth in silence. The absence of sound is not the absence of power but it is the presence of inner strength, self-mastery and self-realization.

Silence is Sublime. Silence regenerates, it empowers, Blaise Pascal, a renowned French Philosopher said, “it is in distraction man is lost but in silence, he finds meaning.” According to the great mystique, St John of the Cross, “to meet God, silence is the most powerful way and means”. Our communion with the divine happens in total and sublime silence. It is the language of the realized, which nourishes wisdom, enables to discover the hidden treasures of our hearts.

Silence was the capital force of Jesus. For thirty years, he was silent preparing intently for his mission. He was in complete silence for forty days and nights before commencing his public mission. On the journey or the way of the cross, he kept silent most of the time. He endured suffering and death through the language of silence. The sound of his silence was more powerful than any words. Silence was the tool used by Mother Mary to follow her son Jesus. She pondered most of the time on the words of Jesus. Her silence was sublime, joyful, exuberant and fecund. St Joseph, no doubt is the Father of silence. He said nothing but in his nothing there was everything.

Silence is Life. The nature does not talk or shout, the sun and moon only shine, the stars only twinkle, the trees only whisper, the flowers bloom, the rivers and seas just sing, We have seen, when a ray of sunshine pierces a black sky it gives birth to a rainbow. When we are faced with staggering beauty, what do we say? Usually nothing, we are rendered speechless. To gasp in amazement at the incomprehensibility of the universe is to taste the waters of silence. Awe, wonder, and joy are silent. They beckon us, but their call is silent. To be aware of their presence, we have to be still and listen.

To be in silence is to listen to myself, the inner world in which I live, listen to the sacredness of my being, the inner display of myself. Without silence the mystery of my inner self, the core of my being is lost, my life is reduced to fear and anxiety. To be in silence is to listen to the voice of my God, for He speaks to us in silence. “Have you not heard His silent steps … He comes, comes, ever comes” sings the most luminous Poet, Rabindranath Tagore. Silence is a ladder to reach the divine and the sublime. The first language of God is silence and to understand this language we need to be in silence. Silence liberates human person from the allurements of the world. In a world inundated by noise, the Christian celebration of the Lent and very specially the Good Friday, a day of total and absolute silence, enkindles us to see the pristine beauty of human existence in silence and to savor the power, wisdom and love of God in silence.

Title: The Eclipse of Silence