An Equal World is an Enabled World

International Women’s Day will be celebrated around the world on March 8. It is a day that recognizes women for their very being, personality, achievements and more than anything else, her worth and influence in every person’s life irrespective of her gender, nationality, ethnicity, linguistic, cultural, economic or political scenario.

The theme chosen for this year’s celebration is - “An equal world is an enabled world”.I would like to add the word ‘gender’ to it - “An gender equal world is an enabled world”.This is actually good news for both men and women. Often there is a tendencyto focus women as feeble, a contention that keeps men above women in terms of physique. We are made to think of gender inequality from a World thatportrays men as fit to earn and females as managers of household chores. Now-a-days this perspectives doesn’t find easy acceptance for either women or men. 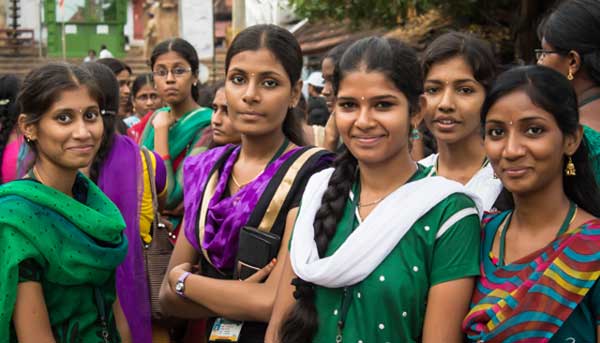 The gender assumptions are everywhere. In this world every individual wants to get respect from society, so we women too are human beings and have the right to be treated equally in society. A woman is usually weaker, and respecting her means that you are not taking advantage of it even though you could. She is not a thing to be possessed, she too is a human being with her own free will, choices, talent and opportunities. Acknowledging this worth of a woman means respect.

Feminism is governed by the belief that men and women should have equal rights and opportunities and this is the theory of the political, economic and social equality of the gender. Now-a-days feminism has become unpopular and women are choosing not to identify as feminists. Nevertheless, women should be given the freedom to make decision about her own body, about what she thinks is her right and that she too is part of decision making process that will affect her life.

Fundamentally there is no such thing as superiority or inferiority. Superiority is a notion that has come because of male domination. We tend to send boys to get things to the home, so our self-created notion of men as bold to go out has led to the situation in the society. Present day women are active and participating in all fields such as education, sports, politics, media, science and technology. Women also are involved in campaigning to bring about social and political change with regard to injustices such as female infanticide, rights and safety of women etc. Since many years there is increase in number of cases of violence against women, mainly due to the greater exposure of women in society.

In ancient times, women were restricted to the four walls of the houses but globalisation gave them opportunities to stand tall and bold in all sectors at par with men. Today we even find women as auto drivers and CEO’s of reputed companies. In India many cases of domestic violence against women are happening because male uses these weapons to show his superiority at home. Womenare not at all safe in their own houses as well as their workplace.

Women’s safety is a right. It may sound like a cliché adage to repeat. Most crimestake place because women are not aware of the laws that are in place to protect them. In India, thelife expectancy of women is low compared to other countries, but it has revealedsteadyadvancement over the years due to education and by women rights groups. Still manygirls are facing nutritional as well gender discrimination within the family. Almost half of adolescent girls are chronically malnourished due to the negligence which is shown in the family.

Every woman has the right to live in dignity, free of fear, coercion, violence and discrimination. Every woman has the right to health, including sexual and reproductive health. Yet for millions of girls and women worldwide these rights are denied. Violence against women should be avoided. Based on the principles of respect and gender equality the lessons learned from evidence-based results on what works in preventing violence from occurring and recurring, World Health Organization has developed the adage - 'RESPECT WOMEN' by preventing violence against women”.

The strategies derived from the word RESPECT is:

In order to enhance women safety in India the first task is to change thepeople point of view,by educating every individuals that every person has the right to be safe. Our Constitution states that every single person is equal before the law, so women should know the importance of legal rights to protect herself. Every educational institutions should encourage to respectwomen. It is everyone’s responsibility to implement all these laws pertaining to the welfare of the women in this society.

By Dr Maria Pais
Dr Maria Pais is an assistant professor in the Department of Obstetrical and Gynaecological Nursing, MCON Manipal.
To submit your article / poem / short story to Daijiworld, please email it to news@daijiworld.com mentioning 'Article/poem submission for daijiworld' in the subject line. Please note the following:

Title: An Equal World is an Enabled World