When Birds of a Feather Flock Together

It was indeed a sight to behold! A few enthusiastic birdwatching teams with their cameras, binoculars and field guides were on a birdwatching outing and were thrilled whenever they sighted birds of various shapes, sizes and colours. Such a sight is an annual event at Kaiga Generating Station in Kaiga in Karwar for the last ten years. As the birds go about their daily chores and in the thick foliage of Western Ghats surrounding the sylvan hamlet of Kaiga birdwatchers were trying to identify the birds by listening to their calls or by looking at their size, shape, flight mode or sight them when they perch and balance delicately on tree branches or bushes. Every time they saw a bird they spoke in hushed tones (not to disturb the birds) and their binoculars and cameras were directed in the direction where the birds located to have a closer look or to capture them in their cameras. The excitement was palpable among the participants every time they spotted a bird especially when they were able to identify it or could get a good still in their cameras. Their child-like enthusiasm to study and observe the birds, their habitat and also identify any new species of birds in the region was evident to an observant eye. 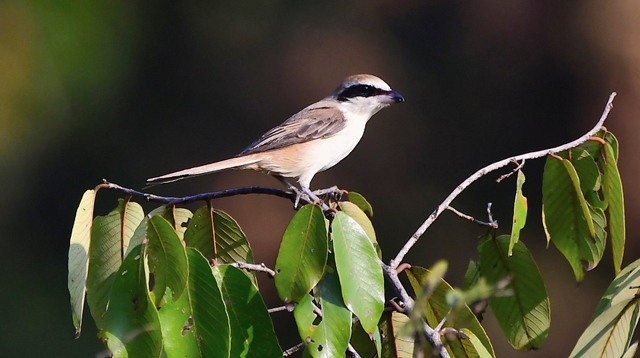 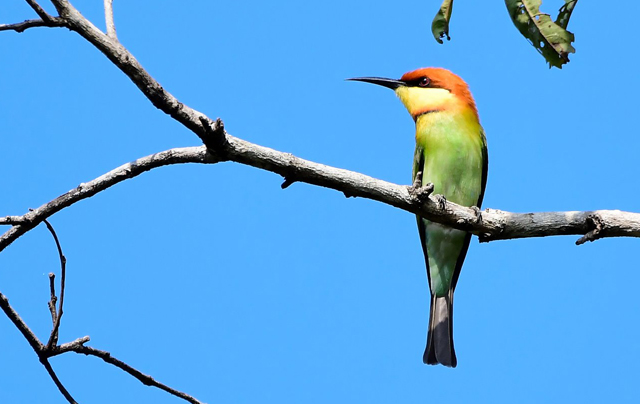 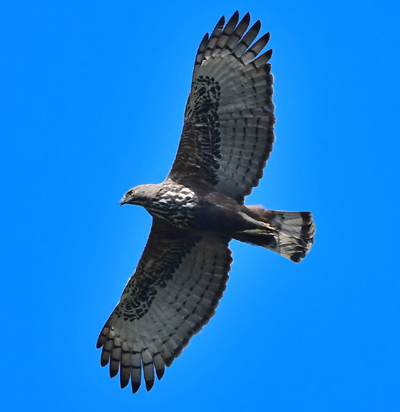 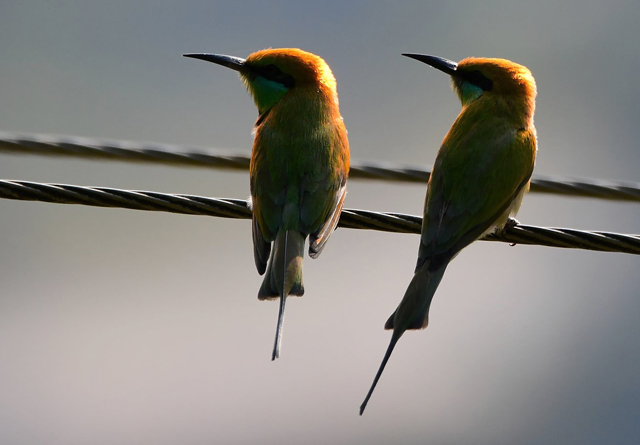 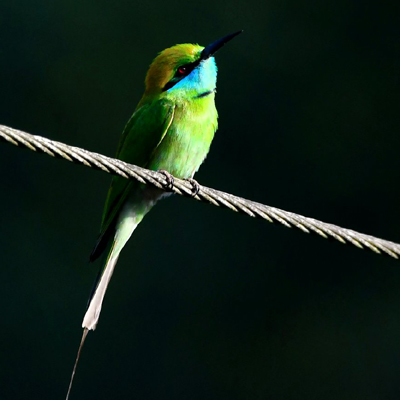 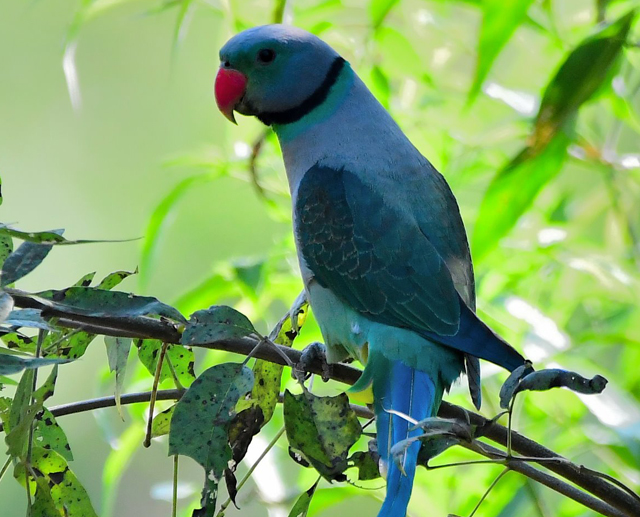 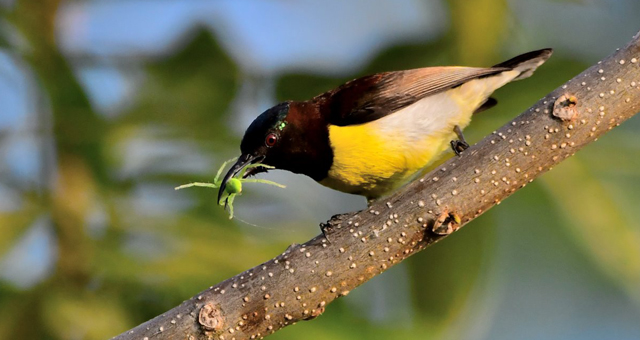 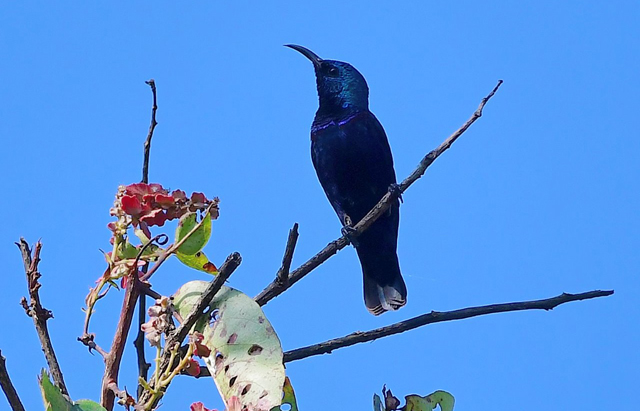 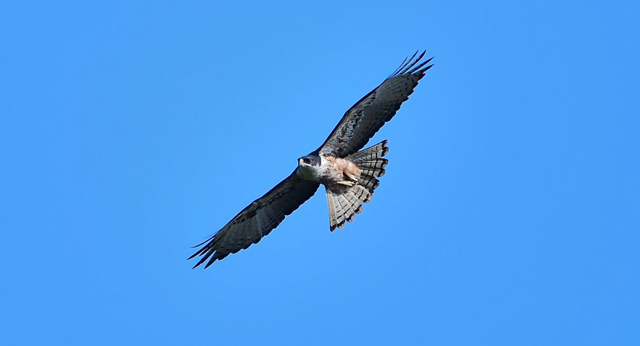 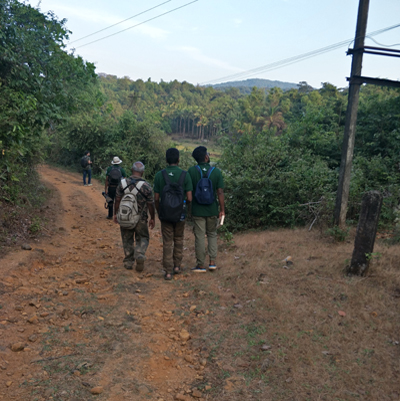 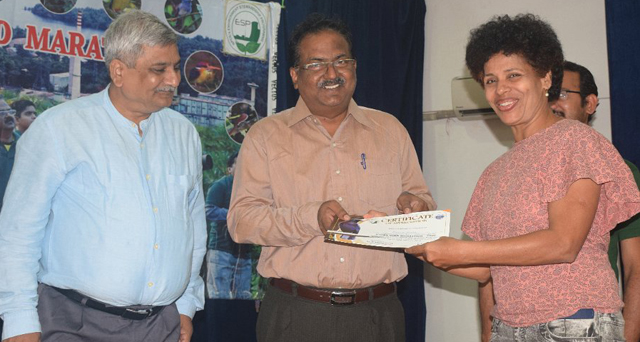 Western Ghats known for its exotic flora and fauna and also home to some stunning and unique sky islands is certainly the dream destination of nature lovers. Of course, there is more to it than just hills, mountain ranges, peaks, valleys, water bodies and the famed shola forest. It is also the best destination to bird watchers as the 1000 mile long ribbon of mountain range is home to almost 500 species of resident and migratory birds. The annual Kaiga bird marathon conducted in the second Sunday of January every year at Kaiga Generation Station, Kaiga, Karwar, gives ample opportunity to birdwatchers from across the country to come together and indulge in their favourite passion – birdwatching.

This year 146 birders from Hampi, Mysuru, Bengaluru, Kerala, Mumbai, Mangaluru, Davangere, Goa and many other parts of Karnataka and South India had gathered at the guest house of Kaiga Nuclear Power Plant on January 11 and 12,  2020. For two days they went about 9 transacts around Kaiga nuclear power plant to indulge in their favourite passion – birdwatching. Birdwatching is a passion and Pompayya Malimutt from Hampi, a bird watcher and wildlife guide who is participating in Kaiga bird marathon certainly vouches for this. In the last ten years Malimutt has participated in 8 Kaiga Bird Marathons. He missed the 1st one as he wasn’t aware and 9th one he missed because the organizers changed the event date in the last minute. “I don’t miss this event because it is conducted professionally and scientifically. As we go on birding in a group that shares similar interest, it is interesting and enjoyable. Every year I learn something new”, Malimutt opines.

Needless to say most participants were professional birdwatchers and were able to hear or identify a bird call or sight a bird which an amateur birder like me was unable to despite herculean efforts. That is the real beauty of birdwatching because one learns in the company of passionate birdwatchers. Some of the amateur participants like me and a few students of Forest College Sirsi were awestruck by the kind of information and knowledge possessed by some the birders in the teams. They could hear a bird call and identify it when my ears fail even to hear any sound.

The 146 members were divided into 9 teams – each named after the 9 transacts earmarked for the bird marathon and each team was headed by a coordinator. These transacts were named after the nearby places around the Kaiga hamlet. The teams were named - Khervadi, Virje, Hartuga, Kuchegar, Halga and Ulaga, Haroor, Kadiye and Karge teams and the teams went to the areas designated to them. The team travelled 7 to 8 kms through thick forests, near lakes, water bodies, wetland and grassland. After the 3 sessions of transact visits spread over two days the data collected was analyzed for documentation.

It was indeed a rewarding experience as their combined efforts resulted in the addition of two new species to the existing list of 288 species of birds that have already been documented in the area. The Western Crowned Warbler and Lesser Kestrel are the two new species identified in the 10th edition of the Kaiga Bird Marathon. The Western Crowned Marbler is a leaft warbler which breeds in Central Asia and winters in the thick forests of the Western Ghats. The lesser Kestrel is a small falcon that breeds from the Mediterranean across Afghanistan and Central Asia to China and Mongolia. It migrates in summer and winters in Africa and Pakistan and sometimes even in Iraq and India. Though the new bird species could not be captured on camera they were idetified on the basis of photographic evidences from field guide and on the opinion of expert bird watchers in the team.

Shishupala from Davangere one of the participants is a microbiology faculty at Davanagere University and is an avid birdwatcher. A second time participant in Kaiga Bird Marathon he says, “This event is conducted in a professional and more importantly in a scientific way and that is what draws me to Kaiga.”

Dr Niladri Dasgupta, project scientist, Wildlife Institue of India, Dehradun who was part of the Kaiga Bird Marathon said “event like this is the first step toward bio conservation. It helps our department to collect data and put it in public domain”.

The bird marathon event was organized under the aegis of Environmental Stewardship Programme (ESP) of NPCIL involving nature-loving members of the company. The two day event was a fun-filled fiesta to the ears and eyes of birdwatchers who participated in it with avid enthusiasm. The year 2020 being the 10 year of the Kaiga Bird Marathon, the organizers added extra zing by converting it into a two-day event to commemorate the decennial year.

ESP is established with three fold approach – to associate with premier nature conservation institutions for technical knowhow, to impart training to its own members and finally to sensitize the general public on the importance of echo conservation. Site Director R Satyanarayana was very vocal when he said the programme is also aimed at creating awareness that nuclear power is a benign and safe source of energy. He was clear in driving home the point that if the flora and fauna in the Kaiga region is teaming with life it means nuclear energy is safer and is not harmful.

Birdwatchers and bird enthusiasts who always cherish any extra effort that gives them ample opportunities to delve into their favourite hobby welcomed the move of the organizers, who promised to make it into an annual two-day event.

The thriving flora and fauna of a place is the first indicator of a safe enviornment.“Birds are sensitive and if they feel the milieu is not secure they migrate to other places. The fauna in this area is breathing with life which means the area is safe to all including humans. Giving an opportunity to the public to be a part of such a study gives authenticity to the survey findings,” says Mulimutt.

Title: When Birds of a Feather Flock Together