“The only thing that you absolutely have to know, is the location of the library” – Albert Einstein (1897- 1955), German-born theoretical physicist who developed theory of relativity, one of the two pillars of modern physics.

When the vice chancellor of Mangalore University, Prof P S Yadapadithaya, announced the 150-year celebration of Mangaluru city-based University College, scheduled on February 6, the focus is on the heritage buildings, tiled and painted red, on the campus and their renovations and additions. I would rather talk of the very modern building the campus hosts which is a treasure-house of books of rare heritage. Since Einstein wants us to know location of the library, it is along the southern compound wall, along the road that leads to the railway station and currently marked for underground tunnel. In fact, there is an entry for people and vehicles from this side street. It is a building which is modern, aesthetically designed and functional - an attraction in itself. But, what is inside it is mind-boggling for book lovers. My own exploration of it goes back to 2005. 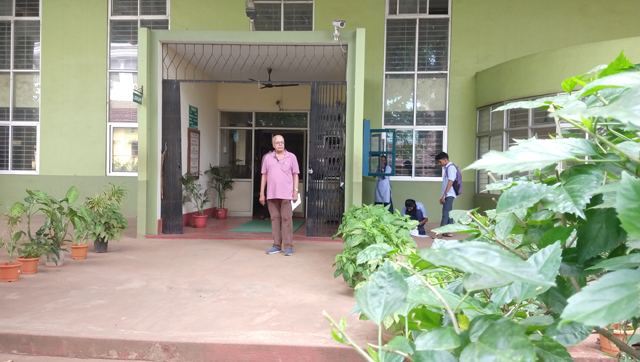 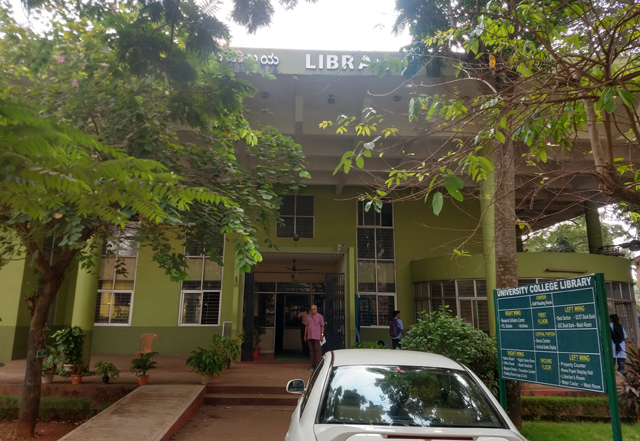 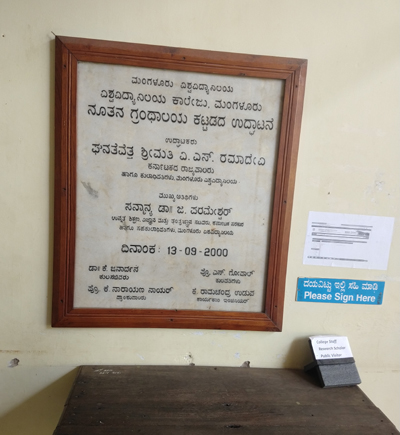 Sir William Temple, English diplomat and writer (1628-1699) wrote: “Books, like proverbs, receive their chief value from the stamp and esteem of ages through which they have passed.” The University College Library has many books of “stamp and esteem of ages”. Here is a short list of the significant books that have crossed the century mark and form the treasure of the library.

The Holy Bible contains the Old and New Testament translated into Canarese out of the original tongues by a committee of missionaries from Germany, London and Wesleyan Missionary Societies for the Madras Bible Society and printed at Basel Mission Press, Mangaluru, in 1865. The Old Testament takes 848 pages while the New Testament is covered in 246 pages.

The English-Carnataka Dictionary has a 52-page introduction and 1181 pages of main text. Unfortunately, this library edition has no publisher’s information. It is apparently Kittel’s Dictionary which was published in 1894 by Basel Mission Press, Mangaluru. The library’s copy of Chennabasavana Purana is dated 1851, Mangaluru. Another book, Saguna- A Story of Native Christian Life by S. Sathianadhan, is dated 1895, Madras. This is the second edition of the book first published in 1892. There is a Comparative Dictionary of the Languages of India and High Asia by WW Hunter dated 1868 – London. There is also a collector’s copy of the Constitution of India in folio size. This could be the only such copy in Mangaluru.

By far, the most important treasure of the library relates to the works of Shakespeare with illustrations and annotated by Charles and Mary Cowden Clarke and published by Cassel. This too has no date of publishing, but the state of the volumes indicates the age to about 165 years. The most outstanding and rare volume is ‘William Shakespeare’s Comedies, Histories and Tragedies -1664 , faithfully reproduced in facsimile from the editions of1664 by Methuen and Co London- 1905. It was published according to true original copies. The third impression and unto this impression is added seven plays, never before printed in folio. The volume includes the following poem composed by Ben Johnson below the portrait of Shakespeare.

This figure that thou here seest put,
It was for gentle Shakespeare cut;
Wherein the graver had strife
With nature, to out-do the life
Oh, could he but drawn his wit
As well in brasse, as he has hit
His face, the print would then surpasse.
But since he cannot, leader, look
Not on his picture, but his book.

It is interesting to note that a British housewife got bequeathed, in 2004, by an unknown relative one of the few first editions of Shakespeare’s plays – only six are known to be in private hands. The last such copy fetched $ 6.4 million in an auction in 2001. That reflects the material value of rare books and underlines the need to protect them with proper security measures so that vandals and robbers are kept at bay. The volume in the University Library, being the third edition, is the grandson of the edition that raked in seven million dollars. Take care!