The acacia plants were introduced in India from Australia for reforesting disturbed lands, for timber, fuelwood, and for rapid afforestation. Today, we have a situation, where we find that the same acacia plants have found to become a serious threat to ecosystems with a range of negative effects, e.g. competition with indigenous flora and fauna, changes in nutrient cycling and hydrology, disrupting overall economic stability of local communities, and impacting on human health.

Many acacia species have aggressive root systems or produce a large number of viable seeds, both of which allow the plants to quickly invade the soils outside their growing areas. The roots are so aggressive they easily damage sidewalks and building foundations in addition to invading other plants' spaces. The variety spreads quickly through seeds and rhizomes, altering the nitrogen in the soil as it spreads so native plants can no longer grow in the area. 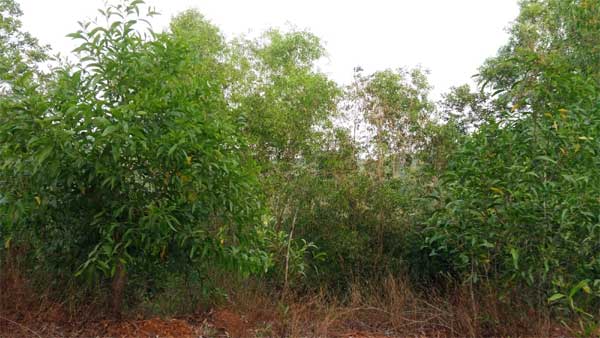 Acacias attract numerous insect pests, including various scale insects, caterpillars, beetles and psyllids. These plants also have symbiotic relationships with ants. The ants live in the hollow thorns and feed out of the little nectaries the plant produces at the base of the foliage. These nectaries provide the ants with sugar, protein and water, and the well-fed pests repay the plant by aggressively defending it from any potential threat. These ants fiercely sting any person who comes too near their tree. Their blossoms are said to cause asthma attacks.

The acacias we see around are invasive variety. It is expected to attain unmanageable levels in the near future causing irreversible damage to the shola forest ecosystem. The Shola forests in the Western Ghats are very rich in flora and fauna. They are considered ecologically unique, because they harbour many endemic species. Some of these species are thought to be endangered or threatened. There is great concern that acacia may cause extinction of vulnerable and critically endangered species among these if its spread to the shola forests continues at the present pace.The invasive acacia can significantly alter hydrological cycles in water-limited ecosystems even when the invader co-exists with native species.

A lack of awareness among foresters, policy-makers and other stakeholders of the negative impacts of acacia is cited as a major impediment preventing their management. More generally, the development and implementation of control/management methods are defeated by a general lack of qualitative/quantitative information on invasive trees, lack of skills and experience. Efforts are primarily needed to identify all the invasive tree species present in each region. Southwest India (Western Ghats) are very rich in biodiversity and are recognized as a biodiversity hotspot. The fears of environmentalists Shivanand Kalave, Purushottam Organic Farming group, Purushottama Rao Agricultural Research Foundation and Malnad Jagrathi Vedike and the farmers of Thirthahalli have come true in our districts too. Hence, it is our bounden duty to preserve this biodiversity for the present and the future generations to come. The state government and local bodies which took the initiative to plant them should now take it as a mission to undo the damage to the ecology and replace all the acacia plantations with indigenous plant species.

By Dr Claret D’Souza
Dr Claret D’Souza is the head of Post Graduate Department of Business Administration at Alva’s Institute of Engineering and Technology, Mijar.
To submit your article / poem / short story to Daijiworld, please email it to news@daijiworld.com mentioning 'Article/poem submission for daijiworld' in the subject line. Please note the following: