This is an untold story of valour of a rock-ribbed woman in the first batch of female cops in South Canara, Karnataka. As much as she is mettlesome, her name adds a twist to her character. Grace Joy is a 79-year-old woman who is a retired police officer and also a proud grandmother of six children. In her locality she is well known as Don Dadi or Gangster Granny for her numerous encounters and savagery in her field of work. She joined the department on May 2, 1963, having a long run in the field and finally retiring in 1998 with 35 years of venturous experience. The ten arms of Goddess Durga symbolises her life, she had to multi task between her family and work, where one was her responsibility and the other was her duty, weighing both on the balance scale of Lady Justice, which is pretty ironic. Nevertheless, her family always came first and in this 35-year journey she had never accepted a single promotion despite many offers and opportunities only for the sake of her three children to avoid being transferred to some other place which would distance her from her family. In her lengthy peregrination of being on the force, she has seen a lot of things from gruesome bloodshed, funerals, homicide to the corruption and politics on the inside, she had seen the dirty side of the world. She has been in life threatening situations and dangerous encounters, but it never seemed to have broken her lion-hearted
spirit. 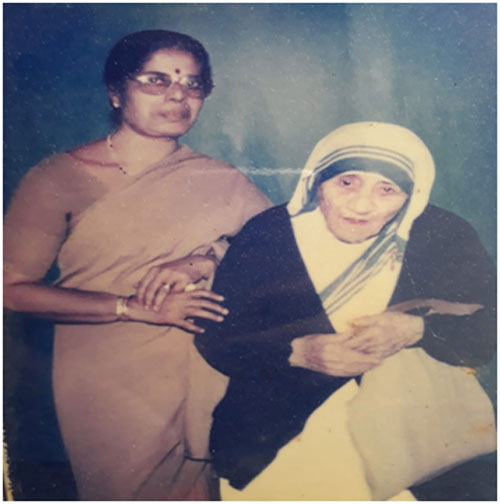 Grace Joy has received many medals for her success in various cases that displayed her quick wittedness and bravery. A lady in Mangalore had received a death threat and the criminal demanded a ransom of Rs 25,000 in order to prevent her ill fate. The criminal also asked for the money to be kept on a grave in a secluded cemetery. Grace Joy went undercover and took the identity of the lady that got the threat. She then filled the bag with crumpled paper and placed a few currency notes on top to cover it. At midnight Joy made her way through the graveyard and placed the bag on the grave as demanded by the criminal. A silhouette of a man appeared and out of the shadow,Grace saw a huge man step out to collect the ransom. Immediately she called for back up and the man was arrested. But there was one thing she did before accepting this mission. She demanded to sign a document that ensured that if she were to lose her life on this mission then, her lifetime’s salary should be provided to the family. Her scary ventures continued and she caught the most violent psychopathic serial killer of that time who would smash the heads of people. Gang wars and violent encounters back then were rising. Grace Joy had arrested many notorious gang members receiving awards for her bravery and dedication on the field. 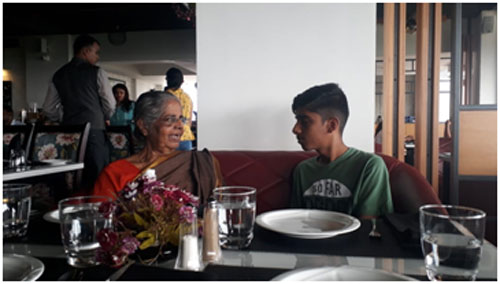 She was once placed in an airport duty on a night shift. While she was coming back home alone, a man started following her. She sprinted as fast as she could to escape until the man disappeared from her sight. It wasn’t easy for a woman to be in the department where all other colleagues were males and some misogynists among them. She had to fight her battles to get a place. In the early 70s, things were different back then, she had faced mockery, insults and punishments. But her witty answers and her daring character defied the odds of being supressed. When asked about a funny incident in her work, she said that she received a punishment during her training days where she had to write a sentence hundred times. She wrote the sentence once and wrote “ditto” ninety-nine times. The officer in charge was surprised that she finished it so fast and so when he checked it, he was surprised to see Grace’s scintillating comedy. Her greatest honour was to serve as a bodyguard for Mother Teresa when she had come down to Mangalore. Grace Joy is a role model to many and she defines feminism in all aspects. A COP. A HERO. A WOMAN.

By Mark Lobo
Mark Lobo is currently pursuing his 1st Year in Journalism at Christ College, Bengaluru.
To submit your article / poem / short story to Daijiworld, please email it to news@daijiworld.com mentioning 'Article/poem submission for daijiworld' in the subject line. Please note the following: