In humans, the immune system is a very important as it defends the body against infecting and other foreign agents by distinguishing our body´s own cells (self) from foreign elements (non-self). The principal immunologic cells are called leukocytes or white blood cells, and some examples include macrophages and lymphocytes (natural killer cells, T-cells and B-cells). Any new substance that the immune system doesn’t recognize raises an alarm, causing the immune system to attack it and eliminate it from the body. For example, when any microbes contain substances such as proteins that are not normally found in the human body, the immune system sees these as “foreign” and attacks them. In fact it is because of the immune system that humans are in a position to fight the various infections caused by bacteria, viruses and fungi and live a healthy life. 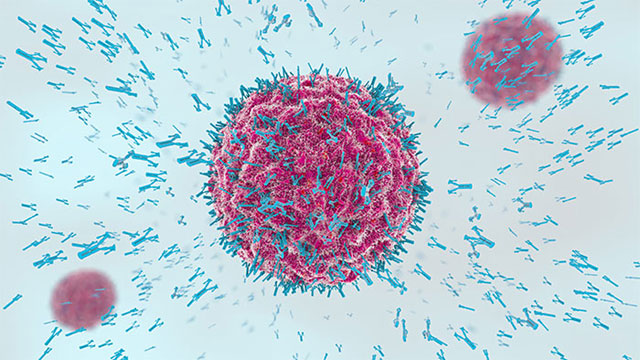 To overcome this, in the recent past efforts are being made at harnessing the immune system to act against the initiation, development and progression of cancer. Meticulous research in the past two decades has led to the development of ways to help the immune system recognize cancer cells and strengthen its response to eliminate the cancer cells. For these observations, Dr James P Allison and Tasuku Honjo were awarded the Nobel Prize in Physiology or Medicine for the year 2018. The treatment is now being termed as immunotherapy and is gaining wide use in the developed countries. In colloquial terms immunotherapy is treatment that uses certain parts of a person’s immune system to fight diseases such as cancer.

From a mechanistic overview the basis for immunotherapy involves utilizing the body's immune system to induce anti-tumor response to suppress or eliminate the cancer cells. In this one of the most useful methods is to stimulate the patient’s own immune system to work harder or smarter to attack cancer cells. The other methods are to give man-made immune system proteins. Today, among the different therapeutic options for treating cancer, immunotherapy is a potential attractive strategy especially to prevent relapse of disease resulting from residual malignant cells and/or tumor metastases.

Here with the use of immunotherapy for cancers common in Kerala are discussed:

Recent reports from around the world indicate that lung cancer is one of the most common cancer and that it affects approximately 2.1 million people—and causes an estimated 1.7 million deaths. Among cancers, lung cancer is the leading cause of cancer-related deaths for both men and women in the world and claims more lives every year than do breast, prostate, and colon cancer combined. Conventionally depending on the stage and general health of the individual, surgery, radiation and chemotherapy is used. Since the majority of lung cancer patients are diagnosed with advanced disease (stage IIIb/IV), conventional treatment options are unlikely to result in complete cures, though they may significantly improve survival and provide symptom relief. However in the recent past immunologicals, tezolizumab (Tecentriq), durvalumab (Imfinzi), nivolumab (opdivo) and pembrolizumab (keytruda) are being used for effective tumor control.

Head and neck cancer, a collective term for cancers arising in the head and neck region is the most common cancer in India. The treatment for HNC depends on individual factors, including the exact location of the tumor, stage of the tumor, and the affect individual’s general health. These conventional treatments for head and neck cancer (surgery, radiation, and chemotherapy) may be used alone or in combination, depending on stage and location. Head and neck cancer is highly curable—often with single-modality therapy (surgery or radiation) if detected early. More advanced head and neck cancers are generally treated with various combinations of surgery, radiation, and chemotherapy. With any treatment plan, the goal is not only to remove the cancer, but also to preserve the functions of the structures involved in speaking, swallowing, and expression. In the treatment of HNC with immunotherapy, nivolumab (opdivo) and pembrolizumab (keytruda) is used.

Lymphoma is a type of cancer that arises in the infection-fighting cells of the immune system called lymphocytes (a type of white blood cell made in the bone marrow). Lymphocytes circulate the body via blood and the lymphatic system. Lymph nodes, a key structure of the lymphatic system, are found throughout the body and filter lymph fluid to remove foreign particles. When bacteria and other invaders are found in the lymph fluid, lymphocytes multiply within the lymph nodes, including natural killer (NK) cells, T cells, and B cells. Lymphoma is one of the primary cancers that affect children and young adults. The two main types are: Hodgkin lymphoma, affecting only about 10% of patients diagnosed and non-Hodgkin lymphoma (NHL), accounting for the vast majority (90%) of lymphoma diagnoses.

The treatment for lymphoma depends on type of lymphoma diagnosed (e.g., Hodgkin lymphoma vs non-Hodgkin lymphoma) and disease stage. Chemotherapy, radiation, or combinations of the two are typically used to treat both types of lymphoma. Stem cell treatment is an option when initial courses of treatments are ineffective. Radiotherapy is used less often and typically when the disease is localized to a single site in the body. Recently Immunotherapy with nivolumab (opdivo), pembrolizumab (keytruda), interferon alfa-2b (intron a) and adoptive cell therapy like with axicabtagene ciloleucel (yescarta) and tisagenlecleucel (kyrmriah®) is being used.

The liver performs many vital functions involved in detoxification, drug processing, and metabolism of fat and sugars. Liver cancer is one of the most common and is globally the sixth most common cancer and the second leading cause of cancer deaths around the world. Globally, in 2018, there were an estimated 840,000 new cases of liver cancer along with 780,000 deaths. Depending on the stage of the cancer when diagnosed, liver cancer may be treated with surgery and chemotherapy. With regard to immunotherapy, recent studies have shown that nivolumab and pembrolizumab (keytruda) are shown to be effective.

Globally stomach cancer, or gastric cancer, is the fifth most common cancer and the third most deadly. Recent reports suggest that worldwide, every year nearly one million new cases are diagnosed and 780,000 succumb to the disease. Treatment of stomach cancer depends on where the disease initiated and the extent of its spread throughout the body. If diagnosed early, surgery is the first-line treatment for stomach cancer, sometimes in combination with chemotherapy and/or radiation treatment. For advanced stomach cancer, chemotherapy is the treatment of choice. With regard to immunotherapy for gastric cancer, pembrolizumab (keytruda) has been approved and are in use.

Clinical studies from around the world are encouraging, and that immunotherapy alone or in combination with conventional treatments can significantly improve patient outcomes. Reports from the US, where most of the studies have been conducted suggest that immunotherapy in some cancers are effective in long-term disease control. Immunotherapy has been introduced at MIO and the results are very encouraging.

By Dr Krishna Prasad
Dr Krishna Prasad is the chief medical oncologist at Mangalore Institute of Oncology (MIO). He is the first medical oncologist of Mangaluru and has vast expertise in the area of cancer chemotherapy, hormone therapy, immunotherapy, and newer biological therapies in treating solid and hematological cancers.
To submit your article / poem / short story to Daijiworld, please email it to news@daijiworld.com mentioning 'Article/poem submission for daijiworld' in the subject line. Please note the following: