World Environment Day is celebrated on June 5 of every year to encourage worldwide awareness and action for the protection of our environment. Each year it is organized around a theme that draws attention to a particularly pressing environmental concern. This year’s theme is ‘Air Pollution’ and is hosted by China.

Air Pollution is one of the greatest environmental challenges of our time. Globally, 93 per cent of all children breathe air that contains higher concentrations of pollutants than the World Health Organization (WHO) considers safe to human health. As a result, six lac children die prematurely each year. Outdoor and household air pollution results in about seven million deaths across the globe annually. While, in India, more than nine lac deaths due to air pollution were reported in 2016.

The very air we breathe is growing dangerously polluted day by day. 14 of the 20 most-polluted cities in the world (in terms of particulate matter, PM2.5 levels) are in India, according toWHO. Delhi’s air quality is at alarming levels of 485 AQI (Air Quality Index), when the safe limit for humans is less than 100 AQI.

Without air there can be no life. But breathing polluted air condemns us to a life of disease and early death. World Environment Day invites us all to consider how we can make changes in our daily lives to reduce air pollution. Hence, understanding the different sources of air pollution and how they affect our health and the environment will help us take steps towards improving the air environment around us.

1. Indoor Air pollution refers to pollution generated by household combustion of fuels such as coal, wood or kerosene, using open fires or basic stoves in poorly ventilated spaces. Indoor air pollution kills about four million people each year and tends to affect countries predominantly in Africa and Asia, where polluting fuels and technologies are still used every day, particularly at home for cooking, heating and lighting. Women and children, who tend to spend more time indoors, are the most affected.
2. Outdoor pollution is mainly caused by the combustion of fossil fuels such as Petrol, Diesel, Coal, Coke etc. in the energy sector (thermal power plants), transportation sector (vehicular emissions) and other industrial processes.The combustion of these fossil fuels results in the generation of Particulate Matter (PM) as well as gases such as Sulphur-oxides (SOX), Nitrogen-oxides (NOX) and Oxides of Carbon (CO) etc.These are termed as primary pollutants. When these primary pollutants are emitted into the atmosphere, they combine with other reactants and form secondary pollutants such as Ozone (at the ground level), Acid Rain etc. Photochemical smog is another form of air pollution caused by the reaction of solar radiation with airborne pollutant mixtures, Nitrogen Oxides and hydrocarbons.

The IT/electronic revolution has also indirectly led to an increase in air pollution. Annually, India generates more than two million tonnes of e-waste (discarded computers, phones, batteries, televisions, air-conditioners etc) and also imports undisclosed amounts of e-waste from other countries. A widely distributed network of informal workers use crude methods like open burning to extract reusable components and precious metals such as silver, gold, titanium and palladiumgenerating toxic gases which pose severe health and environmental consequences. Various respiratory problems are reportedly common among those working in these filthy smoke-filled conditions and it is the poor who are paying the price for the huge amount of e-waste we generate.

The pollutant that affects people the most is Particulate Matter (PM) and is used as a measure for air pollution. These are microscopic solid or liquid matter suspended in the atmosphere such as dust, pollen, soot, smoke and liquid droplets. Particles with a diameter of 10 microns or less, (≤ PM10) can penetrate and lodge deep inside the lungs, whereas particles with a diameter of 2.5 microns or less, (≤ PM2.5*) are even more health-damaging than PM10 and can penetrate the lung barrier and enter the blood system. PM2.5 particles are so tiny that 60 of them make up the width of a human hair. They can increase the risk of heart and respiratory diseases, as well as lung cancer.

Acid Rain has harmful effects on humans, plants, aquatic animals and infrastructure. One example of Acid rain is its effect on the Taj Mahal wherein the acid rain reacts with the marble (CaCO3) of Taj Mahal, discolouring it.

Cigarette smoking not only affects the people indulging in it but also poses equal health risk to the passive smokers especially children and pregnant women. 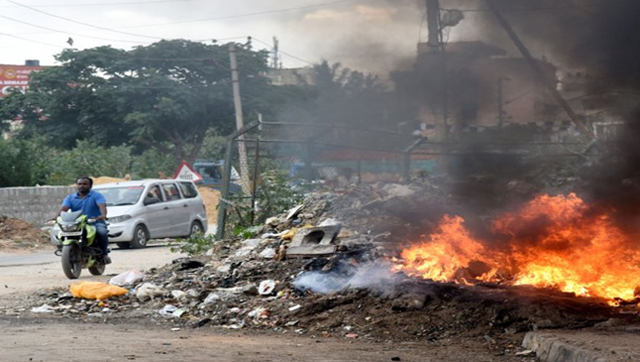 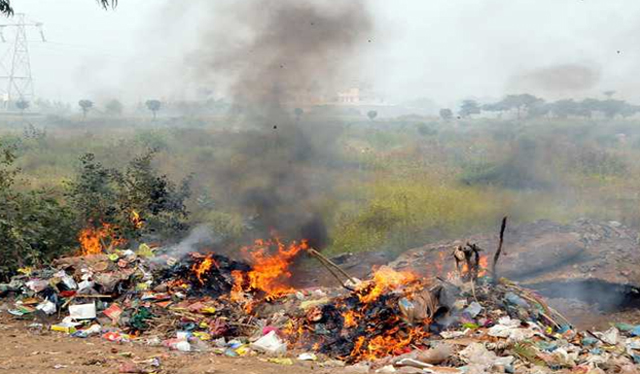 Last but not the least, according to NASA, the earth’s average surface temperature in 2018 was the fourth-highest in nearly 140 years. We are witnesses to the increasing heat and as the link between global warming and air pollution is becoming clearer with each passing year, it is time we recognise and give it the attention it deserves.

“The true cost of climate change is felt in our hospitals and in our lungs. The health burden of polluting energy sources is now so high, that moving to cleaner and more sustainable choices for energy supply, transport and food systems effectively pays for itself,” says Dr Maria Neira, WHO Director of Public Health, Environmental and Social Determinants of Health.

We often cannot see ‘Air pollution’ though it is all around us. It affects us all, whether we realize it or not.We have taken the air we breathe for granted and are now faced with an urgent task to reverse the damage. Here are some of the suggestions to prevent, control and reduce air pollution:

1. Raise awareness about air pollution: Increase awareness about air pollution through media campaigns and raise consciousness on the seriousness of the problem. Consciousness should be raised in children by making air pollution measures as part of the curriculum. Moreover, parents should encourage their children to implement the same and lead by example.
2. Organize plantation drives: Plant saplings on a large scale to increase the urban forest canopy, provide shade and improve air quality.
3. Conserve energy: We should buy energy efficient appliances and lighting fixtures such as LED’s that consume less electricity. We must practice switching off electrical appliances when not in use and when leaving our room or office.The less energy we all use, the lower will be our demand for power, which means less pollution.
4. Reduce use of personal vehicles: Make use of public transport proactively or walk wherever possible. Encourage the use of bicycles when safe and take initiatives to car pool with friends, colleagues and family.
5. Use fuel efficient vehicles: Carry out maintenance of vehicles on a consistent basis. Speed up into high gear gradually and smoothly. Top up the air in the tyres frequently as per the recommended pressure to improve fuel efficiency and to prevent tyre wear. A car that emanates much smoke should have its problem fixed immediately to prevent contamination of the air. While taking the car out for a drive, take minimum trips and complete most of the tasks in one ride to save time and fuel.
6. Ensure low waste production: High amount of energy goes into making various products for everyday use. We should stress more on refusing, reducing, reusing and recycling of products especially electronics to lower the use of energy. Composting organic waste also can go a long way to reduce methane emissions, which are also air pollutants.
7. Avoid bursting firecrackers
8. Avoid or reduce exercising near areas of heavy traffic, especially during rush hour.
9. Discourage open burning of garbage and smoking in public places: Burning of leaves, old tyres or any items in the open should be made a punishable offence as this is a major cause of air pollution.
10. Switch to Solar power: Installation of solar panels should be encouraged at homes with suitable subsidies to make it financially viable and at buildings and commercial establishments so that decentralised power is generated and demand for grid power is reduced. Switching to solar power in the long run should help retire coal-based thermal power plants.

Air pollution has no boundaries. Breathing clean air is our right. If we pollute air today, it will pollute our lungs tomorrow. So, in addition to the efforts taken up by our country and worldwide to curb air pollution, we, the responsible citizens of our country must do our best to curb air pollution in the best way we can and lay the foundation for better air quality for our future generations.

By Sharon D'Souza
Sharon D'Souza from Mangaluru is presently working as an Environment Engineer (HSE) at PMU, Sustainable Coastal Protection and Management Investment Programme (SCPMIP), department of ports and inland water transport, Government of Karnataka. She has completed MTech in Environmental Engineering from MIT, Manipal. She is passionate about creating awareness on environmental issues and how each one of us could help reduce environmental impact at an individual level.
To submit your article / poem / short story to Daijiworld, please email it to news@daijiworld.com mentioning 'Article/poem submission for daijiworld' in the subject line. Please note the following: