My Brave Jawan, You Are Not Alone

He not only carries the gun on these shoulders but also carries the safety, security and well-being of all my fellow countrymen.

He leaves behind his family, friends and relatives to safe-guard our frontiers. The life of each and every Jawan is precious. The service he renders towards our motherland is more scared and sublime than any other service. When I hear about our Jawans losing their lives while killing a few terrorists, my blood boils. Why should his blood bleed for such rouges? We need to introspect. Are we going to stand back and count their bodies or are we going to put an end to this menace once and for all. 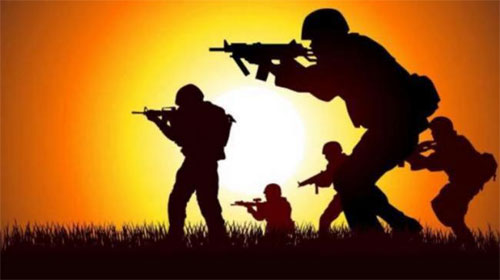 Pakistan is not a country which understands peace, friendship and trust. They will and have always time and again back stabbed us. I am not advocating a war here, but I do not have a choice. We have been hoping against hope that this Kashmir problem would be solved, but have always been deceived by our western neighbor. Either we give up our claim and let Kashmir secede or we fight and get back the PoK land and fence the entire border. These are the only two plausible solutions to this problem.

Most of the LoC area is porous which makes infiltration all the more possible even under the watchful eyes of our brave Jawans. Hundreds of kilograms of RDX was used to strike our convoy of Jawans this underlines the fact how they could get it all in. if this quagmire is not solved then again these thugs will re-group and strike at yet another convoy.

Our nation is now standing at crossroads. We need to take a decisive and punitive action against the Pakistani establishment. We, as ordinary civilians need to stand by our brave hearts when they need us the most. Each and every one of us have a role to play by our deeds and actions help facilitate our Army. Boost their morale. The civil society should not be alien to the armed forces. We have doctors amongst us. We have engineers, cooks, masons, drivers, writes. We need to put our minds together and think what we can do to serve them. Each one of us who are healthy should pitch in and help the army when the nation calls us in whatever manner. Our armed forces are indeed the best in the world, they’re second to none and are self-reliant. Yet, we should stand shoulder to shoulder and show them that they are admired by us as true heroes. 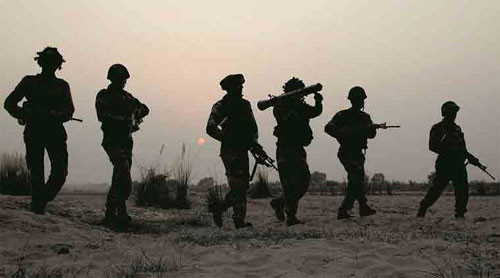 This nation of ours is a nation of patriots. It is a nation where a wing commander takes a 4th generation jet into enemy territory and does not falter come what may. Imagine yourself to be behind enemy lines surrounded by hostile men ready to lynch you. It is not easy for you to hold your serenity and nerve. That is the fine line which separates the true warrior from the rest. We salute such men of steel. They are the ones who have held the nation’s flag fluttering at all times. Whatever we do to honor them would be miniscule. We can at least assure them that we are there with their families in case they do not return. Can we not contribute as per our capacity directly into their bank accounts to reassure those children who would never see their fathers again? We have people who have stashed heaps of wealth in bank accounts, can they not put that into a good cause? We hear about film stars who contribute a portion of their wealth, which is indeed a good initiative. Let us all pledge ourselves too for the same.

This nation of ours has always been and will always be resilient and there is no iota of doubt in this. We have our share of problems and differences, but when it is about the nation, we are always united. Let us show the entire world what is meant to be an Indian. Let us show our brave boys that one day we would have put an end to this problem and the Sun would rise on India which would extend from Gilgit-Baltistan to Kanyakumari. That would be the day when every brave Jawan would take a sign of relief. When this nation of 130 crore fellow countrymen roar in one voice there will be no safe havens left for those mice and their bosses. It is time to stop counting the bodies of our Jawans and put a smile on their faces. We have always been and will always be in one with our brave Jawans. The paradise on Earth would in true sense be the paradise it is known for.

Title: My Brave Jawan, You Are Not Alone