Attention: Fake news and how to tackle it

One night a couple of years back my mother informs me in utter disappointment that Aishwarya Rai and Abhishek Bachchan are getting divorced. Given the fact that my mother is mostly apathetic to page 3 gossip, I asked her source. She showed me a YouTube video on Facebook with loud, jarring background music, an animated narrator stating why he believes that the divorce might happen. The video was titled 'SHOCKING!!!! AISHWARYA ABHISHEK DIVORCE'. Long story short, they seem happily or otherwise still married to this day.

A lot of us who are active social media users have noticed that UNESCO declared Jana Gana Mana as the best national anthem on earth. According to their website, 'UNESCO’s mission is to contribute to the building of peace, the eradication of poverty, sustainable development, and intercultural dialogue through education, the sciences, culture, communication, and information.' UNESCO finally issued a clarification saying they don’t judge national anthems or declare winners.

According to a viral share on Facebook, it looked like I had ovarian cancer. So I made elaborate funeral arrangements because I was unwed and it seemed like I would never have a wedding. So I called everyone and invited them. A few of them wept, while mom said 'ignore it and it will go away.' Then, my doctor said my symptoms were signs that my ovaries are alive and functioning normally. So I am canceling my funeral as of now, but the post on Facebook is convincing women that they may have cancer.

How many times have celebrities, authors, writers, politicians died on your Facebook or your WhatsApp inbox only to find them walking on the street a few days later? Oh, what a fascinating world we live in, where dead come back to life.

On the evening of June 8, 2018, when our lives went on as usual, two young men, one an audio engineer Nilotpal Das and a digital artist Abhijeet Nath set out to visit Kanthilangsho Waterfalls in Assam. Little did they both know that it would be the last trip of their precious lives. A mob of 25 natives of Panjuri, a hamlet in Assam, dragged them out of their car and mercilessly beat them to their death. The young men had stopped there to ask for directions. Even the cries that one of them was an Assamese boy couldn’t save them from the violent mob. Police later found out that the young men were killed on the suspicion that they were child traffickers from Bihar. How would people from one of the most backward villages in India know this piece of information? A WHATSAPP FORWARD. Police subsequently arrested sixty-four people for their direct involvement. But Nilotpal Das and Abhijeet Nath were gone and gone forever. 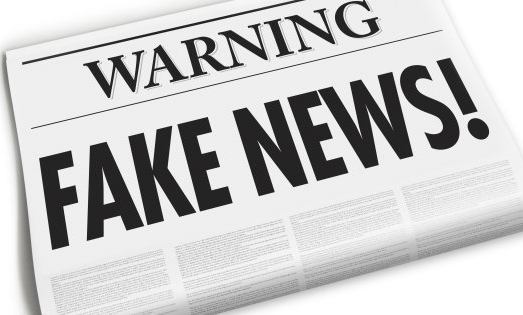 Fake News as we know it today gained global attention during the 2016 US election when the Republicans and Democrats, our version of BJP and Congress blamed each other for the spread of false news that most experts say, led to the results of their election.

Some real news about fake news

Fake news is news that is false, or only partially accurate. For instance, Reese Witherspoon, a famous Hollywood actress is not Sonia Gandhi in her younger days no matter how similar they look. The forward which claims papaya cures dengue is only partially correct. Dr Sumaiya Shaikh on Alt News (a fact-checking website) warns that 'the social media post fails to mention that even if the drug may be slightly effective in increasing the platelet count, it is not an indication of recovery from the dengue infection itself'.

Fake news existed even before social media when our great grandparents told their friends that neighbour’s unmarried daughter was pregnant because she had put on weight. Fake stories are sensational, exciting and are mainly based on your fears or biases. After all, fear and hatred have been the greatest motivators in our society.

On September 5, 2016, Reliance Jio made free internet available for the public. Jio revolutionized the internet scene in our country and resulted in a significant reduction in internet rates. A fascinating world of information opened to almost every person in every nook and corner of our country. Most of the people were first-time internet users and had never experienced the dark world of information. Subsequently, the internet became a fertile breeding ground for advertisements, announcements, party invites, and mass-forwarding feature led to a rapid share of accurate and inaccurate data.

Fake news spreads like the ‘good morning forwards’ on social media and sometimes through the mainstream news channels and outlets. It amplifies when a verified account of a politician, priest, actor or a famous personality posts or shares it. After all, famous people can never lie, can they? With every forward, it eventually succeeds in becoming 'viral'. As a result, what we get is an entire class of misinformed masses and unfortunately, mobs that cause substantial physical damage to both property and life.

As of late, there is an effort towards debunking and fact-checking news. Many organizations, websites and even social sites like Facebook are investing their time and efforts in the direction. But is it too late? Maybe not, but why now? Because of elections. We are all aware that elections are less than a month away. Election season results in the generation of favorable news by political parties and their supporters. Besides, this election deals with some of the most sensitive issues that are at the core of the values that our country holds dear. Notorious people will intentionally spark news that may unsettle us or outrage us or scare us into informing our loved ones. So is organizational effort sufficient? Nope, so do we also have a responsibility? Yes, We have a responsibility to stop the spread of fake news to preserve public order and protect our fellow brethren that can be victims of this menace.

So what can we do? Well, it seems like we can do a lot and here’s how we can do it. After all, little drops of water make the mighty ocean.

1. Adopt a critical view towards news regardless of who sends/says it to you. Question the source. Seek more information.

2. See who else is reporting it. A simple Google search can help sometimes. Is the lion a cousin of the cow? Or is he only spreading that news to eat the cow later? What is the cow saying about it? To form a well-rounded opinion, rely on diverse sources instead of the only one that says what you like to hear.

3. See who it benefits or more importantly, who it harms. It is crucial to learn the objective of the information. None of us want blood on our hands. When you continuously share information that antagonizes a person or a community, it may result in a massacre similar to the Rwanda Genocide.

4. Images and videos are NOT absolute proof. Some Google image searches will show you that the videos are old and have resurfaced to fuel tensions. If you can’t verify it and you are not a creator or a direct viewer, do not share them. You can doctor/edit the videos and photos using a lot of available software. Even in cases that it is true, refrain from sharing incendiary images, or pictures of accidents and death unless for purposes of the law. It is insensitive, disrespectful and may affect the people watching it.

5. Report fake news on social media or other fact checking websites using the available tools. Websites like AltNews and others frequently publish fake news, visit those websites or even fund if possible. Identify satirical or parody articles before assuming they are real news.

6. READ: There is no shortcut to knowledge. Read extensively. Keep yourself aware of the politics or your surroundings.

7. Social media is NOT a substitute for news or knowledge or medical opinion. Use it wisely. People are watching you. Kindly exercise restraint and caution when sharing or posting. Remember that nothing gets deleted from the internet.

8. If it feels unbelievable, it is mostly false. Mango tree doesn’t bear jackfruit even if your most trustworthy news source says so and shows you the pictures.

9. Not that it is directly relevant, but VOTE: Vote wisely, read about your respective candidates and seek to learn more. Political parties invest a majority chunk of finances on WhatsApp, and now you know why. Don’t fall for their speeches. Fact-check everything.

In the end, even if the world seems bleak, not all hope is lost. There is an anecdote on journalism that appropriately applies to you and me: 'If someone says it’s raining and another person says it’s dry, it’s not your job to quote them both. Your job is to look out of the window and find out which is true'.

In the end,
It’s not peacock’s tears
that cause their procreation,
Cancer is not a result of
your committed sins
And I am not funded
by foreign countries to write this.

By Jean D'Mello
Jean H D'Mello from Belman is an intellectual property analyst and a writer. Her interests include law, psychology, literature, and politics.
To submit your article / poem / short story to Daijiworld, please email it to news@daijiworld.com mentioning 'Article/poem submission for daijiworld' in the subject line. Please note the following:

Title: Attention: Fake news and how to tackle it