How to Negotiate the Blessings and Curses of Smartphones?

“I do think we've become so reliant that the phones are never out of our reach. We're always trying to stay connected that way and the irony is that it's actually disconnecting us from everything else because we're not just focused on what's in front of us; we focus on what's in our hand or off to the side.” - Carly Pope (b.1980), Canadian actress.

Let us look at some consequences of digital intimacy, especially in the ubiquitous gaming on smartphones. A girl walking on the footpath of a bridge falls over the barrier into the river. People watching this think it is a suicide attempt. Local fishermen rescue the girl. The reason for her fall turns out to be her total concentration on playing games on her smart-mobile hanging by a cord from her neck. A student of an elite engineering college takes a short-cut to the beach walking on the railway track. The train approaches from behind and blows the horn. But, our hero has his earphones on linked to the smart-phone which is on with a game in progress. The driver could not control the train on time. Another maimed dead body on the track. In yet another case, there is replication of the scene on the rail track. This time it is a girl crossing a road away from the designated pedestrian crossing. The net result is the same as on the rail track. 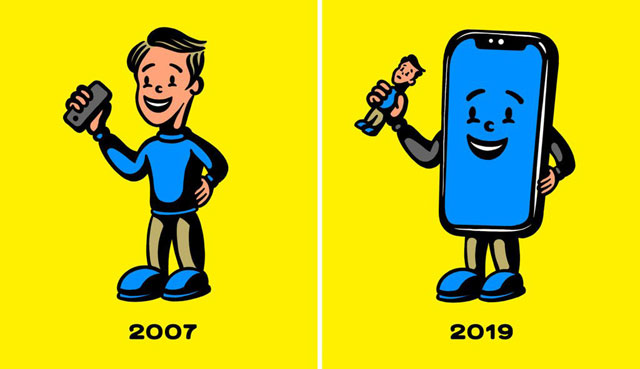 These scenarios are replicated many times over across India. Addiction to game-playing on smart phones is the culprit in most such cases. Yet, the problem is not fully grasped; leave alone tackled. And gaming is only one aspect of men and women hugging the smartphone throughout their waking hours.

That takes us back to the induction of smartphone. There was euphoric welcome when Steve Jobs, co-founder, chairman and CEO of Apple Inc, unveiled the first iPhone by Apple in 2007. Then many others joined the race to offer more sophisticated smartphones with added features. People waited for the upgraded product and stood in long Qs overnight, including in Mangaluru, to get hold of the latest model from the first batch of the smartphones at fancy prices. But, now there seems to be a smartphone fatigue with people and people-watchers, especially youngsters, enslaved by them. This scenario is well articulated by Cal Newport, a computer scientist and author, in an article in International New York Times titled ‘Steve Jobs had different plan for iPhone’ and excerpted here. Newport says that the devices have become our constant companion which was not Steve Job’s plan. For many of us, their glowing screens are a ubiquitous presence, drawing us in with endless diversions, like the warm ping of social approval delivered in the forms of likes and retweets, and the algorithmically amplified outrage of the latest ‘breaking’ news or controversy. They are in our hands, as soon as we wake, and command our attention until the final moments before we fall asleep. Steve Jobs would not approve.

In 2007, Jobs took the stage at the Moscone Convention Center in San Francisco and introduced the world to the iPhone. If you go back to his introductory speech, you will be in the remarks, after discussing the phone’s interface and hardware, he spends an extended amount of time demonstrating how the device leverages the touch screen before detailing the many ways Apple engineers improved the age-old process of making phone calls. “It is the best iPod we have ever made,” Jobs exclaims at one point. “The killer app is making calls,” he later adds. Both lines spark thunderous applause.

The presentation confirms that Jobs envisioned a simpler and more constrained iPhone experience than the one we actually have over a decade later. For example, he does not focus much on apps. When the iPhone was first introduced there was no App Store, and this was by design. 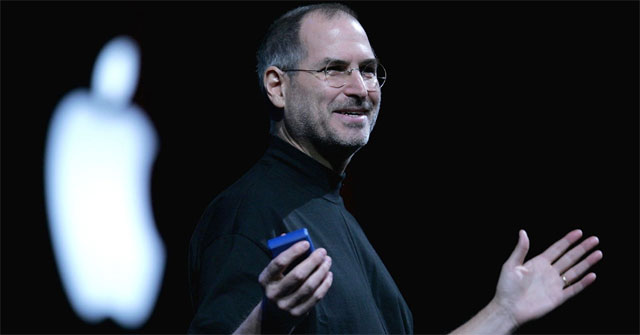 Jobs seemed to understand the iPhone as something that would help us with a small number of activities — listening to music, placing calls, generating directions. He did not seek to radically change the rhythm of users’ daily lives. He simply wanted to take experiences we already found important and make them better. The minimalist vision for the iPhone he offered in 2007 is unrecognizable today and that is a shame.

Under what I call the ‘constant companion model’, we now see our smartphones as always-on portals to information. Instead of improving activities that we found important before this technology existed, this model changes what we pay attention to in the first place often in ways designed to benefit the stock price of attention-economy conglomerates, not our satisfaction and well-being.

Practically speaking, to be a minimalist smartphone user means that you deploy this device for a small number of features that do things you value and then outside of these activities, put it away. This approach dethrones this gadget from a position of constant companion down to a luxury object, like a fancy bike or a high-end blender that gives you great pleasure when you use it but does not dominate your entire day.

To succeed with this approach, a useful first step is to remove from your smartphone any apps that make money from your attention. This includes social media, addictive games and newsfeeds that clutter your screen with ‘breaking’ notifications. Unless you are a cable news producer, you do not need minute-by-minute updates on world events, and your friendships are likely to survive even if you have to wait until you’re sitting at your home computer to log on to Facebook or Instagram.

Once you have stripped away the digital chatter clamouring for your attention, your smartphone will return to something closer to the role originally conceived by Jobs. It will become a well-designed object that comes out occasionally throughout your day to support — not subvert — your efforts to live well.

Newport concludes: Early in his 2007 keynote, Jobs said, “Today, Apple is going to reinvent the phone.” What he did not add, however, was the follow-up promise that ‘tomorrow, we are going to reinvent your life’. The iPhone is a fantastic phone, but it was never meant to be the foundation for a new form of existence in which the digital increasingly encroaches on the analog. If you return this innovation to its original limited role, you’ll get more out of both your phone and your life.

So, what is the bottom-line?

By John B Monteiro
John B Monteiro (b.1938) did his MA from Bombay University. He started as a lecturer and drifted into journalism and corporate communications. He has written three books – Corruption - Control of Maladministration, Some Current Issues for Debate and Corruption – India’s Painful Crawl to Lokpal. He writes for print and electronic media. He is Editorial Consultant for major publication projects.
To submit your article / poem / short story to Daijiworld, please email it to news@daijiworld.com mentioning 'Article/poem submission for daijiworld' in the subject line. Please note the following:

Title: How to Negotiate the Blessings and Curses of Smartphones?