‘Nothing is better than going home to family and eating good food and relaxing’. – Irena Shayk (b 1986), Russian supermodel.

Irena has a choice of eating and relaxing in top restaurants and five star hotels and enjoying the company of her partner Bradley Cooper (American actor and film-maker) and their daughter Lea. Yet, she prefers to go home to eat and relax. But, there are people who don’t have food or even a home for relaxing in.

For such people, over the last few years, food has been kept in public places in refrigerators in the major metros. One such industrial-strength refrigerator has been installed at the Holy Name Cathedral (popularly called Wodehouse Church) complex on Nathalal Parikh Marg (old Wodehouse Road), in Colaba, South Mumbai. 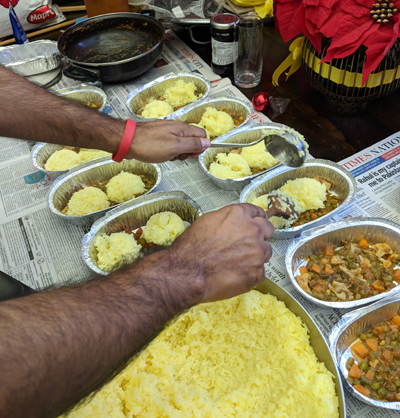 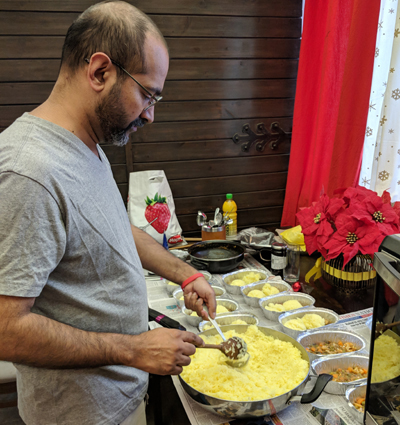 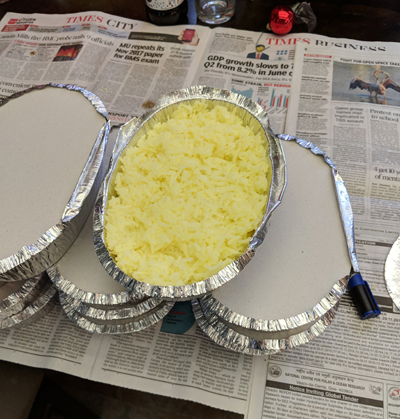 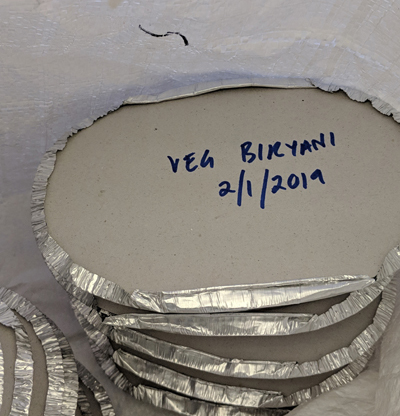 When I read about such fridges, my mind goes back to a story that I heard as a child from an illiterate farm worker on our farmstead.

There was a village centred around a vast tank (talao), which hosted plenty of fish of all sizes and varieties. It was the only source of livelihood for the whole village. They used nets and hooks to catch the fish, which was sold in a nearby town. They didn’t have to feed the fish; the only thing they had to do was perform a ritual on the bank of the tank once a year, and each family had to pour one jar of milk into the tank. This perennial practice went on.
Then, about a week before the projected milk-pouring day, an itinerant salesman from the town visited all the houses and persuaded all the families in the village to buy a bottle of white cleaning solution, which could be further diluted many times over as needed for cleaning the toilets or floor.

One man remembered the forthcoming milk-pouring ritual and thought for himself that, if he poured the diluted solution from the disinfectant container into the tank that provided fish through the year, no one would notice and he could sell the milk so saved and make some money. In fact, all the village families though likewise and, finally, acted likewise.
By afternoon, all the fish had died of poisoning. That was about the time all the cows grazing across the village converged on the tank to quench their thirst for the day; they died of poisoning by sunset.

With no fish to catch and sell and no cows to give milk, the village went into mourning. It became a ghost village as the villagers migrated in all directions in search of a livelihood. This scenario flashed across my mind as I worried about the fridge being filled with leftovers. I was disabused of this negative thought when my daughter, Primrose (Prima), and her husband, Kevin, took their turn to load the fridge for their allotted day as members of a church community; each of the nine communities in the parish is allotted a day to load the fridge with edible goodies.

On the appointed day, the provisions for fresh cooking were lined up. Their reliable cook-cum-cleaner turned out the veg biryani. Prima and Kevin, both not early risers, descended into the kitchen and filled a dozen foil mini-containers with the biryani, and wrote the name of the dish and the date on the paper lids. These were then loaded into a large carry-basket. At this point, it was discovered that the driver and car were not available because the latter had to be garaged for emergency repairs. It is at this stage that I decided to accompany Kevin in a cab to load the fridge in the church complex. I expected a scramble around the fridge to grab the food containers. It was a moment of enlightenment for me to realise that the poor and hungry have their own code of good behaviour. Kevin told me that, during the course of the day, the targeted beneficiaries would come in an orderly fashion and have their share of fresh food. The Fathers monitor the food left in the fridge and dispose of anything that is not taken within three days (that is the purpose of the dates written on the lids).

This is what justifies the title of this article twisted from Shakespeare’s comedy ‘Love’s Labour Lost’. In this case, love’s labour is richly rewarded for lovingly preparing and delivering the food to the community fridge.

Going back to the village tank story, a reverse scenario takes place every day of the week all year round with those allotted the job of stocking the fridge without bothering what others in the parish would do.

A Chinese proverb says that a good picture is worth 10,000 words. The photos alongside were clicked, without forethought of publishing, by amateurs on mobile cameras and are offered for what they are worth.