My bewitchment in the early politics and founding of constitution of India lead me to write this tribute to Fr Jerome D’Souza. There are multiple kinds of literature on this great personality, but I am embarking on this write up lest we forget the contribution made by Fr D’Souza during the birth of Independent and Republic India. I will not be able to discuss everything that Fr D’Souza did for the welfare of India, but I would like to draw your attention towards his contribution as a parliamentarian of the independent India that includes his main input into the Constitution of India. 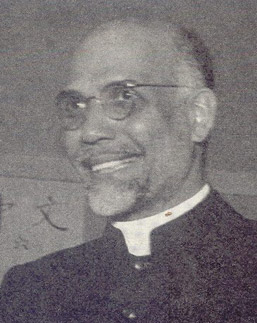 Member of the Constituent Assembly: pro-minority

Fr Jerome is well remembered as the member of Constituent Assembly apart from all other titles and positions that he held. It is with pride I can say he is the beloved son of an infant India for Fr Jerome’s contribution to the making of India’s Constitution and of the significant and vital role he played in the drafting of those sections of the Constitutions which affected the Minorities. While he was serving as the principal of Loyola College, Madras, he was elected as one of the 39 members from Madras by the Legislative Assembly without any canvassing for votes. The then Chief Minister of Madras State C Rajagopalachariar asked Fr Jerome to serve on the Constituent Assembly as one of the Christian representatives. He entered the Assembly on the 9th December 1946.

Fr Jerome worked at the Constitution from 1946 to 1949. He his main concern was with the safeguarding of fundamental rights and minority rights: the right to profess, practice and propagate religion, to all citizens freedom of education, freedom of association etc. Fr Jerome sums up his work as follows,

“When fundamental rights were made justiciable, that is when any violation of them by individuals or governments could be challenged in a court of Law, the Christians felt that the safeguard of preserving minority rights by reserving special seats for them in the Legislatures on the basis of their population, was no longer necessary and that in the interests of national integration it was best to merge with and become part of the general electorate.”

Fr Jerome at the United Nations

Prime Minister Jawaharlal Nehru nominated Fr Jerome as the member of the Indian Delegation to the UN for the first time in September 1949. His task to serve the country did not end after the drawing up of the Constitution but his expertise was needed by the country to represent at the UN. It was a joy for Fr Jerome to represent the country among other four members and they were from Madras and from South Kanara District which was part of Madras Presidency. He went to Rome to learn first-hand information from the Vatican on certain international problems and to brief Superior of the Jesuits. Hence, he flew to New York on September 19 on a UN Mission.

It was the fourth session of the General Assembly of the UN in 1949 that Fr Jerome attended as one of the Indian Delegation. One of the key aspects that stood out at the UN Assembly was that the presence of a Catholic Priest from India which evoked a good deal of surprise – a pleasant surprise. People in Europe and American were not aware of the numbers and position of the Christian Community in India. It was an opportunity for the whole world to hear about Christian Community in India and particularly happy to learn the attitude of the Christians in the national struggle, of the guarantee given to them and other minorities in the Constitution and o the number and importance of Christian educational and social works in India.

In conclusion, as we remember Fr Jerome’s contribution to India as a priest, religious, educationist and statesman in the context of social and political events, let us draw two important lessons from his life. Firstly, India will always remain a cradle of religions, whether majority religion such as Hinduism and minority religion such as Christianity. Fr Jerome’s contribution must help us to be tolerant towards other religions because it is in respect for other religions to make India a true secular yet unique country. India has had its share of division and violence but in our contemporary India, we have the responsibility to respect and uphold each other’s rights that Fr Jerome’s worked in the Constitution.

Secondly, India needs to promote academic excellence irrespective of religion or political affiliations. Fr Jerome was a Catholic priest, principal and religious yet he was a statesman who did not take political sides. His neutral yet people-oriented opinions elevated him to the person he was. India cannot ignore intelligent and genuine opinions because those opinions are not biased and will help to build India. India has a long way to go in this regard since India has been silencing genuine voices from the University benches. Long live Hindustan, Jai Hind.