Statuary in Mangala in Expansion Mode

“Every block of stone has a statue inside it and it is the task of the sculptor to discover it” – Michelangelo (1475 -1564), Italian painter and sculptor.

Statues are making media headlines these days - the latest being painting Ambedkar’s statue in Uttar Pradesh in saffron and then over-painted in blue in the second week of April 2018. That statuary has acquired a political hue, from the traditional religious, cultural and artistic, is reflected in the extra-colossal statues being erected in Gujarat (Vallabhbhai Patel) and in Mumbai (Shivaji Maharaj). These are one-off ventures to construct in-situ statues using steel and cement at cost running into thousands of crores of rupees per project. But the traditional statuary is a cottage industry and Mangala (Mangaluru) has a century-old history of statuaries. Now a new star has emerged on the Mangala statuary scene. But before we came to this new star, an historical sweep of the statuary scene in Mangala is in order.

Statuary is well-rooted in Mangala. It has seasonal and permanent components. The seasonal, for instance, is associated with Ganesh festival which brings into focus murthis of Lord Ganesh and their makers. Theirs is a seasonal vocation as artists. Also, the Ganesh murthis are immersed after being enthroned and worshipped in homes and community pandals. For many fashioning murthis of Lord Ganesh is a labour of love and incidental business. But, Mangala has a century-old record of manufacturing of, and business in, statuary which is well rooted in the city and holds out promise of better days to come.

The statuary scene in Mangala was marked by three major players – Simon & Co at Capitanio, Pietro Statuary Company at Silva Road, Jeppu and St Joseph’s Asylum Industrial Workshops, also at Jeppu. It is interesting to go back to trace the origin of statuary art and its growth over the century, its present status and future prospects.

Simon & Co describes itself as ‘Artists and Sculptors’. The statuary art in Mangala owes its origin to an artistic genius, Italian Jesuit Brother Antonio Moscheni. He came to Mangalore in 1899 and finished painting (oil and fresco) the walls and ceilings of St Aloysius College Chapel on Lighthouse Hill in 1901 and went on to paint similarly the Holy Name Cathedral in Bombay and the Cathedral in Cochin where he died prematurely in 1905, perhaps because of inhaling paint fumes during his work. 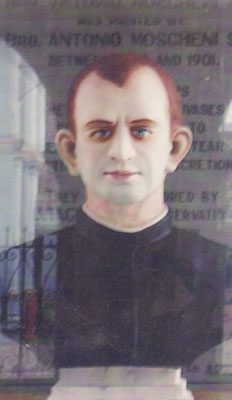 The statuary art got established in Mangala through those boys who held ladders and paint bowls for the Italian master painter. One of them, Albert Martis, took to statue making and painting in the Milagres Church compound where now stands Milagres Centre office-cum-shopping complex. Two people who worked for him and trained themselves branched out on their own. One of them, Simon Rasquina, born in 1910, worked for nine years, starting at the age of 12, for Albert Martis and a brief stint of one year with Francis De Gama, also an assistant to Br Moscheni. He established, with Benito (a new convert), Simon & Co. in 1932. One year later Benito left the concern which since went by the style of Simon & Co till its later change of name to Simon Art Co. It operated from the Milagres compound with handful of workers. The workshop shifted to Capitanio in 1951 where Simon set up residence and manufacturing in a large compound. He continued to have his sales and display outfit at Milagres till 1957.Because of the prominence of his workshop, the lane abutting it is named Simon Lane. 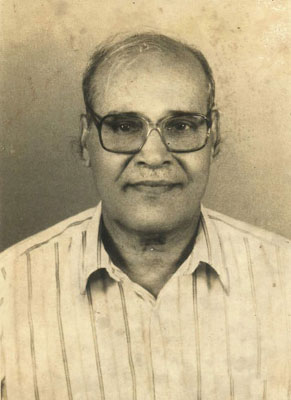 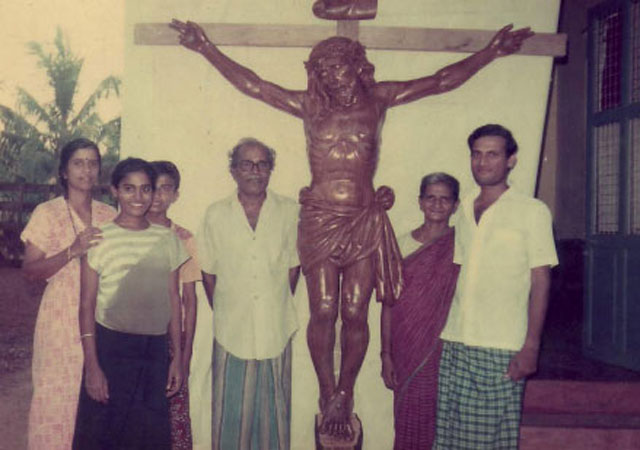 The second person to branch out on his own was Peter Fernandes. He identified the art with Italy which explains the name of his firm, Pietro. In addition to St Joseph’s Industrial Asylum Workshop, there was Raymond Alvares who, after working for Simon and Co, branched out on his own and set up his work-shed attached to his residence close to Bondel Church. He was a good sculptor and painter, specialising in wood carving.

These first generation artists died and, except in the case of Raymond Alvares who died in 2000, the second generation is managing the statuary business. In the case of Simon & Co, the management of business the devolved on Simon’s son, Arthur, in 1973, much before the founder’s death in 1987. Born in 1946, Arthur joined the business after graduation in 1968. He is the first one in Mangalore to make fibre-glass statues (in 1994) and also to introduce machine cutting of marble slabs. In the case of Pietro, his son, Antony, has been working with his father much before the latter’s death in 1999. 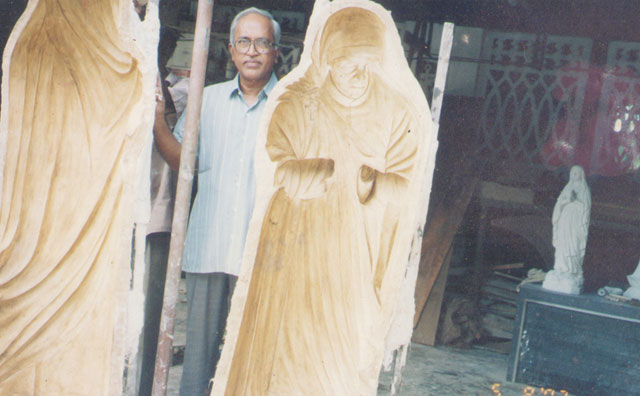 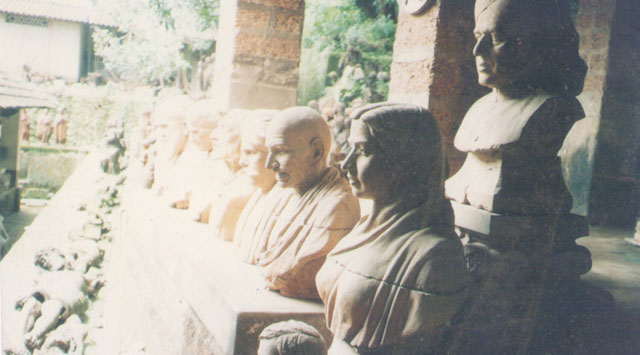 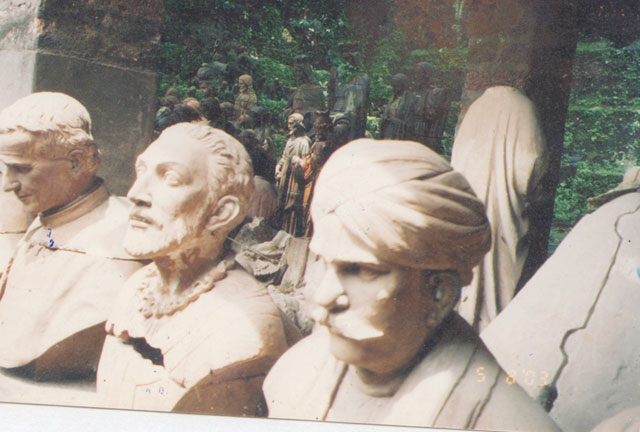 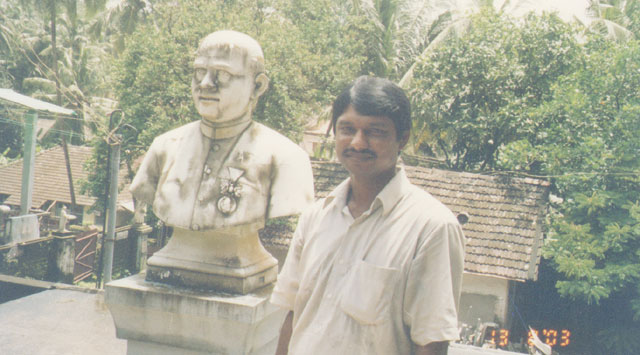 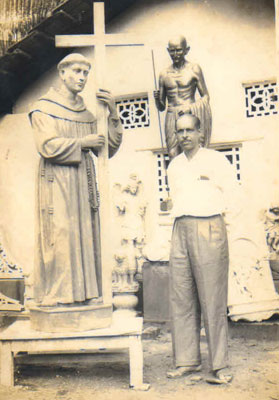 Peter with the life-size statue of Gonzalo Garcia, India’s first saint, carved out of teakwood

Statuary is the most visible part of the business of Simon & Co, Pietro and St Joseph’s. Their offerings include statues and crib sets in various sizes and designs, in marble, plaster of Paris, cement concrete, wood, bronze and composition marble for indoor and outdoor use. They are also into painting (backdrops of altars and drama stages) as also churchyard and cemetery memorials, including lettering and inscriptions. Their products go all over India and overseas to countries of East Africa, Gulf, Europe, South America, Sri Lanka, Singapore, Malaysia, USA and Canada. For instance Simon & Co had made a crib set of 20 pieces with a height of 4 feet for export to New Jersey. The FOB value of the set was Rs 2,00,000.

The statuary and associated products require artistic hands to work with clay for modeling and finishing. There is a shortage of local persons in this sector. Simon and Co. had some Bengali artisans, known for their skill in making Durga statues, to work for it.

The traditional statues have high risk of breakage in handling and transport which is eliminated in the case of fibre-glass statues (50% more expensive). Secondly, the firms have diversified into marble slabs and concrete utility products like rings for wells, jallies and light poles.

One of the handicaps of statuary firms is the lack of younger entrants to this artistic workforce, driving to source artisans from places like Kolkata. But, one silver lining is that the third generation is getting itself ready to continue the artistic tradition, armed with proper professional qualifications.

Now Bondel, on the Mangaluru-Airport Road, has spawned a new entrant to the Mangala statuary scene. The new entrant, Harry D’Souza is continuing the work left orphaned on the death of Raymond Alvares in 2000 and a recall Bondel statuary artist and the new entrant, with their workshops within stone’s throw of Daijiworld's corporate office and the church is relevant.

About 38 years ago Bondel parish first became host to a statuary, with Raymond Alvares, on retiring from Simon & Co setting up a small workshop for making statues in the compound of his home. Then he died in 2000 and the statuary closed. Now, in 2018, a new statuary has risen bang opposite the compound of Raymond Alvares, on the opposite side of the Airport Road, set up by the enterprising Harry D’Souza. This is a brief account of the eclipse of one statuary and the rise of another in Bondel Parish. We start with the late Raymond Alvares.

Born on August 31, 1924, Raymond Eugene Alvares, after finishing primary education in the Bondel parish school, was helping his family in their field work, including betal leave plantation near Kavoor. That is when he scooped some clayish mud from the near-dry bed of the Kavoor lake and fashioned a crucifix when he was about 17 years old. It impressed the late Fr. Sylvester Monteiro SJ, who was later to become Recto/Principal of St Aloysius College and, still later, Provincial of Karnataka Jesuits.

Fr Sylvester put Raymond in touch with Simon Rasquina who had his statuary at Milagres where Jerosa Company now functions. Later Simon shifted his workshop to near Capitanio. Young Raymond initially walked the distance between Bondel and Milagres and later cycled to Capitanio. Under Simon’s guidance Raymond evolved into a model-maker and was privy for various statues in clay and wood. He worked for Simon &Co from 1941 to 1980.

On retiring, Raymond started a small workshop in the courtyard of his house. One of his specialities was working on wood blocks to curve out images and crosses like the ones he did for Bondel church, Infant Jesus Shrine at Bikarnakatte and Mother of Sorrows church in Udupi.

It is interesting to know how the artists of two generations coped with visual references to shape and fine-tune their statues. In the olden days, and to some extent even today, artists turned to printed pictures. Raymond, for instance, had a collection of Don Bosco calendars which were rich in illustrations. In the case of Harry, as noted later, he could turn to Google.

Now starts the second chapter of the cross in Bondel church with a new fibre-glass mat statue replacing the old wooden one in mid-March 2018. In the olden days on Good Friday, the scene of crucifixion and taking down the dead, inert body of Jesus from the cross by a group of people dressed as Roman soldiers and people of Israel during the time of Jesus was crucified was enacted on Good Friday. The crucified dead body was reverentially brought down and kept for adoration by the congregation. The wooden body on the cross in Bondel church had/has moving hands and legs. Unlike other crosses where the two legs are nailed to the cross with a single nail, the Bondel statue had/has two feet nailed separately. Before it was installed in the newly built present church in mid-1980s it was stored in a large wooden casket and was only taken out for the Holy Week ceremonies. 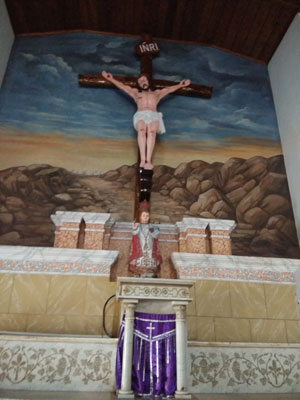 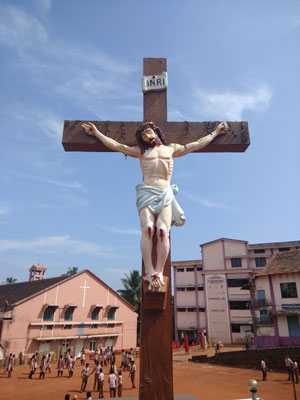 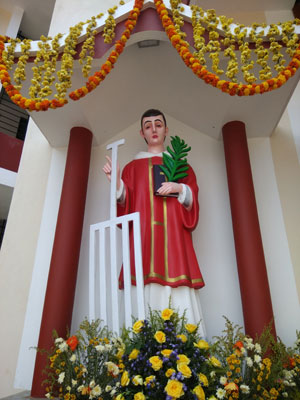 Coming back to the new statue on the old cross, it has been cast by Harold (Harry) D’Souza in a statuary workshop which he has set up bang across the road from the old workshop of Raymond Alvares.

Born on November 26, 1960, Harry did his BA at St Aloysius College and joined the seminary – but had to exit after one year due to serious health issues. He set up a workshop for steel and aluminium fabrication in 1984 where the new statuary workshop now is. Then he took up a new line of business involving fibre-glass waterproofing – a new technology till others caught up with it - with ace customers like Fr Muller Hospital, St Aloysius College and KS Hegde Hospital at Deralakatte still on his customer-list. 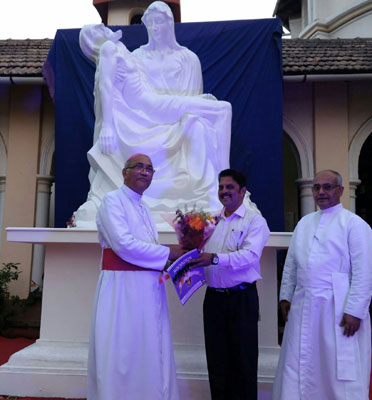 In 2017, Harry diverted into making statues. He started off by making horses, which are used at high-end functions, and then following up with angels which are widely used. The latest diversification in this line is religious statuary. One of his earliest patrons in this line is Bondel parish which, besides the crucified Jesus, has installed a statue of St Lawrence for the new school building inaugurated on April 4. Harry has already installed a massive statue of Pieta, with Mary holding the inert body of crucified Jesus after it was lowered from the cross. He has also fashioned a cluster statue of Lucia, Jacinta and Francisco who saw the apparition of Mother Mary in Lourdes. He had to look for references for this in Google.