Beyond the Boundaries of Gulf

May be the time and necessity has finally arrived for our region to look beyond the boundaries of Middle East. For almost six decades, many of our family members, villagers, countrymen came to these six tiny nations, realized they and their loved ones dreams and retired happily. Our children had a dream childhood filled with all the luxuries, and elders got what they wanted at least during their old age. It was happiness everywhere.

Since last two decades, people who finished their studies from our region, straightaway landed in Gulf countries. The dependency on major cities of India, particularly Mumbai was drastically reduced. All the credit of that goes to Middle East countries. The expansion here was too huge and so the job opportunities along with good tax free salaries. Easy accessibility was an added bonus. 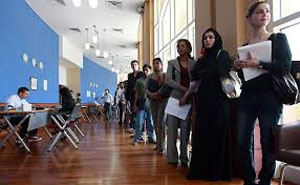 The first stroke came in the year 2008-09. The burden of recession was too heavy for these tiny countries to sustain. Many expats became homeless and hopeless overnight. Demand for oil nosedived and hence the crude oil price. This sudden onslaught put unexpected brakes on the growth. The construction industry was hit with lightning speed which is never recovered to the original extent. Even now there are a lot of buildings which were started before recession but never finished. We cannot make out from a distance. The reason is the cover up and the aesthetic sense, the skeleton of the building is covered with glass and cladding. Only when we enter the inside of the building or travel in the night the truth is revealed. They were planned depending on the funding that never came into reality once the recession hit.

Arab spring was the second jolt which was unexpected and never could have imagined. Many monarchies came under intense pressure to retain their hold on power. A few lost the battle, and in few countries, the struggle is still going on and a little flame is under ash.

We have witnessed a few unfaithful souls of expats during this turbulence period. They forgot for a while that because of these countries we flourished. If we became economically sound, progressed academically and spread across the world, the blessing has come from these Gulf countries. This is the fact we should not forget. Many people said many things and ruled out these countries saying they are finished. They have bounced back, but the pace is slow.

The Arab spring has opened a new dimension to the leadership of these countries. They are under pressure to consider localization. It is the need of the hour. No country can progress without its own population’s satisfaction and growth.

Taxation in Middle East countries! The word Tax in gulf countries was considered as a joke a couple of years back which a serious reality now. We cannot blame them, it is the only option left for them to generate the revenue needed for future growth. At least here whatever tax is collected is utilized for the purpose it is meant for unlike back in our country.

Every challenge is an opportunity to grow further. We need to read the message coming out from this situation. We need to reduce our dependency on these countries and plan beyond the horizon of Gulf. We need to check the pros and cons of the new challenge have thrown and look for other opportunities. It is not easy for our region because most of us have spent 60% of our life time in these countries spreading across generations and decades. For many the entire life cycle is built on the foundation of Gulf countries income.

If we look into the alternate solutions to replace the dependency on Gulf countries the primary aim should be to plan and focus to sustain In India. The potential is too huge to neglect .Either a job or self-employment. We should plan in the reverse way. We should have a strong foundation back in our country and sustainable plan elsewhere, along with Middle East (not only the Middle East). The current scenario is we have zero back up in our native country which is not advisable. The other option is to focus on Europe and other developed/developing countries more aggressively. We need to shift the focus on education accordingly. The time has come to change our attitude to take stereotype educational degrees of engineering and medicine and should focus on the education that really provides us peace and prosperity
in the light of new challenges. The message to our region is clear, to shift the focus from the gulf. We lack entrepreneurship acumen and mostly are job oriented. We need to stop making derogatory comments about our native country and refocus on staying back and growing there.

The third option to our region is to focus on government jobs. For some reason it is a neglected domain in our region. We have brilliant minds, should focus on competitive examinations and occupy high level government positions (UPSC/KPSC).

The other main option is to explore our economically backward states like North Eastern states of India. A few states in India are remained backward in many areas especially in education. It is one of the strong areas of our mastery which may be explored.

Not everything is lost in these countries. But the golden days for our region that entirely depended on Middle East is considerably over or the wait this time could be long. This changing scenario may also give us some unexpected opportunities. These countries are reducing their focus on oil revenue and diversifying future growth plans which may bring us new chances to cash on. But there will not be any easy cakewalk.

Having so many drawbacks back in our country we should not comment negatively about a few things in the gulf countries. The peace and prosperity here is tremendous. The type of freedom we enjoy here even our own country is failing to provide being democratic. 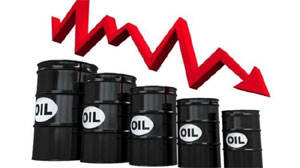 The meltdown in Gulf States is expected to stay beyond couple of years. It is because the main regional player Saudi Arabia, situation there is politically and economically really alarming. Qatar crisis added fuel into the already existing uncertainty. The lifting of UN sanctions on Iran and the flow of more oil from Iran at a time when demand is already below expected levels after the initial recession complicated the matter further. Due to the weak leadership of current US president, it is unfair to believe that something will happen unexpected that will fuel the oil price in Middle East.

For our region the next couple of years will be tough. Better we exercise caution without planning over budget. Not only that we should also be prepared for in the eventuality of sudden loss of job. Those planning to come to Middle East for employment should be ready to face the tough situation. The activities at the job market are dismally low and may not recover soon if the oil prices do not fare well. All other claims of major activities about growth are just a claim and bubble. The taxation started with VAT may engulf other areas as well like expat remittances, family status etc. Traffic violation penalties are already doubled and it is a nightmare to drive on these beautiful roads out of fear of getting fined heftily for silly mistakes. Hands those hold the steering wheels while enjoying the smooth drive are trembling slowly because in UAE a silly mistake like not activating the side indicator while changing the lane may cost us Rs 20,000 as fines. Easy communication apps are being dismantled one by one. It is discomfort, anxiety and concern in every walk of life in Gulf.

Whatever said about these countries the fact is that they donated billions of money toward humanitarian aid across the world toward needy people. Even in these difficult situations they continue to do that. Dubai has always led by fantastic example in serving humanity through many of its unique philanthropic activities. Almost all the Gulf countries are in transition period shifting focus from oil dependent revenue to other possibilities .We all hope and wish that the changing
scenario will help these countries to blossom further to continue as previous so that they provide food, shelter and future to many other expats in the future also. And I hope the blessings these countries received through their charity work almighty will help these countries to bounce back into the past glory.

By Vincent D’Sa, Dubai/Shankerpura
To submit your article / poem / short story to Daijiworld, please email it to news@daijiworld.com mentioning 'Article/poem submission for daijiworld' in the subject line. Please note the following:

Title: Beyond the Boundaries of Gulf