While I go through the daily grind of life one news article caught my attention. A committee on Women and Child Safety in the state of Karnataka headed by a minster who is an advocate by education is proposing a slew of new laws concerning crimes against women. These include suspension of voting rights during trial and abolition of voting rights of persons convicted in rape and sexual assault cases against women and children and keeping in abeyance all government facilities/benefits during trial and abolition of availing such facilities/benefits under various schemes to convicted persons.

Just below the article I read comments from mostly men praising this so called bold move. The first thought that comes to my mind is the old adage of people who live in glass houses throwing stones at other houses. The reason this thought comes to mind will be clear as this article progresses. As this news spread through Men’s Rights Activist circles the first question that was asked was 'When is the next cycle of elections?' 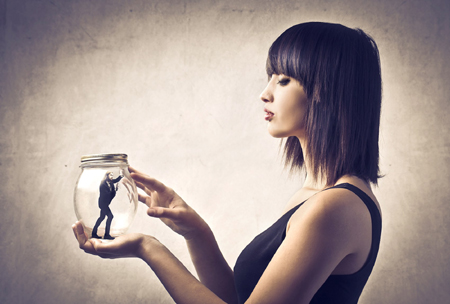 An interesting mention in the report compiled by the committee was a finding that the present conviction rate in the state was just 4-5% against the national average of 2.8%. This should come as no surprise, as after the draconian 2013 amendment in sexual assault and rape laws the number of such cases rose up exponentially. The rise in these cases contained a rising number of malicious, false and vexatious complaints. This fact is supported by the Delhi Commission of Women (DCW) revealing shocking statistics showing that 53.2% of the rape cases filed between April 2013 and July 2014 in Delhi were found to be 'false'. Similar data from Mumbai, Delhi, Haryana and major metros also state that since 2013 upto 75% rape and sexual assault cases were found to be false.

To drive the point home numerous examples of organized gangs (in some cases consisting of police personnel and lawyers) using rape and sexual assault to blackmail and extort people can be cited such as when in early 2018 the Haryana police in a span of four days busted five gangs who after laying a honey trap lodged false rape cases against men to extort money from them. As many as 15 people, including a couple and a brother-sister duo, were arrested from five districts in this connection. These incidents compelled senior police officials in Haryana to issue instructions identifying women lodging false cases so they can be booked under the provisions of the Indian Penal Code for framing innocent men, wasting police’s time and bringing disrepute to the state. Being falsely accused of a sexual assault case myself and being painfully aware of numbers of men falsely accused of such crimes reality is never distant.

All these evils arise from a loosely drafted, unambiguous and misandrist set of laws that throughst the burden of proof of innocence on men while considering the mere verbal allegation of a women as gospel truth uptil the process of a court trial. Thus any woman out of monetary interests or with vendetta in her mind can in a matter of hours change the status of a common man from being innocent to sexual assault/rape accused regardless of degree of falsity in her claims. Added to this is the apathy of the police in following the laid down laws concerning arrest in such cases.

In Vinod Solanki vs Union of India, the Supreme Court held that "It is now a well settled principle that presumption of innocence as contained in Article 14(2) of the International Covenant on Civil and Political Rights is a human right although per se it may not be treated to be a fundamental right within the meaning of Article 21 of the Constitution of India." In fact the presumption of innocence is a well-established legal maxim in criminal jurisprudence all over the world with its origins going back to the 12th century. This presumption of innocence must therefore be considered a moral imperative and a cornerstone for action in any civilized society, since guilt cannot be assumed until a fair trial ends in conviction. Article 326 of Indian Constitution mandates Universal Adult Suffrage, that is, any citizen above 18 has the right to vote, but any person whether under a sentence of imprisonment or is in the lawful custody of the police is barred from voting due to Clause 62(b) of Representation of People's Act, 1951. Thus it is evident from these facts that any person undergoing trial but not imprisoned has an absolute right to cast their vote. In light of the above facts it is all but evident that the proposals of the committee if implemented will be a gross violation of human rights and unconstitutional at its very premise.

The Panel proposes compensation for the victim (woman/child making the compliant). This compensation is proposed to be taken from the pockets of the accused and in the event that the accused fails to pay compensation to the victim, the panel recommends handing over of the property of the accused to the victim. This is not only an absurdly perverse proposal but is equally alarming in great measure as it will encourage unscrupulous elements in society to target male victims financially and will throw wide open the doors of abuse of this provision. These provisions include transgenders and it is no secret that organized groups of transgenders in trains, eateries etc publically harass people for money.

Apparently to provide solace to potential victims and to prevent societal outrage the committee recommends recovery of compensation amount along with rate of interest in the event that the courts of law declare the case to be false/malicious prosecution. Any person who has faced the rigors of a trial based on a false case instituted by a woman will testify that the courts of law hesitate to acquit the accused on the premise that the case was filed with false/malicious intentions unless there is exemplary proof to that effect. The textbook acquittal is usually on the grounds that the prosecution failed to prove their case beyond reasonable doubt in which case the complainant need not pay the money back to the accused. Considering that the accused does in fact manage to get an acquittal on grounds of false/malicious prosecution how does he go about getting the compensation paid back? It is common knowledge that trials in the Indian courts stretch for years at end. It is quite possible that by the time a person is acquitted the complainant has spent the compensation amount or has altogether done a disappearing act. Even if they don’t, the law severely limits avenues through which monetary sums can be recovered from a woman, that is, a woman cannot be sent to prison for recovery of amounts she owes nor can the property be taken from her poessesion which she claims to be 'stree-dhan' or of household need.

Coming back to my thoughts on people who live in glass houses throwing stones at other houses. These very same men who praise such senseless moves of the government with gusto such as when they collectively demanded that the government pass stringent laws on sexual assault/rape post Nirbhaya are now increasingly falling victim to the draconian laws they helped bring in. It is also no surprise that this committee which was formed in 2014 kept giving random excuses for the delays in tabling the report and has now tabled the report just a few months shy of the upcoming election season. This whole charade is a continuing global phenomenon of politicians from party’s sundry passing lopsided laws with a narrow motive of pandering to the increasing women vote bank. They do not at any point of time pause to reflect on the societal consequences of their self-serving actions which includes more than 90,000 Indian men committing suicide per year, broken families, distraught mothers and sisters of the innocent accused to mention a few. The only solution to prevent a widespread victimization and exploitation of innocent men is to start calling out these farcical governmental policies and to demand equality and equity in its truest sense for all genders from the polity lest the politicians get away with brazenly politicizing the heinous crime of sexual assault/rape to win political races.

By Johan Sequeira
Johan Sequeira is an engineer by vocation and a Men’s Rights Activist by avocation. He can be reached at johanseq@gmail.com
To submit your article / poem / short story to Daijiworld, please email it to news@daijiworld.com mentioning 'Article/poem submission for daijiworld' in the subject line. Please note the following: