Toys and Books are for Sharing - Not Hoarding

God has given us two hands - one to receive with and the other to give with. We are not cisterns made for hoarding; we are channels made for sharing.” - Billy Graham (b1918), American Christian evangelist.

As a working and free-lance journalist since 1960s I had to perforce books sent for review. In course of time I found my small flat in Bombay clogged with books and I felt that I was a hoarder of books which could enlighten and delight readers at large. Then, on my trips to Mangaluru, I would bring dozens of books in cardboard boxes and present the lot to the well-stocked library of St Aloysius College, my alma mater and first employer as a lecturer. Now I live in a cottage and there is no dearth of space..Also, many help me by borrowing my books and not returning them.

But, I had no difficulty in dealing with toys and dolls because I had no means to buy them when my first-born, Primrose (Prima) came along in 1971. That tryst (or is it non-event?) of mine with toys is a story by itself. 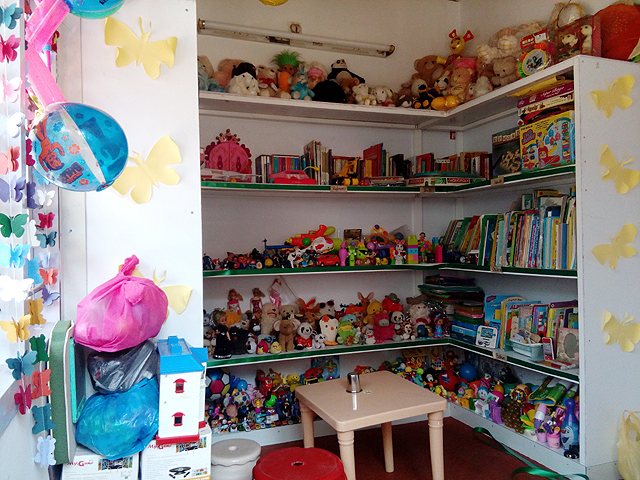 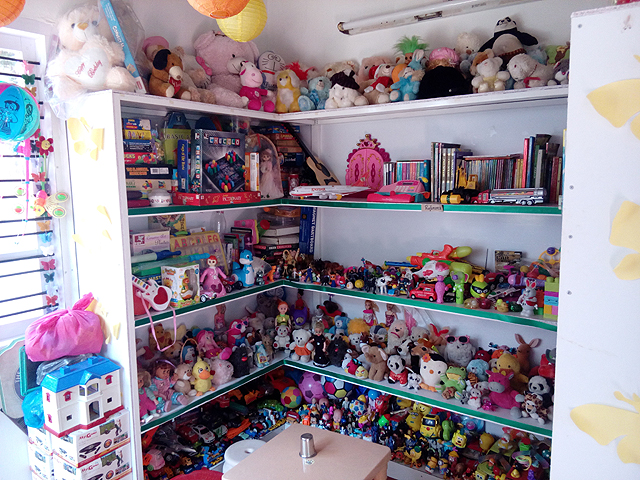 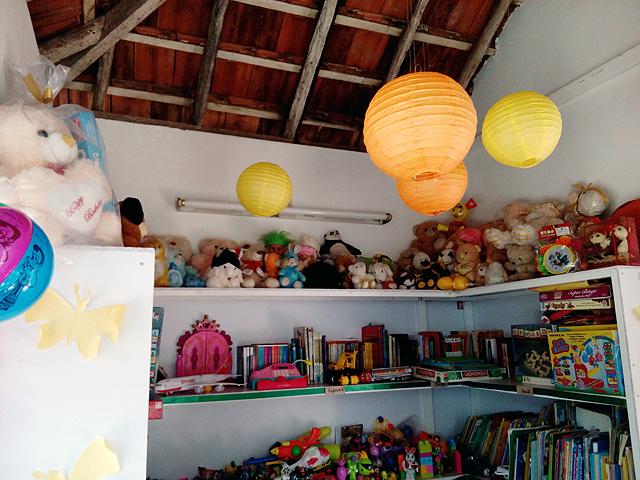 I never had a chance to play with dolls like other kids. I started working when I was six years old. – Billie Holiday, American jazz singer (1915-1959).

I didn’t start working at six. But, my childhood in a village setting with miles to walk to school and back had no slot for toys or games. But, when Prima was growing, my late wife, Lynette, and I had desire to pamper her with toys but no means to realise it. Living in a small flat in “posh” Colaba in downtown Bombay, all we could do to keep Prima engaged was to walk on Colaba Causway and visit Gateway Garden. That was the time when we could hardly end the month without bridge loans from obliging friends after stretching our individual monthly salaries of much below the then proverbially respectable four figures.

So, Prima had to be satisfied looking at the toys and dolls displayed in the massive show-room windows of posh stores on the Causeway. It was a frustrating experience. But, I had a hunch that Prima discerned the situation and reconciled to it. She didn’t bother us about buying toys so temptingly flaunted in the glass-fronted show-windows.

Then, the company I worked for sent me on a business trip to the Gulf. While my minimalist expenses were looked after by it, I could hardly garner, in those days of tight foreign exchange regime, any money for the expensive toys which my Gulf destination displayed in its posh stores. Foregoing some personal expenses, I could buy a walkie-talkie doll, 18" tall, battery-operated, named Catherine. When I landed at the Santa Cruz airport at sunrise, carrying the doll tenderly, with visions of delighting Prima, I was rudely stopped by the Customs man with a demand for Rs 500 as Customs Duty for the doll. I just had only enough money left for taxi fare to Colaba which in those days was about Rs 30. 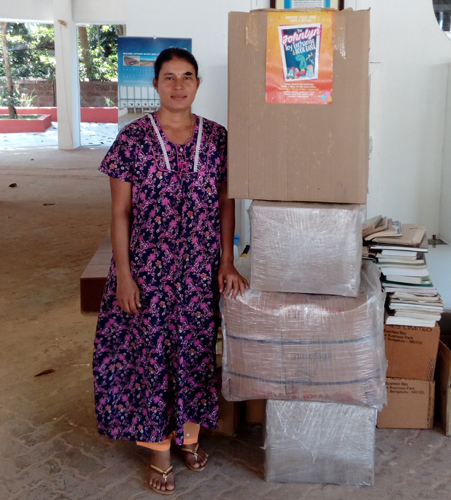 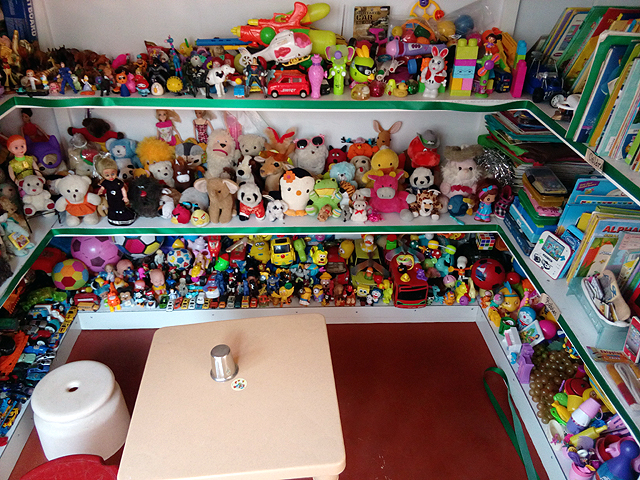 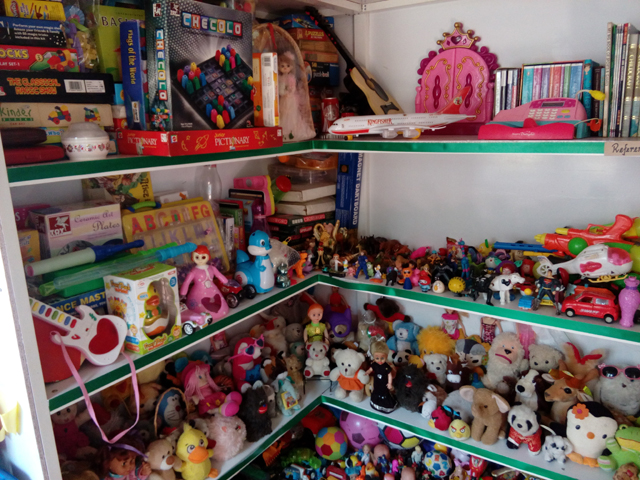 The Customs man melted feeling my mental turmoil. He advanced me Rs. 500 to pay the duty and said I could return the money later. I still remember his name as Radhakrishna. By sunset, I borrowed the money and travelling by train and bus and repaid the money – which probably he didn’t expect.

So, Catherine the doll started strutting about our modest drawing room with a pleasant call for Prima: “My name is Catherine. I am ready. Are you ready?” This went on till the battery mechanism gave way and Prima herself got bored with it. Then the doll was mothballed as I had no heart to throw it or give it away. Then I could imagine it mournfully singing: “I am a wall flower ...nobody is holding me tight...”

Along the way and over the years I have visited many homes, specially with Gulf connections, and seen many expensive, sophisticated toys. Like me, they also mothballed their toys even as their children grew beyond their toy-age, got married and flew the coop. But, the toys are hoarded for their sentimental value. Finally, they were consigned to the garbage bin during frenzied spring-cleaning in space-starve flats. Against this setting, the image of Prima longingly looking into Colaba Causway show-windows and my distress in not being able to buy any, stayed with me ever since.

That is the provocation, or rather inspiration, for my initiative, strongly supported by Prima, Mohan (our son, six years junior to Prima, who preferred to play in the Wodehouse church compound rather than with toys) and many other enlightened well-wishers, for starting Johnlyn Toy Exchange and Book Bank in Mangalore. We have set aside and refurbished our outhouse in Johnlyn Cottage compound to host the toy collection and distribution operation.

It aims to collect toys in good condition from those who have mothballed them after their children outgrew them (The Haves) for those children who can only dream about them (The Have-nots). With full support from Prima, Mohan and many others, we have set the scene for the Toy Exchange with the fond hope that it will bring the Haves and Have-nots into a sustained bond. I welcome involvement of generous people of goodwill in donating/collecting toys so that I can seek out and identify the deserving donees in orphanages and balashrams without hurting their dignity or self-respect. This will involve visiting orphanages, Bal Bhavans and more. These poor, neglected kids will have something to fondly hug and have a sense of ownership.

The Toy Exchange and Book Bank was launched on January 27, 2018 with Dr V Ravichandran, founder and head of Diya Systems as Chief Guest and Vathika Pai, President, Kanara Chamber of Commerce and Industry and Walter Nandalike, founder and Managing Director of Daijiworld Group doing the honours. Fr Vinod Lobo, Assistant Parish Priest of Bondel parish and a strong supporter of the toy-book project blessed the newly refurbished premises hosting toys and books in transit. Twelve children, four each from three institutions, with escorts, attended the launch function and were presented the first batch of assorted toy hampers. Their joy is beyond description.

I can go on with this subject; but would rather conclude with two telling comments on toys.

I look at other people's lives, and some people feel like they're too old to play with toys. But I still go through the toy section at the store, 'cause there were toys that I wanted when I was little that I couldn't have. So I still get them.- Kevin Gates (b1986), American rapper and singer.

Every kid has a toy that they believe is their best friend that they believe communicates with them, and they imagine it being alive, their toy horse or car or whatever it is. - Henry Selick (b1952), American stop motion director, producer and writer,

Those who wish to donate are welcome to visit Johnlyn Cottage, Vijaya Bank Lane, near Bondel Bus Terminus (about 250 metres east of Airport Road) during working hours on all days of the week while books will be issued, without any deposit or service fee, on all Sundays and public holidays between 9 am and 12 noon and 3 pm and 6 pm.

Children’s books will be given away for good along with toys while visiting and presenting toy hampers to all children residing in the targeted institution.

Title: Toys and Books are for Sharing - Not Hoarding