The cervix is an important part in the woman’s reproductive structure. The lower part of the cervix (ectocervix) lies within the vagina and the upper two thirds of the cervix (endocervix) lies above the vagina. Most cervical cancers originate in the area where the endocervix and ectocervix join. The initial signs of cervical cancer are not specific and include vaginal discharge with a foul odor, blood in the vaginal discharge and pain in the lower abdomen. Once the disease progresses, symptoms can include bleeding during intercourse, pain and loss of weight.

Nearly all cases of cervical cancer can be attributable to the human papillomavirus (HPV) infection. HPV is a group of viruses and one of the causative agents in sexually transmitted infections (STIs) in men and women with and without clinical lesions. HPV is a group of over 150 viruses that cause warts in various parts of the body. The other epidemiological risk factors for cervical cancer are early age at marriage, multiple sexual partners, multiple pregnancies, poor genital hygiene, malnutrition, use of oral contraceptives, and lack of awareness. 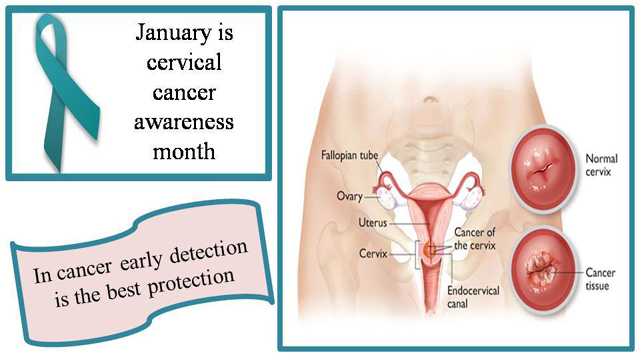 Cervical cancer can be prevented by vaccinating all young females against the HPVs and by screening and treating precancerous lesions in women. However, it is alarming that awareness levels of women-related cancers are low among the general population. Studies have confirmed that screening improves early detection of cancers by 1.5-2.5 times. However, despite established benefits of screening, coverage for the same in India is low for women. At a national level, there have been regular campaigns against cervical cancer. But this has had little impact on the morbidity and mortality of the disease. The sad aspect is that almost 70% of newly diagnosed cancers are detected in late stages. Late detection also adds to the cost of treatment as estimates indicate that the treatment cost for late-stage cancers is almost 2 times higher than the cost of early-stage cancers.

What is Cancer in General and of the Cervix in Specific?

Cancer occurs when cervical cells become abnormal and, over time, grow out of control. The cancer cells invade deeper into the cervical tissue. In advanced cases, cancer cells can spread to other organs of the body. In the case of cervical cancer, it usually takes 3–7 years for high-grade changes in cervical cells to become cancer.

Prevention is better than cure and is very suitable in preventing cancer. Cervical cancer screening is used to find changes in the cells of the cervix that could lead to cancer. Cervical cancer screening may detect these changes before they become cancer. Women with low-grade changes can be tested more frequently to see if their cells go back to normal. Women with high-grade changes can get treatment to have the cells removed.

Cervical cancer screening includes the Pap test and, for some women, an HPV test. Both tests use cells taken from the cervix. The screening process is simple and fast. The cells are removed from the cervix with a brush or other sampling instrument. The cells usually are put into a special liquid and sent to a laboratory for testing: For a Pap test, the sample is examined to see if abnormal cells are present. For an HPV test, the sample is tested for the presence of 13–14 of the most common high-risk HPV types. The recommendations for Pap and HPV tests are as follows:

1. Women aged 21–29 years should have a Pap test alone every 3 years. HPV testing is not recommended.

3. Women above the age of 65 need not have a Pap test if they do not have history of moderate or severe abnormal cervical cells or cervical cancer, and have had either three negative Pap test results in a row within the past10 years.

4. Woman who have had hysterectomy [surgical procedure whereby the uterus (womb) is removed], may still need screening. This depends on whether the cervix was also removed along with the uterus, why hysterectomy was performed, and whether the woman had a history of moderate or severe cervical cell changes or cervical cancer. This is because even if the cervix was removed at the time of hysterectomy, cervical cells can still be present at the top of the vagina and can develop in to advanced cancer if undetected.

5. If a woman has had a history of cervical cancer or cervical cell changes she will have to continue screening for 20 years after the time of the surgery. 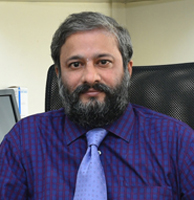 Dr Suresh Rao, director of Mangalore Institute of Oncology (MIO) stated that cervical cancer is common in this region and that almost 30% of people are from urban areas while the remaining 70% are from rural areas. Most of the afflicted women are from the middle-aged (between 40 and 55 years). The incidence is greater among women of lower classes, less educated, and those with a more number of children. The screening levels are low in the general population and the cancer education and awareness cell (CEAC) of MIO is actively involved in educating the general public on the importance of regular check up for early detection of cancer.