Governments keep changing in Kerala. But there is one major event that is always organised with all attention, without any compromise every year – Kerala School Cultural Fest or School Kalolsavam.

It is a state level annual cultural fest conducted officially by the state government in association with the Education Department. Till 2008, it was called as ‘Kerala State School Youth Festival’ or ‘Yuvajanolsavam’. The event was later named as ‘Kerala Kalolsavam’. Considered as Asia’s biggest cultural fest, it is also unique for systematic organisation, the number of cultural, literary, art events, the number of participants and also the outcome that the event brings. This is an inter-school cultural, literary, and art competition which is being organised in the most systematic way. People seldom find such school competitions in other states in India. 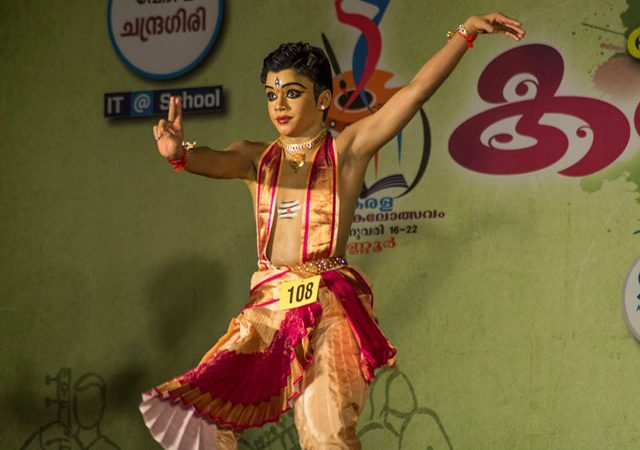 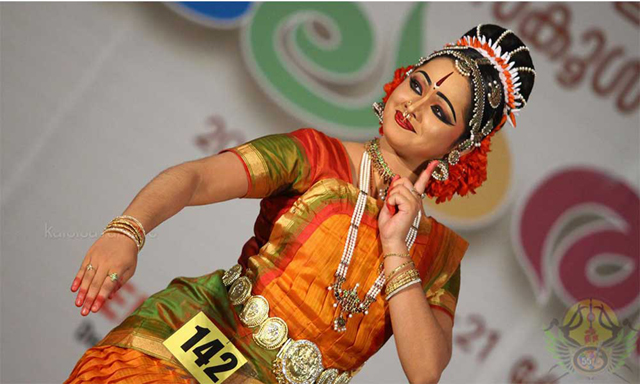 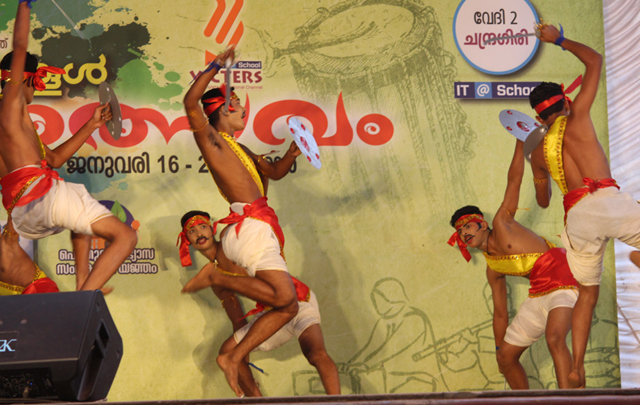 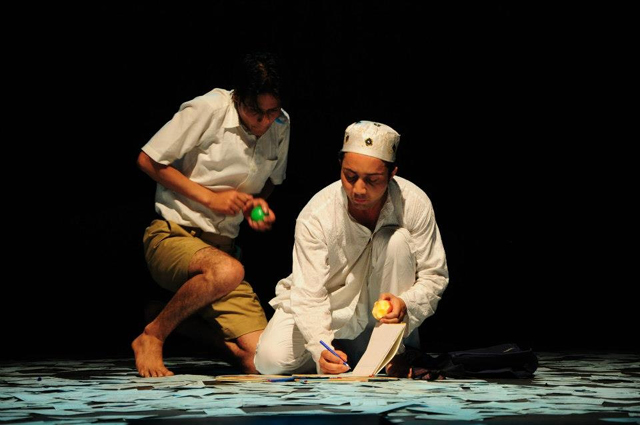 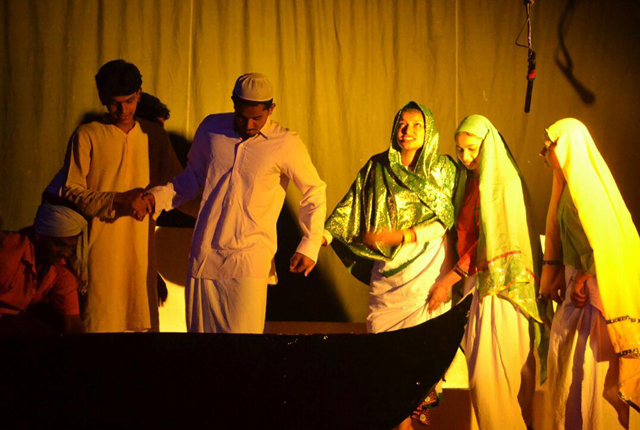 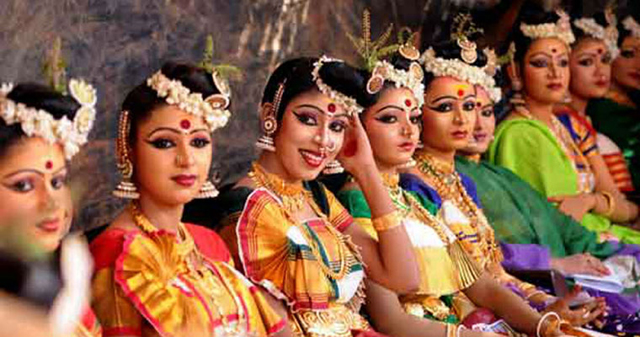 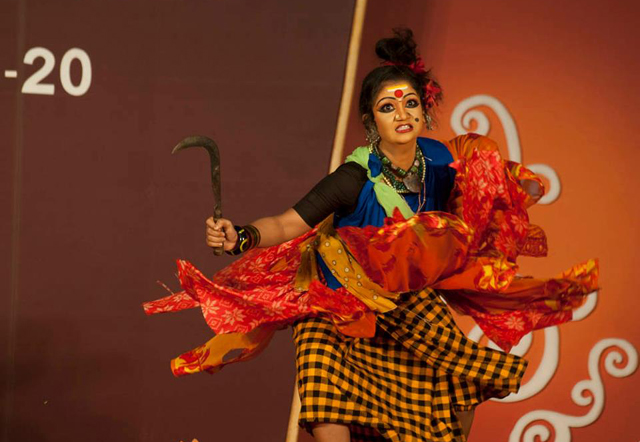 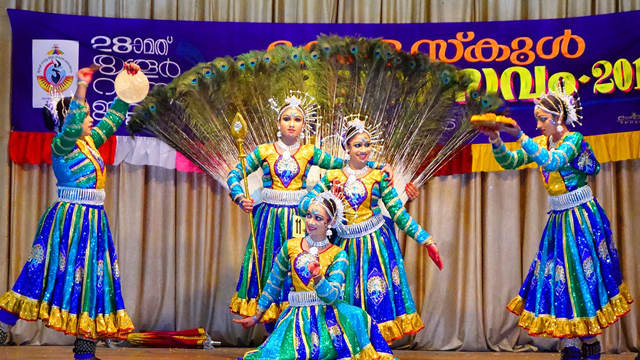 The Origin of Kalolsavam

The government, administrators, media and all people give much importance to this event. The news of ‘Kalolsavam’ becomes top news in Kerala media during the event days. Almost all news channels camp their broadcasting station at the centre and gives live coverage and updates.

This cultural fest includes almost all cultural, art events of Kerala without any linguistic and religious bias. Major cultural events like Bharatnatyam, Mohiniyatam, Kuchipudi, Kathakali, Poorakali, and Chavittunatakam gains major importance. An art form like Yakshagana which is usually found in Tulu-Kannada dominated Kasargod district is also included in the state level competition. Malabar cultural forms Oppanam, Dappumutum, and Kolkali have a big stage and huge audience too. Margamkali which is a Syrian Catholic dance form is also included in the fest.

The competition also includes literary fields like story writing, poem writing, cartoon creation and painting. There are numerous competitions in music including classical, western, and folk along with playing musical instruments like tabla, guitar, keyboard and others. There is band and parade competition too. Mimicry, tableau, and fancy dress are also included in the events.

Most of the Malayalam film directors who are in search of new talents attend this state level competition. As an evidence of success of this mega cultural event, Mollywood has gained a lot of fresh talents from ‘Kalolsavam’. Manju Warrior, Vineet, Navya Nayar, Vineet Kumar, Divya Unni, Kavya Madhavan, Vineet Sreenivasan, and Vinduja Menon are a few actors who received an opportunity to shine on the silver screen through ‘Kalolsavam’.

With 30 districts and variety of diverse culture, art, and languages, Karnataka is the 8th biggest state in India in population. There is no shortage of talents here. However, students here rarely get an opportunity to show their talents in school, district or state level. 'Prathibha Karanji', a cultural fest is held every year. But, compared to other states, school cultural fest like ‘Kalolsavam’ is missing.

'Prathibha Karanji' is conducted at cluster, block, and district and state levels. A large number of students also participate in it. But a majority of people in the state still do not know about it. Only participants and teachers can be seen at the events as it is not yet converted into a festival of an entire block, district or state. It limits to be a competition and does not have the charm of a cultural fest like ‘Kerala Kalolsavam’.

The enthusiasm of students in competitions such as ‘Prathibha Karanji’ is fading and it is time for the Education Department to take initiative in promoting it on a higher level which will help students to get recognition and also maintain the reputation of such competitions. Karnataka can flllow the footsteps of ‘Kerala School Kalostavam’ for inspirations which can in turn can inspire millions of students.

By Santhosh Perla
To submit your article / poem / short story to Daijiworld, please email it to news@daijiworld.com mentioning 'Article/poem submission for daijiworld' in the subject line. Please note the following: