Robotic Surgery: The Future is Here

The technological developments of the last decade have revolutionized healthcare. Minimally invasive surgery i.e. Laparoscopic (Keyhole) and Robotic surgery have redefined the standard of surgical care, by outdoing the traditional style of open surgery.

Laparoscopic surgery, from the 1990’s, became the standard of care for many procedures. This was conducted by making small incisions in the abdomen through which cylindrical ports called trocars were inserted. A lighted camera called laparoscope gives a complete view of the abdomen. The various instruments used in the surgery are specially customized scissors, graspers etc. Surgery performed in this manner makes it easier for the patient to recover faster, with early return to normal activity.

However, the essential disadvantages of laparoscopic surgery are the two-dimensional view, difficulty in movements, long learning curve, limitation of the clarity of depth, dependence on assistant held camera and when that is coupled with hand-eye coordination and operating fatigue, it can become quite tedious to operate, particularly for long surgeries. 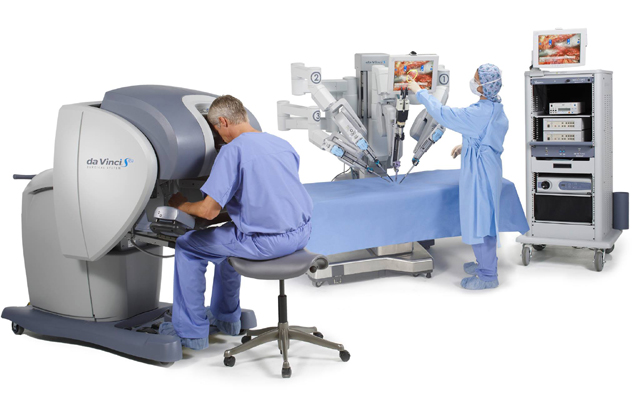 The genesis of robots goes back to the 1980s when researchers at NASA collaborated with engineers of Stanford Research Institute to develop robots for surgery. The US Department of Defense later got interested in this technology, as they wanted a remote-operated surgical system wherein the wounded in the battle could be operated upon by surgeons away from the frontline. This was utilized during the Gulf war in 1990. This concept could not be further developed in the military, and was adapted by a private firm, Intuitive Surgical which led to the eventual development and marketing of the “da Vinci” Robotic Surgical System in April 1997. It received FDA approval in 2000 for minimally invasive surgeries.

During the procedure, while the surgeon operates the sophisticated robot from a computerized console placed at a distance, the bedside surgeon is responsible for direction and placement of the robot into the patient and assisting the primary surgeon. 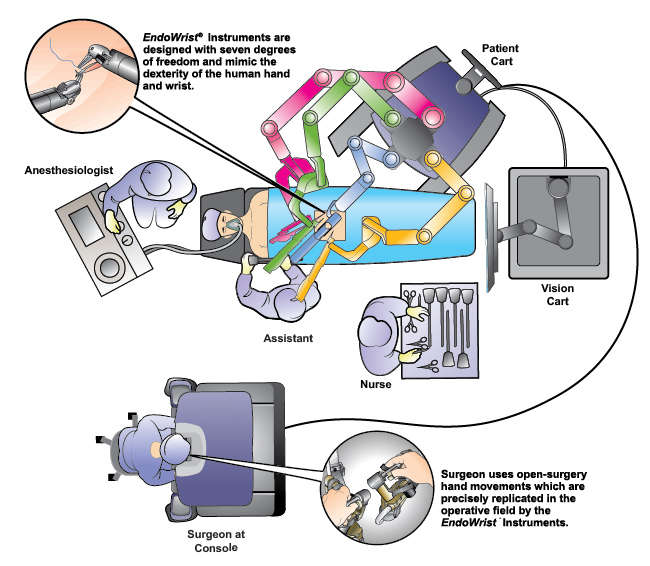 The console translates the surgeon’s hand movements into corresponding micro-movements of instruments inside the patient’s body, which are placed through small incision ports on the patient’s body. The robot can accomplish in surgery what the human surgeon cannot, because of its ability to mimic the human hand within a small, contained space. This translates to better visualization, dexterity, control and precision than open and laparoscopic surgery.

The range of movements of the Endo Wrist instruments of the Robot is far greater than the human hand. This improves dexterity and reduces hand tremors of the surgeon. It also helps in natural (intuitive) movements similar to open surgery, unlike laparoscopic surgery. 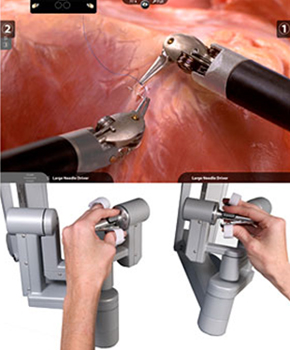 It is the only surgical system that allows doctors to operate while seated away, and not standing beside the patient. It is more comfortable, and clinically advantageous than laparoscopy due to reduced surgeon fatigue, especially while conducting long surgeries.

The System's robotic arms hold the camera and instruments steady. This translates to less assistance needed and reduced fatigue for the surgeon and also less potential for trauma to the body and hence less pain for the patient.

The present da Vinci system is manufactured worldwide by only a single company Intuitive Surgical Inc. Ongoing research is going on at Google and Johnson & Johnson to develop such a prototype surgical robot, which may compete and reduce costs eventually. 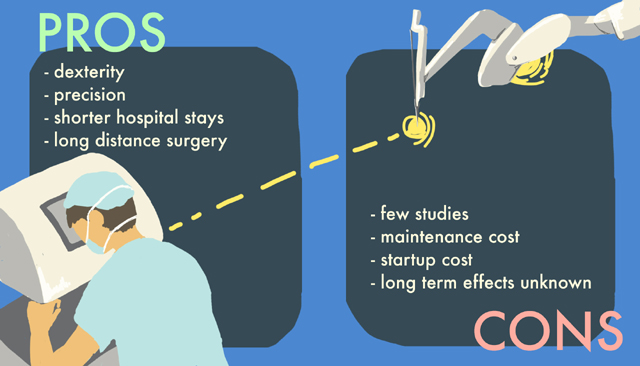 The future of surgery is data driven and artificially intelligent robots. Can it replace the surgeon? No, as of now, as it is a slave robot, completely under the control of the surgeon. But that day may not be far away.

(The writer is a senior Urologist and Robotic Surgeon with special expertise in Robotic Surgery of Kidney, Urinary Bladder and Prostate Cancer, at Yenepoya University, the only Institution which offers Robotic Surgery in this part of the world. For further details, contact on nish25@gmail.com or 9945087949.)

By Dr Nischith D'Souza
To submit your article / poem / short story to Daijiworld, please email it to news@daijiworld.com mentioning 'Article/poem submission for daijiworld' in the subject line. Please note the following: