Mangaluru, Dec 9: D-lysergic acid diethylamide, better known as LSD or ‘acid’, is a hallucinogenic drug made from lysergic acid, a natural chemical found in a fungus that grows on rye called Claviceps purpurea. LSD was first synthesized in 1938 by a Swiss chemist Dr Albert Hoffmann who was researching for new drugs to stimulate patients’ circulation and breathing.

Dr Hoffmann discovered LSD’s striking mental effects in 1943, and the drug was marketed under the brand name Delysid from 1947 to 1966. It was used to enhance the effectiveness of psychotherapy and to treat psychiatric illnesses such as depression and alcohol addiction. 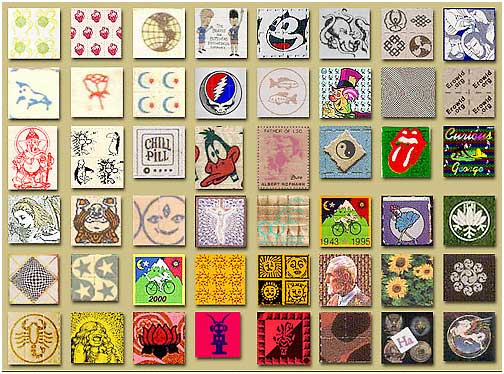 Starting in the 1950s, the United States Central Intelligence Agency and the Army conducted experiments to find out if LSD could be a useful tool for exerting ‘mind control’ on enemies. Known as ‘acid’ and by many other names, LSD is sold on the street in small tablets (microdots), capsules or gelatin squares (window panes). It is sometimes added to absorbent paper, which is then divided into small squares decorated with designs or cartoon characters (loony toons). It is also sold in liquid form. LSD is odorless, colorless, and has a mild bitter taste user’s life.

This drug is classified as a hallucinogen. Hallucinogens infiltrate the nerve cells and neurotransmitter serotonin, disrupting their interaction. This disruption in turn affects the body’s behavior and perception of things. When taking LSD, the body’s senses become confused and mood swings are common. Approximately 30 minutes to an hour after taking LSD, results of its use begin to take place. These effects can last up to 12 hours. The physical LSD drug effects include: higher body temperature and sweating, dilated pupils, nausea or loss of appetite, increased heart rate, blood sugar, and blood pressure, sleeplessness, tremors, and dry mouth.

High doses of LSD can induce ‘bad trips’ where the user experiences intense anxiety or panic, confusion, or combative behaviors. Distorted perception of time and depth with lack of control may induce changes to the shape of objects, movements, color, sound, touch, and own body images. These experiences may become severe, terrifying thoughts and feelings, fear of losing control, fear of insanity and death. If large enough doses are taken, the drug produces delusions and visual hallucinations that last for 10 to 12 hours.

LSD is very popular among the young and is known as ‘drug of the young’. This is because it is a sex stimulant. LSD is the most powerful aphrodisiac ever discovered by man. Sex after consuming LSD becomes miraculously enhanced and intensified.

“We were dealing with a powerful aphrodisiac, probably the most powerful sexual releaser known to man. The effect was sensory-contact was intensified thousand-fold but also deeper. The union was not just your body and her body but all of your racial and evolutionary entities with all of hers. It was mythic mating, Neurological union, Cellular sex, Archetypes merging. It was the direct reliving of thousands of mating. The LSD experience is sensuous, the ultimate in sensuousness. It is also erotic, exotic, timeless and eternal so that all of the good feeling will seem to never end. It is a religious experience of remembering one’s full identity and its all heaven and paradise. When a man and a woman are tripping together, it is a God and a Goddess having ultimate, spiritual sex on a cosmic level. The union is deeper and richer because both people are ultimately and infinitely far beyond the ego games. The two bodies can be so merged that each person does not know where their body ends and the other begins. It is as if there is just one body. Sex under LSD is the ultimate merging of the bodies combined with the ultimate merging of the minds. Typical sexual relationships, including almost all marriages, are based on the ego, meaning that they are just a tiny fraction of one percent of what sex, relationships and sexual relationships can be.” If drugs can change the way in which the brain sees, hears, smells and assembles meaningful form out of the chaos of sensation, they can also radically transform the nature of sexual feeling. Individuals can feel that prior to the experience they had never really seen colors, smelled the variety of fragrances and odors, and experienced the sensual potential of their bodies. ‘Sex on Acid’ is a popular expression among the youth.

LSD on stamps is the current craze to grip youth, especially in Kerala. These are small pieces of blotting paper sheets on which liquid LSD is spread. A blot is a small piece of paper, smaller than a postage stamp that a person keeps under the tongue till the chemical in it is absorbed. The papers are printed with different images that give them their name, which also signify the type and the strength of the dosage. A normal safe dose would be about 100 micrograms. The surge in LSD use is part of a bigger trend where young adults are looking for a more sociable high. The latest modus operandi of traffickers involves packaging LSD in the form of biscuits. Since drug addicts taking LSD from blots, which are smaller than the size of a postage stamp, are prone to suspicion; the biscuit route seems to be the latest innovation in the psychedelic drug market. All that the peddler needs to do is to put one drop - the size of an eye drop - on a biscuit. It gets absorbed in the biscuit within no time. Each biscuit costs Rs 1,500 to 2,000, and for an LSD user every bite gives a high.

LSD users call an LSD experience a ‘trip’, typically lasting twelve hours or so. When things go wrong, which can happen, it is called a ‘bad trip’, another name for a living hell. After an LSD trip, the user may suffer acute anxiety or depression, severe fatigue, or experience frightening flashbacks known as Hallucinogen Persisting Perception Disorder (HPPD). Their surroundings appear blurred by afterimages (Palinopsia) and trails (Akinetopsia); shimmered by sparkles and flashed by bright bolts of light; interrupted by transparent blobs of color floating around; electrified by visual snow; magnified or shrunk by “Alice-in-Wonderland” symptoms; adorned by halos around objects, and around people’s heads. Treatment options for those suffering from HPPD are very limited: palliative care and adjustment through psychotherapy.

It is a frightening scenario as most of the cities across India have reported significant seizures of LSD stamps and even young school children have been caught with them, either as consumers or as peddlers. There is no survey on how many students use drugs in colleges and schools in India but the community is ballooning every passing day. While all the school and college administrations are strict on the use of drugs on the campus premises, it is nearly impossible to monitor activities of every student. Students are also roped in and made the ‘agents’ who sell the contraband on college campuses. They are promised lucrative money-making options, and this ensures that the drug peddlers stay away from dealing directly with the students, which might attract the law enforcers. College authorities, fearing their reputation if a raid occurs on their campus have tried to deal with the cases within the campuses, either by monetary fines or expulsion from hostel, usually labeling it as a case of misdemeanor.

The only practical solution is to compel all schools and colleges to maintain a narcotics detection dog squad on the campus. There are many private kennels in different parts of the country which are supplying trained dogs for narcotics detection to enforcement agencies, at very reasonable rates. Such a step would ensure that at least the campus remains drug free. 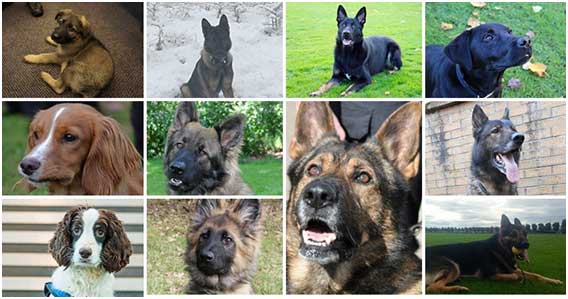 Universities/colleges/schools should be made to compulsorily have periodic meetings to evaluate the prevailing drug scenario in order to take appropriate preventive action. It is a simple task to convene meetings by the chief minister/home minister/education minister of vice chancellors/registrars/principals and chalk out action plans with police/NSS and NCC units/ department of Youth and Sports Affairs/ department of Health and NGO’s working on drug de-addiction programs. Let us hope the government will take up this issue on a war footing.