Many people dream about being an entrepreneur, starting their own business, working for themselves, and living the good life. Very few, however, will actually take the plunge and put everything they've got into being their own boss.- Fabrizio Moreira,(b1982) Ecuador-origin, USA-settled Public Relations professional/businessman.

One such is Jeevan Saldanha, the founder and owner of Mangaluru-based Spectrum Industries, pioneer in the manufacture of high-end colour-sorters in India since 1993, with manufacturing facilities spread over two industrial estates. He prefers to be low-profile; but his recently concluded one-year as President of the 77-year-old Kanara Chamber of Commerce and Industry (KCCI) has inevitably thrown him into public focus in Dakshina Kannada district and beyond. His is a story of dogged perseverance in his entrepreneurship quest and his highly creditable achievements make Indians proud. But, we must start at the beginning. 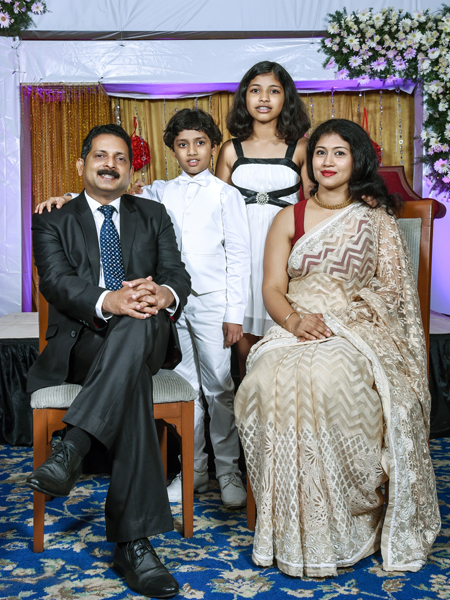 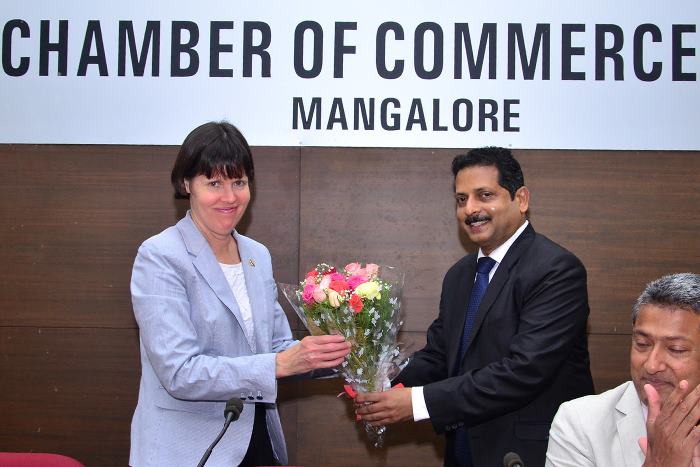 Jeevan, born on March 26, 1967, is the fifth and last child of John and Irene Saldanha. His father was a pioneer and partner in the firm by the name Saldanha Brothers, which is said to be one of the first licensee in Mangalore for Custom House agency & Shipping clearing and forwarding agency at the dawn of New Mangalore Port. Jeevan passed out of St. Aloysius College in 1984 after finishing his pre-university. He joined the four-year Mechanical Engineering course at Shree Jayachamarajendra College of Engineering, Mysuru, earning his BE degree in 1988. Then he worked at Mazgaon Docks for Western India Engineering which was building oil production jackets and oil rigs, as trainee engineer for one year. Then he worked as design engineer for St. Joseph’s Industrial Workshop at Jeppu, which was then reputed as the mother of all workshops on the western coast of India, south of Bombay. But, Jeevan was restless to do something on his own at the age of 26 and thus was born Spectrum Industries in 1993.

Spectrum Industries, then pioneer, and is now leader in a range of optical sorting machines. He had seen one imported machine working and decided to locally manufacture such machines. He headed for Raman Research Institute and Indian Institute of Science, both in Bangalore, and with their help and mentoring developed the first colour-sorting machine in India in 1993. These prestigious organisations were in the forefront of high-end, advanced optics. Jeevan recalls approaching Dr Udayashankar, Head of Raman Research, who, being told about his ambition to make colour optic separation machines, shot back: “Who stops you? Go ahead and make it. You are always right till you are proved wrong.” That earthy wisdom put to rest Jeevan’s doubts: “Am I on the right track?”

Beyond off-the-cuff encouragement, Indian Institute of Science helped Jeevan with electronics back-up to develop the first machine in his rambling heritage ancestral house in Bendore, Mangalore. He assembled it in a side room of this family bungalow.

Jeevan secured a work-shed in Yeyyadi Industrial Estate, on the city-airport road, in 1993. The first machine he manufactured there was sold to a coffee curing works in Kushalnagar, after being first kept there for demo – the first buyer being AC Rai, husband of noted gynaecologist , Dr. Asha Devi Rai and uncle of famous actress Aishwarya Rai. Though a new product then, he sold it for Rs 3.5 lakhs, a king’s ransom then and a vote of confidence for Jeevan. Then orders came from many coffee curing works to separate black and brown beans. Then there was no stopping or looking back. 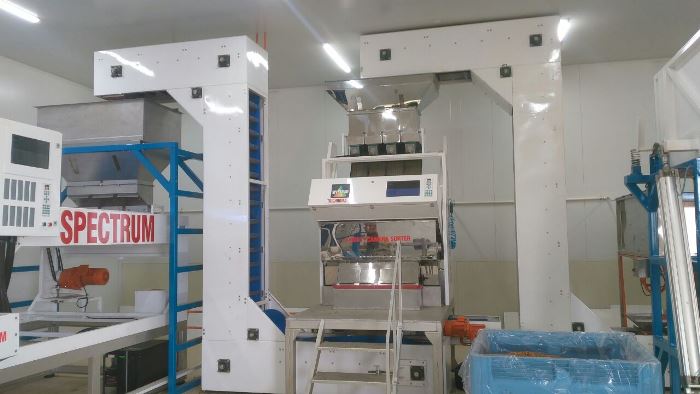 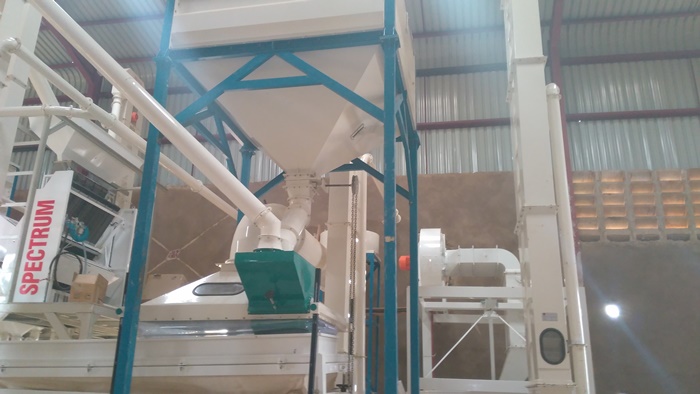 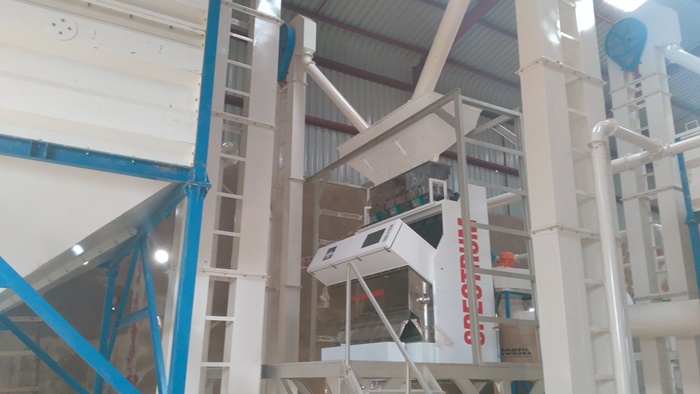 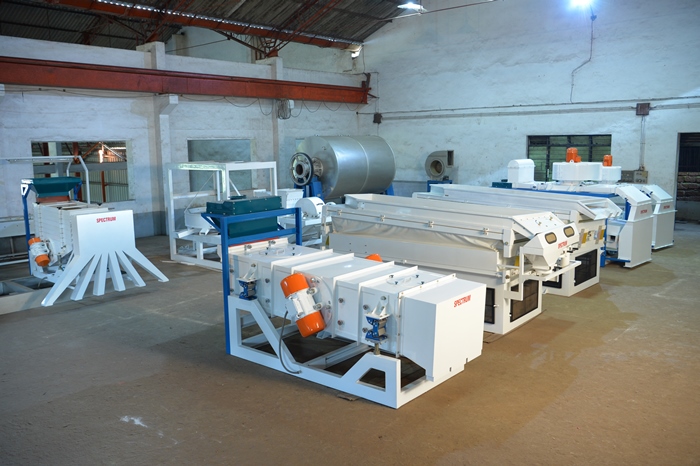 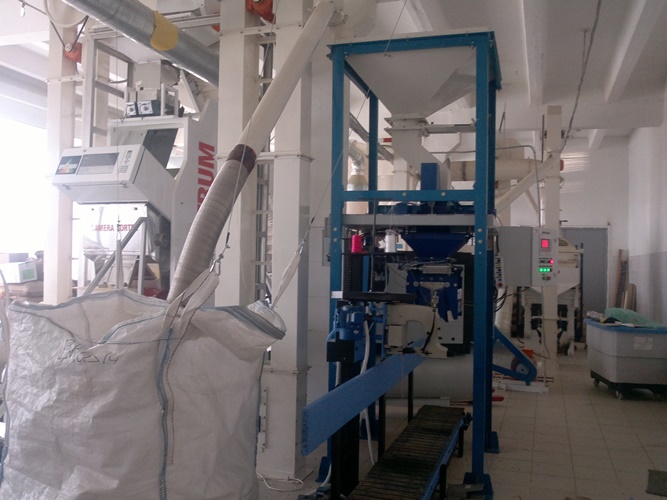 Now there are machines for more than 50 applications which were initially analog photo detector-based machines, then micro-processor based machines and subsequently CCD (charge coupled device) camera-based colour sorters ranging in capacities of one tonne per hour and multiples thereof. The cameras were initially imported, but now Spectrum makes far more sophisticated colour Trichromatic red, green and blue, full-colour CCD cameras, which are completely designed and manufactured in-house.

Spectrum started manufacturing grading machines for grain processing in 1998 and also complete coffee processing plants as well as complete seed and grain processing plants. It started exporting these machines in 2000 and Jeevan now counts satisfied customers, with many repeat orders, in 25 countries, including sophisticated markets like USA and Australia. Spectrum received Business Excellence Award from Kanara Chamber of Commerce and Industry in 2006.

All work and no play makes Jack a dull boy. Jeevan’s day starts with playing badminton at Eden Club, Nanthoor. He has been actively associated with KCCI for many years and his one-year Presidentship of the Chamber, which ended on September 28, 2017, was marked by many initiatives for the betterment of Dakshina Kannada district – much beyond his basic constituency of commerce and industry.

Jeevan married Nelofer D’Souza in December 1999 and they have two children, Sophia and Andrew, who are studying in St. Theresa High School. His first call is to his closely-knit family and beyond that his passion is Spectrum with its colours brightly shining in India and beyond. He has visited over 25 countries to promote business, attend conferences and participate in exhibitions in order to showcase Spectrum’s product range.

To conclude, Jeevan confirms Peter Drucker (1909-2005), American management educator and author’s description: “The entreprenuer always searches for change, responds to it, and exploits it as an opportunity”.

From Human Eye to High-end Camera

Time was when, and even now, plantation products were graded and impurities separated by the focussed eyes and deft fingers of plantation labourers, especially women. Labour was cheap and available. According to old planters, during off season, coffee beans were deliberately mixed with impurities and labourers were asked to do the grading and separation to keep their skills alive - eyes alert and fingers deft - for work in the season. Benign planters might also have thought about keeping the pots of labourers boiling.

The individual output was in terms of kilos per day. Today’s camera-based separators and sorters, like the ones manufactured by Spectrum Industries, count the output in tonnes per hour and extend to a variety of grains which were not covered earlier in an era of manual handling.

A Record of Qualitative Growth

Since the first machine manufacture of an electronic colour sorter in 1993, Spectrum Industries has gone places in terms of variety and sophistication. Today, its product portfolio includes stand-alone machines such as pre-cleaners, de-stoners, gravity separators, hullers, graders and electronic colour sorting machinery as well as complete turnkey solutions for processing a wide variety of seeds, nuts and all types of food-grains and cereals ranging in capacities from one to ten tonnes per hour.

With nearly quarter century of designing, developing and manufacturing experience in colour-sorting and with over 1,400 installations, Spectrum’s Monochromatic as well as Trichnomatic full-colour RCB CCD camera-based colour-sorting machines of the chute-feed type as well as belt-feed type are incorporated with cutting edge technology making them the best available sorters in the world today.

Spectrum has four manufacturing units in Baikampady and Yeyyadi industrial areas having a total built-up area of 53,000 square feet. It has an exclusive research and development centre located in Bhavnagar in Gujarat. Starting with a handful of employees, Spectrum today has a staff strength of 150 people, that include Post-Graduate and Graduate Engineers as well as Diploma and ITI certificate holders. Finally, Spectrum is an ISO 9000 company and has been certified for the design, manufacture and supply of electronic colour sorters by the British Standards Institute.

About the Author: Veteran journalist and author, John B Monteiro (b. 1938) has written three books – Corruption - Control of Maladministration (1966), Some Current Issues for Debate (2001) and Corruption - India’s Painful Crawl to Lokpal (2013). He has written, and is writing, extensively for websites, newspapers and magazines. More recently, he has editorially architectured and produced the illustrated autobiography of a veteran advocate, History and Centenary Souvenir of Catholic Association of South Kanara and Platinum Jubilee Souvenir of Kanara Chamber of Commerce and Industry. Presently he is working on a GPS-based tourist guide book on Dakshina Kannada under commission from Karnataka Government.