"This senior-junior, giant-dwarf, Dan Cupid:
Regent of the love-rhymes, lord of folded arms,
The anointed sovereign of sighs and groans,
Liege of all loiterers and malcontents...

I lost my love’s labour when my beloved wife of 48 years passed away unexpectedly and without a goodbye in the ICU of A J Hospital on August 11, 2017. That takes me back to the day Cupid struck us with his arrow in the city paved with gold – Bombay – or rather in a railway compartment that sucks in and spews out thousands of commuters.

I was without a job and footloose, hoping that things would turn out right at the next turn. The poet says that hope lives eternal in the human breast. But one has to do the footwork to reach the next right turn. It was in such a quest that I would visit kind acquaintances, with the hope that someone would lead me to a job. One such was Dr Aloysius (Louie) David Monteiro, no kin then despite the common surname, elder brother to Nobbie, my classmate at St Aloysius. He had his Tata executive housing flat in Andheri, and I often went there to be served a decent meal – though the rail fare made a dent in my depleting resources.

And Louie had a farm at Kamshet, two stations ahead of the hill station of Lonavala. One Sunday, on a whim, I landed at his farm house, and Lynette, a chit of a girl, was there with her elder sister May, Louie’s wife. They had decided on a longish stay at the farm and were worried about Lynette reaching Bombay in time to get to work on Monday for ACC at its headquarters near Churchgate. I turned out to be their saving knight without armour. I offered to escort her to Bombay. 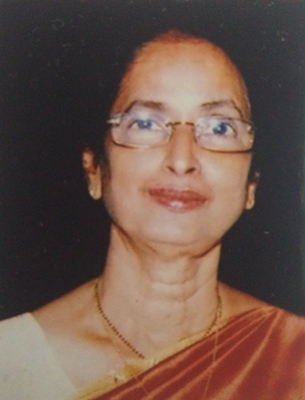 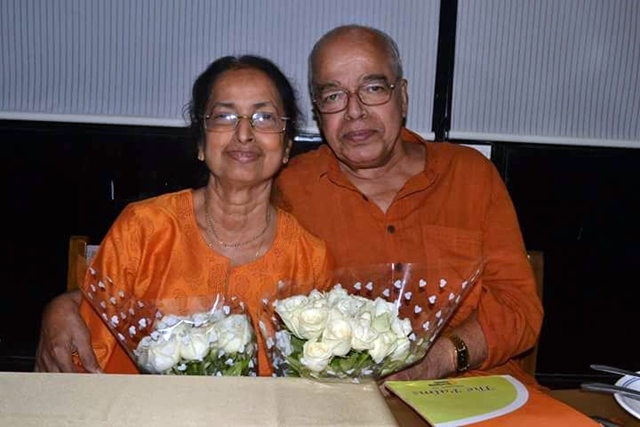 Those were the days of shortages and rationing. So Louie sent Lynette back with 10 kilos of rice from his farm as she travelled on the Poona-Bombay train. She tucked the rice bag under her seat while I slept on the upper berth. Soon, a raiding party entered the compartment and zeroed in on the rice bag. They asked about the ownership of the rice bag. Lynette was dumb with fear. I could see the tears streaming down her innocent cheeks. At this juncture, I claimed ownership of the bag and the raiders asked for my name and address – and also about the contraband.

Though I had no job, I had had calling cards printed describing me as a “freelance journalist”. The word “freelance” might have stumped the half-literate raiders, but “journalist” rang a bell, and they left the rice bag – and us – alone.
I felt like a hero for saving a poor damsel in distress. Though I was travelling to Victoria Terminus, I made sure that Lynette alighted at Dadar Central, and caught a train for Andheri at Dadar Western.

As day follows night, shortly, Louie raised the question of an alliance. My first question was: “Has she finished her Matric?”. On being assured that she was a BSC from St Agnes, the next question was about her frail build. Again Louie reassured me with a Konkani adage: “Kelmbache mulak udak podtana, kelmbo fultha and gaday galunk thayar zata (When you water the banana plant, it flourishes (fills up) and gets ready to yield stems of plantains). The double entendre of this statement didn’t fully register then, but, in time, we were blessed with two loving and caring children – Primrose (Prima) and Mohan, who, by their professional achievements, have made us proud. 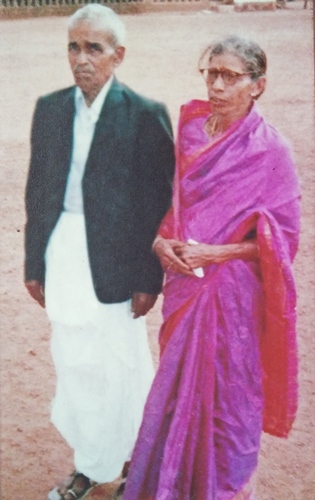 Lynette’s and my Cupid-struck story is not the first in the family; my parents started the story in a rural setting. My mother, Carmine, lived in Kopla, a village in Bellore Parish, while my father, Hilary, lived across a bullock card road and hill in Thodambil village of Bantwal (Modankap) parish. How Cupid brought them together is a fading memory kept alive by me in my writings.

Enter a mischievous uncle of my father on the scene. He secretly met my teenaged mother on her turf and conspired with her to put the seeds of the giant pumpkin into the hollow of a tree in the forest between the two villages. On the Thodambil village end, Hilary’s uncle deployed him to go and collect the seeds from the hollow of the tree. The timing of delivering the seeds and the arrival of young Hilary mysteriously coincided. One thing led to another and Carmine and Hilary marched to the altar, united by giant pumpkin seeds.

There is more to that but all good things, including Cupid’s arrows in its varied avatars, should end for the present. But, once again, to conclude with Shakespeare in Romeo and Juliet:

“Good-night, good-night! Parting is such sweet sorrow,
That I shall say good-night till it be morrow.”