Angels on Earth: A Fond Remembrance of My Mother

As we get closer to the Mother's Day every year, I remember my mother who is now in safe hands in heaven and enjoys the fruits of her good deeds during her stay on earth.

Like many of us, I don’t remember at what stage I met her for ever since I remember; she was by my side, guiding and guarding me, till the day she left all of us for a better world. I am happy for her today for she lived her life to the full without complaint about anything.

Also I don’t ever know how far she studied, but I have always known her as an intelligent person. She was an agriculturist by profession and prayer was her pastime. We always saw her reciting hymns from Konkani books and she made it mandatory for us to sing at least one such hymn every night during the night prayers, which were long and quite stressing. We always prayed for some unusual incident to come up so that we could skip the prayers that night. But such incidences were remote.

My mother was an astute businesswoman too, for whatever she raised in coconut grove, areca and betel leaves plantation, including a number of fruits and vegetables, she sold them at the nearby market. Thus she earned handsome income, without even bothering to wait for the draft which was coming from my father in the Gulf. My father always kept blackmailing her saying he may land up anytime from the Gulf but she was least bothered. 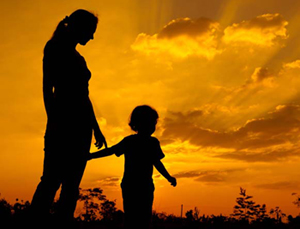 She was small in size, but her power was huge to keep all the children under control. We never once crossed the line drawn by her. Even after we children went around our ways in search of our fortune, she never once asked for money, for she had made enough savings in her life to pull through. She never believed in taking loans or borrowing on credit, for she followed ‘Cash business’ and operated many a times on ‘barter system.’ She used to feel nostalgic during harvest season; for that was the time she was getting handsome returns for her yield. Whether it was jackfruit, sweet potatoes, ginger or green chilies – she used to produce all of this on leased properties. We had enough land under our disposal, yet such enterprising person she was, she always found our land to be insufficient to achieve her goals hence she leased the barren lands in the neighborhood to grow rice and vegetables in abundance.

After my father passed away, she preferred to stay with a few dogs, cats and plenty of crawling insects in the house, rather than staying with her children. Whenever she came visiting us in the Gulf she never stayed for more than two weeks, for the dogs and cats came in her dream to trouble her to get back soon and she used this tactic to get back to them. She spoke in their language and understood their pain like no one else. Once one of our dogs, the Tarzan (whom I have featured in my column 'With a Pinch of Salt' umpteen number of times) had an emergency. The dog in its haste to gulp the food, accidently had his teeth slit the jaw. The dog was in great pain and crying for help. The dog did not allow anyone to go closer. My mother making sure all are in deep slumber, made her way to the dog, and somehow managed to twist the jaw and set the teeth right. No one knew till the next day, that she did not eat her food that night. Once the mission was accomplished, she and her dog shared the meal together and celebrated the successful surgery.

She always told me, my son, you were always a sick as a child and I suffered the most during your childhood, hence “Whenever my limbs fail me, come back to me.” I did the same.

When I realized she had reached pinnacle of her life and she could not go on for long, I asked her once when she was bedridden, mother, do you think it is the time I should come back to you? She said, yes my son, I may not live for long, but only if it is possible. After all how many years can you remain in that Gulf?

Both my wife and I took a call willingly, and we returned to be by her side. We were fortunate to be with her till she decided to travel to a better world after three years, during which period we ensured that all her little small needs are taken care of.

More than a mother, she was a nurse to all of us. So always a thought comes to my mind and I find an answer why a Mother’s day and Nurses day comes simultaneously. Perhaps for the simple reason that the love and service of a mother and a nurse is unparalleled and unconditional.

Hence I wish to call them the ‘Angels on Earth’, whether someone agrees with me or not.

Title: Angels on Earth: A Fond Remembrance of My Mother