100th Anniversary of Our Lady of Fatima: Apparitions and Sainthood

This year 2017 marks the 100th anniversary of the apparitions of Mother Mary to three small shepherd children in Fatima, Portugal. One hundred years ago, our Blessed Mother appeared six times - once each month from May 13 until October 13, 1917. Our Lady of Fatima, as she came to be known, asked for repentance, penance, the daily recitation of the Rosary and prayers for the conversion of Russia. The message of Fatima also highlighted the central tenets and devotions of the Catholic faith. A special emphasis was laid on the Immaculate Heart of Mary, which is a refuge of maternal love for us all and a sure path that leads us to God and to Jesus. Two of the visionaries, siblings Francisco age eight and Jacinta Marto age seven died soon after the apparitions. Francisco died in 1919 and Jacinta died a year later, when they were still just 9 and 10-years old. Lucia dos Santos, their cousin age ten, went on to become a Carmelite nun and died in 2005 at the age of 95. 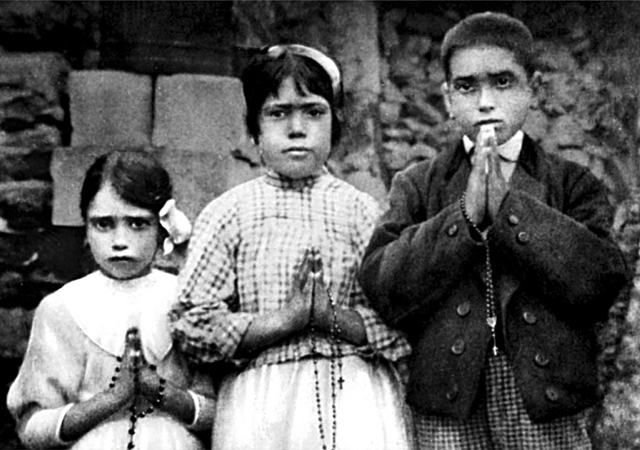 The Fatima apparitions were known for the prophecies, secrets and miracles associated with them. A century later, they are still the subject of intense interest and discussion and draw a large number of pilgrims annually.

The fourth apparition on August 13 was denied to the children by the anti-clerical civil authorities. They were put in prison and later released. The Lady then appeared to them on August 19 and asked them to continue praying the Rosary and told them that she would perform a miracle on 13 October. On September 13, 1917 in the fifth apparition, the Lady told them that Jesus and St. Joseph would appear in the October apparition and encouraged them to continue to pray the Rosary for the end of the war. The sixth apparition on October 13, 1917 was the most dramatic of all the apparitions. It was a rainy day and thousands of people gathered to witness the ‘miracle of the sun’.
Although people had been standing in the rain, the fact that their clothes were completely dry was inexplicable. Whilst people saw and wondered at the strange phenomenon of the sun, the three children saw St. Joseph with the Child Jesus and the Blessed Mother robed in white with a blue mantel. She then appeared as Our Lady of sorrows and then as Our Lady of Mount Carmel. Mother Mary also revealed herself to them as “Our Lady of the Rosary” and asked them to continue praying the Rosary and to have a chapel built at the site of the apparitions.

The Secrets of Fatima

It might be a better idea to say – Our Lady made a few prophecies to the children during the various apparitions and which are summarized below:

The three children had a vision of hell where they saw the souls of poor sinners. “To save them”, said Mother Mary “God wishes to establish in the world, devotion to my Immaculate Heart”. Our Lady then taught the children a prayer to be prayed after each decade of the Rosary: “O my Jesus, forgive us our sins, save us from the fires of hell. Lead all should to heaven, especially those most in need of thy mercy”.

Our Lady of Fatima told Sister Lucia that the Holy Father in union with all the Bishops of the world would consecrate Russia to the Immaculate Heart and Russia would be converted and there would be peace; if not, she warned that Russia would spread her terrors throughout the world, causing wars and persecutions of the Church. The good would be martyred; the Holy Father would have to suffer much and various nations will be annihilated. In the end, the Immaculate heart of Mary would triumph.

The third part of the secret was kept hidden by Sister Lucia until she was ordered to write it down. She wrote it down. She described, “we saw an angel… with a flaming sword in his left hand, the Angel cried out in a loud voice: ‘Penance, Penance, Penance!’…” Then Sister Lucia continues, a Bishop dressed in white (they thought to be the Pope), joins other bishops, priests and men and women in religious life ascending a steep mountain with a big cross on the top. On the way to the mountain, the Holy Father goes through a city half in ruins, and he prays for the souls of the corpses. At the top of the mountain, he kneels before the cross and is killed by a group of soldiers who fire bullets and arrows at him. Other bishops, priests, men and women in religious life and laypeople are also killed. Two angels then gather up the blood of these martyrs. 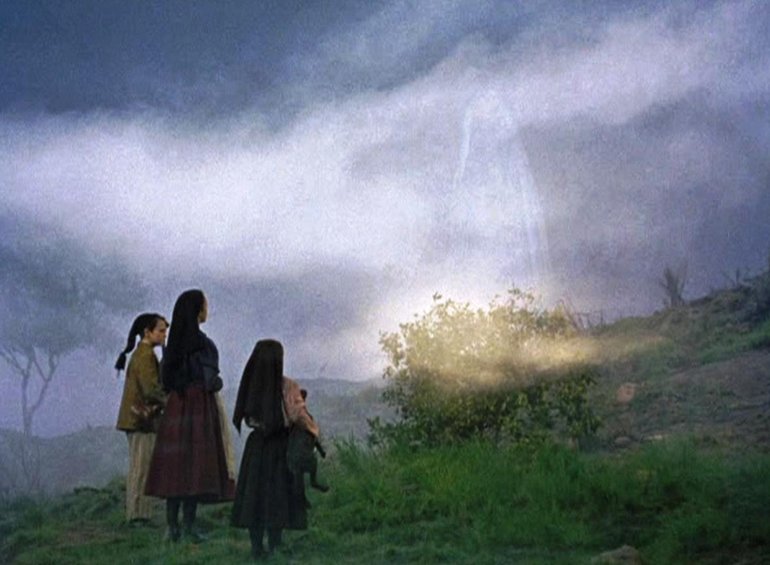 This vision as seen by the three visionaries is interpreted as the war waged by atheistic systems against the Church and Christians. It described the immense suffering endured by the witnesses of the faith in the last century of the second millennium. Although Sister Lucia agreed that the principal figure in the vision was the Pope, she did not know who that Pope was. In Sister Lucia’s words whether it was Benedict XV or Pius XII or Paul VI or John Paul II…” However, Sister Lucia was in full agreement with the Pope’s claim that “it was a mother’s hand that guided the bullet’s path and in his throes the Pope was halted at the threshold of death”. One can recall that St. John Paul II credited Our Lady of Fatima with saving his life from the assassin’s bullet on May 13, 1981. He carried out on March 25, 1984, our Lady’s request in the Fatima apparitions to consecrate Russia to the Immaculate Heart of Mary in union with the bishops of the world. On May 13, 2000 when Pope John Paul II went to Fatima for the beatification of Francisco and Jacintha Marto and disclosed that the third part of the secret of Fatima was a prediction of the 1981 assassination attempt on Pope John Paul II, who survived and later the bullet was put into the crown of the statue of Fatima.

Relevance of the Fatima Message

Pope Francis on the day of the centenary celebration of the first apparition of Our Lady to the three Portuguese shepherd children, will declare two of them saints, Francisco Marto and Jacinta Marto. It will be the first time in the history of the Church that children who are not martyrs will be proclaimed saints. Sister Lucia is now on the path to sainthood. Although, the Fatima apparitions happened 100 years ago, they contain a message that’s both relevant and necessary in the world of today. They are of extraordinary significance and have not only religious meaning but also socio-political meaning. Perhaps one of the paramount implications of the apparitions is Mother Mary’s insistence on peace, peace in the world, peace with oneself and others. Additionally, the most important aspect of the Fatima event was not the supernatural phenomena but the message that communicated to the three Children in the midst of World War that called for conversion, repentance and world peace. The world and all of us need Mother Mary’s intervention and help to conquer the menace of evil, hatred and every kind of prevailing injustice.

(This articles is based on the book “Fatima in Lucia’s own words: Sister Lucia’s Memoirs”, edited by Fr Louis Kondor, SVD.)

By Fr Paul Melwyn, Pamedi, Capuchin
To submit your article / poem / short story to Daijiworld, please email it to news@daijiworld.com mentioning 'Article/poem submission for daijiworld' in the subject line. Please note the following:

Title: 100th Anniversary of Our Lady of Fatima: Apparitions and Sainthood