How I defeated diabetes and obesity with lifestyle change, diet

(Author's note: I have never undergone any course in medical or food systems. None of the matter contained in this articles are either complete or perfect. This article does not aim at giving any advice on medical or food system to anyone. Before taking any decision about food systems or issues relating to health, getting advice from trained and specialist doctors is very much needed. My personal experiences on how I got rid of diabetes and obesity have only been narrated herebelow)

Diabetes - What is it?

As per the information I have gathered from various sources, there are two types of diabetes, type 1 and type 2. Type 2 diabetes can be tackled and reversed through changes in food system or without the need to consume medicines. But type 1 diabetes can be controlled with minimum medication. To find out how this is possible, we need to first realize the basic reasons which give rise to diabetes. This is necessary because a needle needs to be searched by throwing light on that particular spot. We will not be able to find it out if we search for it at another place where light is available. 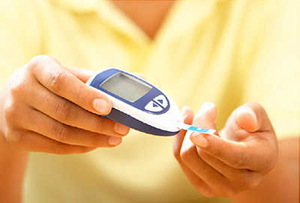 People whose pancreatic juice produces too little or zero percent insulin can be said to be suffering from type 1 diabetes. Those whose pancreas produces juice containing insulin in excessive quantities can be said to suffer from type 2 diabetes. In the case of people suffering from type 2 diabetes where insulin gets produced more than the body's requirement, fat gets accumulated in the body and obesity occurs. Because, insulin transports glucose till the receptor cells which accept glucose and then also works to pool the same in the form of fat. Reason for production of insulin in high quantities is insulin resistance. Depending on the intensity of insulin resistance in a person, some amount of the glucose gets transformed into energy. The fat so accumulated remains in the body permanently like fixed deposit made in a bank. This fat is not easily available to the body in the form of energy. Therefore, a diabetic frequently experiences hunger, and complications too keep growing with it.

Basic cause of diabetes: The basic reason for excessive production of insulin is carbohydrates. Whenever we consume very less or no carbohydrates, glucose in the blood plummets and the quantum of insulin also drops down. The bodily fat, instead of getting accumulated in the body, gets converted into energy. In other words, fat melts down. As a result, without hard work, weight goes down. The carbohydrates which get converted into glucose are not the essential nutrients for our body. Our body needs only a small amount of glucose for its functioning. If we do not consume any carbohydrate, the body produces the glucose that is essential for the it through a process called gluconeogenesis.

This is the scientific truth. It therefore is very clear that carbohydrate is the basic reason for diabetes and obesity. The more we consume carbohydrates, the more insulin resistance we tend to get. It goes on to mean that the body of a diabetic is intolerant to carbohydrates. What is the use of eating what the body does not tolerate? Moreover, excessive insulin in the body gives rise to various other problems.

Cabohydrates which get converted into glucose in the body are found in high quantities in products like Coca Cola, Mirinda, Sprite and such other soft drinks, rice, wheat, millet, finger millet, toor dal, black gram, green gram, potato, sugarcane, jaggery, sugar, honey, fruits etc. There is no need to worry that you will have to suffer from hunger by avoiding these items. Let us study what we can consume instead of carbohydrates.

Theories: Our cars can run both on petrol and gas, but some technical changes will have to be made in the car to make them run on gas. Running the car on gas is a better proposition as compared to using petrol as fuel because of better pollution control. In the same way, the body of human beings too can use two kinds of fuel. (But our bodies need not be adjusted to changes like car as god has created man in such a way that he is compatible to both kinds of fuel). One of these fuels is glucose, while the other is ketone. Ketone can be said to be a better fuel as compared to glucose. In fact, glucose can perhaps be compared to coal that was being used in the past to run trains rather than petrol. There is a reason for reaching this conclusion. When I was on 'Ketosis' (when my body was using ketone instead of glucose to produce energy), the feeling of alertness, mental clarity and endless energy etc I was experiencing cannot be described in words.

Carbohydrates are one among the macro nutrients. Second one happens to be protein and the third one is fat. As already stated, carbohydrates are not the essential nutrients for our body. Protein and fat however, are essential nutrients. Protein is essential for the growth of muscles and it also supports growth of bones. The fatty acids that are very much necessary for the growth of the body contained in fat are not produced by our body. Therefore, and also for some other bodily functioning, fat is an essential nutrient. When we consume fat, the fat that has got accumulated in the body either gets digested or melts down. It never increases. This means people do not become fat on account of eating them. Instead, fat in the body is lost and the people become thin. Fat gets accumulated in the body when we consume carbohydrates in excessive quantities. There is an adage which says that one has to jump into the pit to measure its depth. Likewise, those who have doubt about this statement should find out the truth by consuming it themselves.

Food changes I made

For breakfast, I use 250 ml thick coconut milk and 250 ml full fat yogurt. Even if we skip lunch, we do not feel hungry till evening. For lunch, I consume 100 grams of meat (without removing fat) or 100 grams fish (with fat) or three whole eggs, apart from a quarter kilo of different kinds of vegetables containing minimum carbohydrates. For dinner, I use 40 grams of walnuts, 30 grams almonds, and 30 grams of peanuts (total 100 grams) nuts besides a quarter kilo of different vegetables containing minimum quantity of carbohydrates. For cooking, I use butter, ghee and virgin coconut oil based on the need. Therefore, the food I consume remains very tasty. Along with the food I consume thrice a day, I use fruits having less carbohydrates as well as butter fruit. Although there are several other food items which I can eat, I have not found the necessity to eat them. This 'low carb high fat' food system is known as LCHF diet.

In LCHF diet, depending on the individual requirements, carbohydrates can be consumed between 100 and 120 grams per day. If the same diet contains less than 20 grams of carbohydrates, it is known as Keto diet. The quantum of proteins one can consume also depends on the individual persons and their weights. For weight of each kilo, one to one and half grams of protein is ideal. If a person weighs 50 kg, he can consume 50 to 75 grams of protein per day. For body builders, more protetin might be required. If protein is consumed in excess, it also results in increase in blood glucose level. At the same time, glucose level never escalates if more fat is consumed. Some people add a couple of tablespoons of virgin coconut oil and a couple of tablespoons of butter to hot coffee. This is called bullet proof coffee. This is very popular. As per LCHF diet system, there are two kinds of fats, healthy fats, and unhealthy fats. Virgin coconut oil, virgin olive oil, butter extracted from cow's milk, ghee, fat from meat etc are known as healthy fats. Fats obtained from corn, soyabean, canola, sunflower etc are said to be unhealthy.

I got rid of obesity 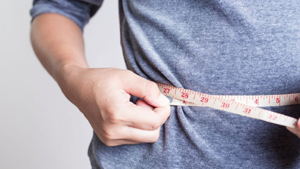 Following this lifestyle and diet system has benefitted me a lot. My weight has come down from 73 kg to 51 kg during the last two years. Diabetes has disappeared. My FBG was 116 in the past. Now it oscillate between 60 and 70. PPMG used to be as high as 180 mg. Now it stays within 100. HbA1c has come down from 6.9 percent to 4.87 percent. (When on Ketosis, my FBG had plummeted to 52 mg). I get sound sleep at night and I remain active all through the day. My recent total cholesterol count stands at 277, triglycerides TG 48, HDL 124, LDL 143. Blood pressure is between 110/70 and 130/90. Kidney and liver function tests results are normal. Psoriasis which used to bother me for a month, disappear for a week and then reappeared, which I was suffering from since the last five years, has totally disappeared. Bronchial asthma which I was suffering from sine the last 30 years, and because of which I used to constantly suffer from sneezes and cough, stuffed nose and tight lungs, itching in the body etc have made an exit. I keep thanking the Almighty who has graced me with such a good health.

LCHF and Keto diets are not new inventions. There is literature dating back to seven to eight decades about usage of this diet system for controlling diabetes and epilepsy. All over the world some allopathic physicians have been successfully making use of this dietary system successfully to treat their patients. There is no difference between this diet system used in the past and LCHF and Keto systems that are currently in vogue. In spite of being aware about this dietary system that has been scientifically proven and successfully used in the past, there is a question as to why this system is not being practiced on a large scale to address conditions like diabetes, obesity and some other ailments that have taken epidemic proportions. Leading health institutes who provide guidance on health-related tissues to those providing medical services all over the globe would be doing a service to humanity if they come out with a suitable reply for this question. Because, health problems, travails, loss and sufferings the people go through are unintended and result of misguidance. Without the cooperation and recognition of these health institutes too LCHF diet system is being widely used all over the world by people, and I happen to be one among them.

Those who are desirous of following the LCHF diet system and get rid of or regulate diabetes and obesity without the use of medicines can get free advice ad guidance in www.forums.dlife.in. Those who would like to get additional information from me directly may contact cell phone number 8277033042.

By Zuze Pernal
'Zuze Pernal' is the pen name of Joseph Mendonca. Son of Rita and the late Baptist Mendonca, belonging to Koraje ward of Pernal, he studied in Pernal church school and St Mary's School, Shirva till 10th. He went to Mumbai seeking work and later to Dubai. On his return, he studied engineering and became self employed in Mumbai but returned to hometown in due course. He has served as the secretary of Pernal church parish council and as office bearer of several organizations.
To submit your article / poem / short story to Daijiworld, please email it to news@daijiworld.com mentioning 'Article/poem submission for daijiworld' in the subject line. Please note the following:

Title: How I defeated diabetes and obesity with lifestyle change, diet