The Legacy of Atopy

You would think Atopos was the name of the fourth (or fifth, if you count D’Artagnan) musketeer, someone worthy of joining the ranks of Dumas’s Athos, Porthos and Aramis. That’s not really the case however – for the Greek word actually means ‘out of place’. It is the root from which is derived the medical term Atopy, referring to the genetic tendency to develop allergic diseases such as allergic rhinitis, bronchitis and/or atopic dermatitis, all of them common enough jargon these days.

The key word in the above definition is genetic – it is hereditary and entirely non-contagious. In other words, atopy is a kind of legacy you inherit only from one or both your parents. Really, it all depends on your odds. Imagine you are in this enormous big Casino of Life and you’re seated at the great chromosomal roulette table – you find you are to play but there’s a strange stipulation – you don’t get to make a call, you take what you get and leave the table. That pretty much sums it up – your chances of being atopic or not. As for me, you could say I hit the jackpot – atopic rhinitis, bronchitis, dermatitis – I got all three! So if atopy means out-of-place, are atopic individuals therefore, out-of-place individuals? I do not presume to speak for all of us but in a sense, yes we are.

One of my early childhood memories is that of getting out of a pretty frilly frock that my mother had just dressed me in, before you could say Jack Robinson! I can never forget that feeling I had of a thousand prickly thorns crawling all over my skin – how I found the synthetic material did not agree with my hypersensitivity. My mother had put the dress on me and turned around to get a comb to start on my hair, only to find me in my petticoat again as she turned back! “I don’t like this dress; I want to wear another one.” “But why, isn’t it so nice?” “I want to wear this one –”, I said, pointing to something in 100% cotton aka VIP banian material. My poor mother quickly adapted to my strange wardrobe preferences and I must thank her for making it easier for me, I would have been thoroughly miserable had I been forced to wear any polyester or georgette! For the longest time, I wore my underclothes and socks inside out, because the lining would chafe and annoy the daylights out of me. My wardrobe will only admit cotton, crepe or chiffon and rarely even viscose or rayon but I will run a mile away from georgette even today.

Around the time I was studying fifth standard, I began to notice strange patterns appearing transiently on my skin. If I would scratch a patch, all the crisscrossing paths of my fingernails would be raised, as if embossed on my skin. I found it fascinating. On one of my doctor visits, he gently drew a line on my forearm with his car keys and as if by magic, the white line soon rose up and became a fat rod on my skin. I had a lot of fun entertaining myself and my friends – writing my name and theirs, and watching the special effects take place. In medical college, I learnt that the condition was called dermatographic urticaria or skin writing, a common form of urticaria and part of the atopic dermatitis spectrum. 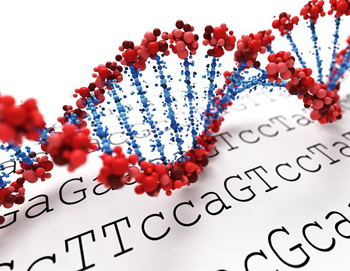 The allergic rhinitis and incessant sneezing started in high school. Everybody who knows me, even a little, knows I can go ‘a-cchoo’ anytime anywhere which is why I am pretty sure I’ll never be asked to be an accomplice in a cat burglary by any of my friends. Every first conversation I have had with a new person I’ve met after the age of thirteen has had this line – “Don’t worry, I do this a lot, I have perennial allergic rhinitis” or “I don’t have a cold, it’s just allergy”. It became such a habit, that the response came reflexively later on. It was especially difficult during pre-university days, when you had to trudge your weary reluctant self to early morning tuition classes. From 7.30 am I would be seated in the classroom, sneezing almost constantly and wear myself out by noon. I’m sure I ruined everybody’s concentration. By afternoon, I wouldn’t have any energy left in me. The whole sordid routine began to take quite a toll. My close friend and I were having lunch one day and she told me that we had each earned nicknames from the boys in our tuition classes. Curious, I asked her what they were. With all the originality of adolescence, they had named my friend Ms Chapathi because she brought chapathi for breakfast daily, and I had been named Ms Akshi Kumari, for reasons obvious enough. The memory has literally made me laugh out loud as I type! School days, sigh. One early morning, studying for yet another chemistry practical test, I found myself penning down the following instead –

Sniffles and sneezes
can summarize my life
Red puffy watery eyes
and a leaky tap for a nose, irritable like how!
Wish I could tell my system not to be this sensitive
as sometimes, it changes my whole perspective!
For when those sniffles and sneezes decide to overcome
Tired and harassed I simply become.

During MBBS, I developed the ‘marble floor’ trick by which I would entertain my study partner and myself on breaks – I would slip one foot out of my slipper and place it on the cold hard marble floor and as if on cue, a sneeze would come without fail, like a most faithful assistant. As a hostelite during MD, a fellow hostel mate who lived down the hallway told me that one of her common pastimes was to count the number of my sneezes. Another advised me to dust my room regularly, but how could I explain to her, that if I did dust, I’d inhale the dust and just sneeze some more – it was a true case of ‘damned if I do, damned if I don’t’.

Rhinitis was troublesome enough, but nothing as trying to me as atopic bronchitis, which started sometime in high school, with the onset of sleepless nights involving me producing all sorts of musical notes whilst breathing, coughing up clear mucoid casts of my respiratory tree, the consistency of play-doh. For the first time, I found it scary and did not complain about going for yet another visit to the doctor. My sister sympathized with my rotahalers and I tried to employ the damned things but they weren’t of much use to me, and I am glad we have better alternatives. My respiratory physician also advised me to undergo a skin prick test which would allow us to find out the entire gamut of things under the sky I was actually allergic to. I had to be admitted overnight as an in-patient to undergo the test, in which a few drops of a range of purified allergens including dust, dust mites, pollen, fungal spores, pet dander etc. were pricked on to the skin surface of the forearm. It wasn’t as awful as it sounds, and I found out I was allergic to a whole range of things, including pollen, dust and fungal spores which were pretty much present in the air everywhere and all the time, so there wasn’t a chance I could cut off contact with any of them. One of the big ironies of my life I find is that I now work in a Fungal Diagnostic and Research Lab of all places, teeming with fungal spores! The Universe is a funny place.

Thanks to the results of the skin prick test though, I was able to undergo a tailor-made course of immunotherapy, which was a God-sent that granted me six glorious years of reprieve from all my symptoms. The desensitization therapy unfortunately cannot be continued lifelong. Although I almost begged my doctor to allow me to take my allergy shots all my life, he was firm in his “No” and as we knew it would, the effect slowly wore off, as the only thing lacking in making desensitization therapy the wonder cure for allergies that it has the potential to be, is its lack of memory, immunological memory. Simply put, during the therapy, the immune cells “get used to” your allergens, and they become buddies and don’t fight. But sometime after the therapy is stopped, your immune cells “forget” they used to be buddies with your allergens and start fighting all over again. Peace does not last.

I try anything that might help, from himalayan salt lamps to hand mudras. I’ve gotten used to it now though. Just like I’ve gotten used to the hair stylist in my salon, mentioning without fail, my dandruff and reddish-looking scalp (thank you again, dermatitis). Just like I’ve gotten used to calming my beautician down when the sight of my red rash post-waxing and the swelling post-pore opening facial assault scares her. I tell myself I must have company. Somebody somewhere must be dealing with the same stuff I do. I have decided to not consult any palmist if I can help it; I wish to spare him the confusion of deciphering what lies within my hyper linear palms. I have made peace with the fact that although I love dogs, it will be very difficult for me to have one of my own, which is why I go all-out and have as much fun as I can with the ones at my relatives. More than a week or two of contact however, and my soft palate begins itching away to high heaven and I am reminded of the way things stand, in case I’d forgotten! Curious stares in the bus usually mean I have some dermographic art on me somewhere. I’ve learned to quickly scan any exposed skin when I hear the familiar question – “What is that?!” I humour them all and answer “Is it a bird? Is it a plane? It’s just my atopic dermatitis!”

To my fellow endurers, I would like to say that it is good to remind ourselves that we are all our genes, not just that one wonky one.

By Dr Ananya Tupaki-Sreepurna, MD
To submit your article / poem / short story to Daijiworld, please email it to news@daijiworld.com mentioning 'Article/poem submission for daijiworld' in the subject line. Please note the following:

Title: The Legacy of Atopy