Mangaluru, Apr 2: The entire Konkani world would have been rejoicing in the celebration of his platinum jubilee birthday if Wilfy Rebimbus were amongst us on April 2, 2017. But Almighty God wished him to be by His side on this great day.

'Pangla', the place where I was born and brought up has found a mention in the lyrics of Wilfy's song 'Bela – Izabela' (5th Vol) as 'Kalle Panglaache, Nalle Manglurche, Sarvaani Baari Borem Mullham'. I first saw Wilfy - the legendary personality - in the church premises of Pangla (Shankerpura). That was during the mid 1970s. The Pangla-born Fr Manuel D'Souza was the parish priest of Jeppu. In the month of May Fr Manuel had arranged a performance of Wilfy and Group in Pangla. During those years being a student of St John's Higher Primary School, Shankerpura, I enjoyed the melodies of Wilfy, Meena and other members of the group. 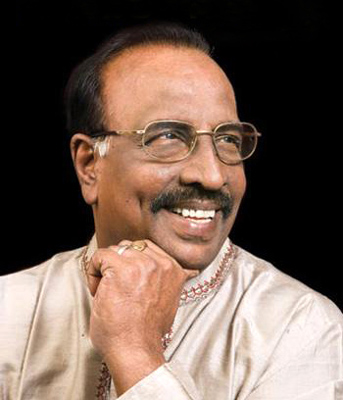 "Meenaa… ek chaa haadmaa….": In the late 1970s, I started studying in the Karnataka Polytechnic (KPT), Mangalore. With the guidance of Fr Stanley Pereira, the then director of Canara Communications Centre, and afterwords Fr Henry D'Souza who followed him as director of CCC (now the bishop of Ballari), I organized a group of Catholic students of KPT under the banner 'Young Technicians Movement' (YTM). Moreover during those years I was gaining prominence in the Central Council of Catholic Youth Movement (CYM) of the diocese of Mangaluru. In connection with the activities of my organizations, I met Wilfy for the first time at his residence - 'Magdalene'. That was around 1980. Wilfy was quite popular by then. I was an ordinary student and quite lean at that time. But I liked the humble Wilfy on my very first visit. He welcomed me politely. Wilfy spoke with me as if I were his important guest. It seems Meena Rebimbus was in the kitchen busy with her work. Wilfy requested her saying "Meenaa… ek chaa haadmaa….". I cherish these words even today. Thereafter, I visited their residence several times and every time I did not return without having 'ek chaa..' from the hands of Meena. 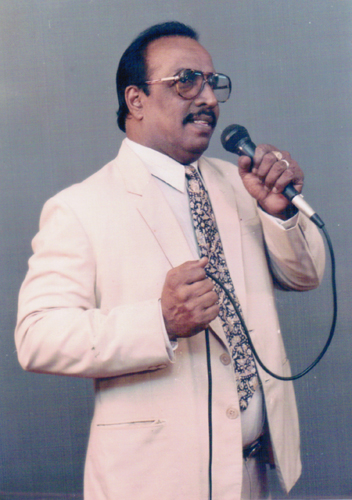 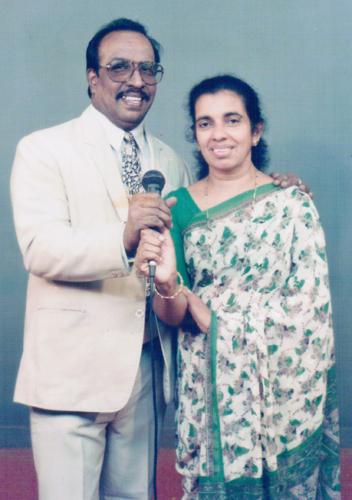 Pangla had a close link with Wilfy: At Pangla, we had a drama association by name – St John's Natak Sabha, Shankerpura. I was active in that association during 1980's as its Secretary and later as President. The Silver Jubilee of the Natak Sabha was celebrated from 23-25 November 1985. On November 25 J B Rasquinha (the then vice-president of Konkani Natak Sabha, Mangaluru) was the chief guest and Wilfy and Meena were the guests of honour. Wilfy released the souvenir (of about 120 pages) while Meena gave away the prizes. They even sang a song. Members of the Association played Wilfy's drama 'Bebdyaachi Dhuv'.

In the year 1988 we started Parish Bulletin by the name 'Panglacho Prakas' (4 issues a year). The then parish priest Fr J P Tauro was the Publisher and myself as Editor. I edited this magazine for 6 years. All those years the magazine was printed in Wilfy's 'Vishwas Prints'.

I had contested for the post of President of the Students' Council of SDM Law College, Mangaluru. With Wilfy's co-operation my publicity material was printed in his press overnight. Wedding invitations of self and Concepta were also printed there. Apart from that whatever printing jobs required for my activities were done at 'Vishwas Prints'. Moreover I was a regular contributor for 'Umallo' – Wilfy's Konkani monthly under the editorship of CGS Taccode.

We had arranged 'Wilfy Nites' in Pangla parish twice (I was the secretary of the parish council) in aid of the new 'St John's Sabha Bhavan' of Pangla. The first one was on December 9, 1989 and the 2nd one was on December 7, 1991. Both recorded tremendous success fetching us over Rs 4 lac (which was a huge amount at that time). Over 3,000 people (each time) from near and far away places like Kundapur, Kinnigoli, Karkala etc had attended both the nites.

I had the privilege to conduct the stage programme of Wilfy's golden birthday celebrations held at Town Hall, Mangaluru on April 2, 1992.

Wilfy's spoken words are still alive in All India Radio: For All India Radio, Mangaluru station I had interviewed Wilfy twice in Konkani. The first one in mid 1980s and the 2nd one on March 19, 2001(AIR Mangaluru will broadcast this interview during one of these days). Wilfy being a man of perfection had invited me on both the occasions to his residence for a prior discussion. 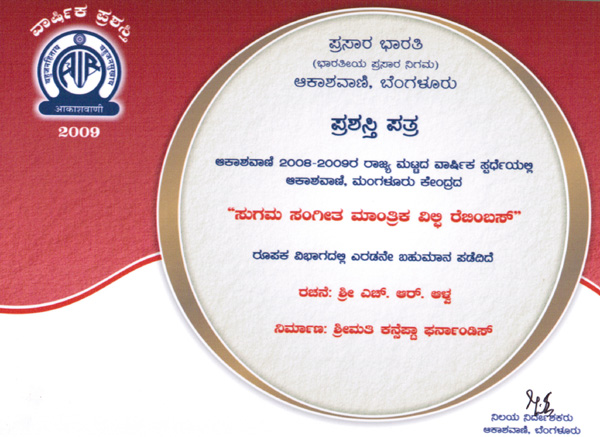 The mega programme regarding the life and works of Wilfy Rebimbus was aired on July 30, 2009 from all the 13 stations of All India Radio in Karnataka at the prime time (9.30 pm). It was in Kannada by name 'Konkani Sugama Sangeetha Manthrika – Wilfy Rebimbus'. I wrote the script and the documentary was produced by (my wife) Concepta Fernandes, programme executive of All India, Mangaluru. This programme was sponsored by Felix Lobo of Doha Qatar - the great fan and supporter of Wilfy. CGS Taccode was instrumental in availing this sponsorship of air time. After listening to the broadcast, the elated Wilfy called us over the phone immediately and thanked us for presenting him in such an apt manner. That was his simplicity and greatness. It was for the first time that a Konkani artiste was introduced through Kannada to the mass listeners of AIR numbering over a crore people. AIR Mangaluru has received appreciation calls from many parts of Karnataka. This programme was adjudged as the 2nd best programme of that year in the category of documentary. After winning the award same programme was aired once again in November 2009. Wilfy's talking voice is still alive in the archieves of All India Radio, Mangaluru.

On August 2, 2009, United Youngsters arranged 'Sentimental Nite' at Dr TMA Pai International Convention Centre, Mangaluru. The entry was through passes. For many a programme we were getting invitations / passes from Wilfy himself. But for the above programme, we didn't get passes as perhaps the organizers had forgotten us. Though Wilfy was not enjoying good health those days during one of the phone conversations he enquired whether we had received entry passes. I said 'no'. By then all passes were distributed over and above the capacity of the auditorium. But somehow Wilfy managed 2 passes and sent the same on the previous day of the programme. That was the love Wilfy had shown towards us. We admire his kind gesture and cherish the same. 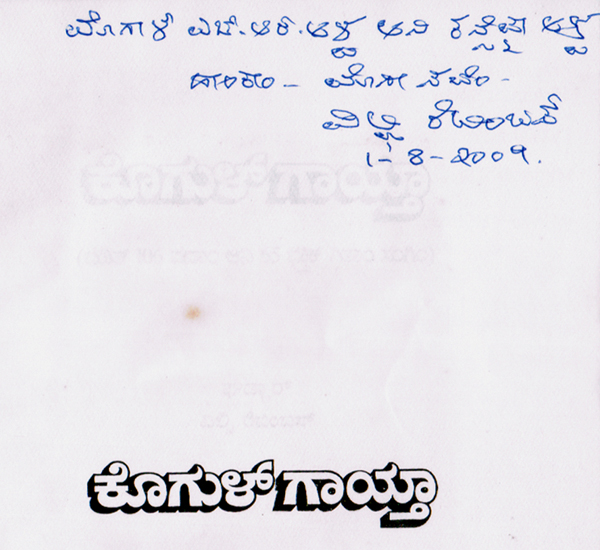 Whenever his books were published Wilfy used to present a copy to us with his signature. We too have presented him books published from 'Mariads Publications'. We presented him a copy of 'Vozram' book in January 2010 in the presence of its author – Dr Austin D' Souza Prabhu, Chicago at his residence. On that day we never thought that Wilfy would leave us so quickly.

I have not seen such a gem elsewhere: During all these years I have met a lot of people. But I have rarely met a humble, down to earth personality like Wilfy. Almost during the last decade of his life he had everything – name, fame and even wealth for that matter. But Wilfy was the same simple, humble person that he was during his struggling days.

Along with my wife Concepta, children Harsha and Heera – I cherish the melodious voice in singing and soft in talking and the humility a person could ever have.

Millions of people who had come in contact with Wilfy or having heard his sweet melodious voice will remember him not only on the commemoration day of his platinum birthday but also every day.

Happy platinum birthday to you, Wilfy. I am sure you are singing in heaven.