Oncologist Prof Justin Stebbing paid tribute to his patient actress Lynda Bellingham when she died from colon cancer in year 2014. He said, "Through her illness she emphasized that cancer care is not just about killing the cancer and giving chemotherapy. It's about treating the whole patient, all of their wishes, psychological, spiritual, emotional as well as physical."

Doctors play an important role in our lives, physically and also spiritually. Prior to administering any medicines especially in critical cases such as cancer we have heard many a time doctors declare that "Our medication can only help but healing comes from God".

A disease called cancer is thought to be the great leveller. Whether someone is Indian or African, Icelander or American, cancer brings untold pain and discomfort when doctor pronounces to patient. "Very sorry to have to tell you this, but you probably have less than a year… ". The aim of this article is to shed some light on what is cancer, its causes, impact of chemotherapy, natural remedies, and above all, restore hope in God too.

Cancer and its Causes

Most legitimate researchers, including Nobel Prize winner, Sir MacFarlane Burnet made known that in the normal body hundreds of potential cancer cells appear every day. These defective, mutated cells are usually destroyed by the normal immune system and never cause a problem. Cancer only gets started when a failing immune system begins to allow abnormal cells to slip by without triggering an attack on them. In the most basic terms, cancer refers to cells that grow out-of-control and invade other tissues. Cells may become cancerous due to the accumulation of defects, or mutations, in their DNA. Certain inherited genetic defects (for example, BRCA1 and BRCA2 mutations) and infections can increase the risk of cancer.

Environmental factors like air pollution, asbestos, arsenic, lifestyle choices— eating a poor diet, inactivity, obesity, heavy alcohol use, tobacco use including smoking and exposure to chemicals and toxins are all associated with damage DNA and lead to greater cancer risk.

If fruits and vegetables are not marked organic, they are sprayed. What do you think if commercial pesticides sprayed onto the crops with poison not cling on those plants? And when rains, the poison washes down into the soil, is taken up by the plant and becomes part of the plant. Many a time we warn ourselves and our children that ‘wash the fruit before you eat”. Will it help? 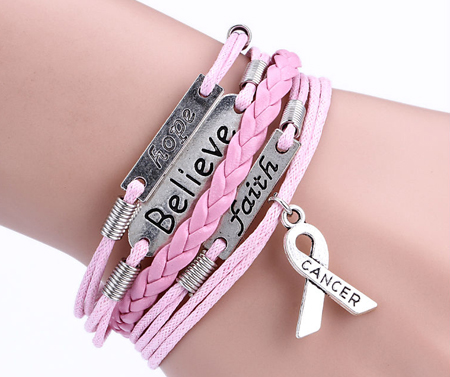 As we are aware, a hundred years ago, cancer was virtually unknown in the US. At that time people relied more on whole foods, unrefined and generally in their original form. Suddenly, processed foods, canning industry; pasteurization, chemical additives, bleaching, and other adulterating processes were introduced into mass food production. The idea was to make food last on the shelves as long as possible. The way this was done was by removing the natural enzymes contained in the food, resulting in adulterated de-vitalized non-foods becoming the new standard. Enzymes are what determines a food’s value. As more and more sophisticated methods of removing enzymes from food were discovered, shelf life increased so is Cancer.

During chemotherapy treatment, the most important term comes into realization at critical time is ‘Chemotherapy Resistance’ or in other words, the cancer cells are resisting the effects of the chemotherapy. We must have heard most of the time people saying "cancer chemotherapy failed” signaling end is near. This could be because cells are resisting the drug or a cancer cell may produce hundreds of copies of a particular gene triggering overproduction of protein that renders the anticancer drug ineffective. In certain cases cancer cells may stop taking in the drugs because the protein that transports the drug across the cell wall stops working. Many a time a cancer cells may develop a mechanism that inactivates the drug.Due to many factors, however, no one can claim for sure that success of chemotherapy is not 97% nor its failure is 97%. Chemotherapy results are variant, applicable from one case to another. Through research is underway all the time to investigate ways of reducing or preventing chemotherapy resistance. Let us hope in God for their success.

Cancer survival rate in India is lowest in the world. There are more than 100 different types of cancer. A massive study of 26 million cancer patients over 15 years has shown that survival rates in the 10 most prevalent types of cancer vary hugely across countries. Survival rates in India are quite low for most types of cancer, less than half of the advanced countries in many types. Michael Coleman, professor at the London School of Hygiene and Tropical Medicine, and one of the lead authors of the study told TOI that “one reason for the low survival rates in India could be that equitable access to early diagnosis and optimal treatment is not yet available for all people in India.Some of the most advanced medical facilities in the world can be found in Capitals (for example Bangalore, Chennai, Mumbai), but they are out of reach of the vast majority of the Indian remote demography," he said.

Is There a Cure for Cancer?

True to the disease, the best answer we can sum up in the words of immediate President of USA, Barak Obama who had said “Despite enormous effort and funding, no one cure has been found yet to eliminate cancer. In 2016, the United States announced a $1 billion investment into creating such a cure, named the “National Cancer Moonshot”. The US invests more in healthcare than any other high-income nation in the world. Still, ‘costly’ diseases continue to rise in prevalence, resulting in a shorter life expectancy.

Thinking beyond chemotherapy, natural substances have become more effective and popular.Of course, a number of natural anti-cancer substances do exist that have been found to be largely effective in reducing tumor size and most importantly combating the onset of cancer. Perhaps the most amazing anti-cancer substance for our health is high quality turmeric. Turmeric has been found to reduce tumors by an astounding 81% in recent research. On the contrary unlike cancer drugs, turmeric does not come loaded with deadly side effects.

Vitamin D is another essential anti-cancer nutrient. Amazingly, vitamin D is much more effective than pharmaceutical drugs at fighting cancer, and is virtually a free nutrient. Instead of paying a premium price for deadly cancer drugs, vitamin D levels can be significantly improved by soaking up some sunlight. It is important to receive a blood test to ensure we are within the optimal vitamin D level range.

Putting up with Prophesies of Death

An astounding feature of the standard high pressure part of cancer treatment is when the doctor in a godlike fashion delivers judgment that patient has __ years to live. Who can understand the emotions, pain, agony and discomfort of that person and his family when such declarations are pronounced? But God does.

A simple prayer is enough for God to answer us:

There comes God’s role if someone seeks Absolute Faith Wins Absolutely. I have also two cases with me in Doha-Qatar who were absolutely set free from cancer with ‘zero’ chemotherapy treatment. It is a true testimony. I can’t alter them to suit any occasion or to please science. Faith is a double edged sword, cuts from the both side.

One brother is from Mangaluru another one from Philippines. I heared both their testimonies. Both cases are almost similar. Brother from Mangaluru told to me that in 2013, the doctor diagnosed him with cancer, with one year to live. Although he was emotionally down, he was upbeat in faith. Doctor had told him to start the chemo immediately but instead, with faith in God he started walking towards Fatima Retreat Chapel, Valencia to pray, kneeling down and surrendering at the altar. His prayer was simple in the words of Psalms 103:3 - "Oh God, you who forgives all sins and heals all diseases."

Both brothers fought, that is, like prophet Jacob (in Bible) and Ya'qub (in Quran) wrestling all night through till daybreak, refusing to let go until they received blessings of healing. Because of their total faith in God, reading scriptures, healthy diet…all along, good health was restored, and they were declared cancer-free. The doctor who treated them declared, "It is a miracle. By your faith you have won the battle. It is God’s power. His power is above rules of any medical science. Traces of cancer are not seen. You are totally healed."

Until a complete cure is discovered for cancer, prevention through a healthy lifestyle is the best way to stop the disease. Some ways to help protect ourselves from cancer is include eating plenty of fruits and vegetables, maintaining a healthy diet and weight, regular exercise, positive thoughts, no stress, abstaining from tobacco, drinking only in moderation, exercising, avoiding sun damage, getting immunizations, and getting regular health screenings and fulfilled social life with regular touch with God through reading scriptures and prayers. There is no other way, for usually doctors also repeat "Our medication can only help but healing comes from God".

By Antony Cony D'Souza
To submit your article / poem / short story to Daijiworld, please email it to news@daijiworld.com mentioning 'Article/poem submission for daijiworld' in the subject line. Please note the following: