St Anthony of Padua is one of the most popular saints in Catholic Church. It is believed from time immemorial that those who pray to St Anthony have never returned empty-handed. St Anthony is also known as saint of miracles and he is famously hailed as saint of thirteen miracles.

Devotion to St Anthony around the world started as soon as his saintly life was known to the believers. It became stronger once the miracles started taking place in his name. He was the second quickest saint to be canonised.

The devotion of St Anthony in Mangaluru has a history of more than a century. It is the oldest devotion among the saints in the region.

St Anthony was born in 1195 in Lisbon in Portugal as Fernando Martins. Though he belonged to a wealthy family, he chose to be a friar of the Franciscan Order. Noted by his contemporaries for his forceful preaching, expert knowledge of scripture, and undying love and devotion to the poor and the sick, he died in Padua, Italy on June 13, 1231 at a very young age.

St Anthony was canonised on May 30, 1232 less than one year after his death. He was proclaimed a Doctor of the Church on January 16, 1946. He is also the Patron Saint of lost things.

Though the devotion of St Anthony in Mangaluru is centuries old, the devotion at Milagres church gained significance when Fr M P Colaco, later Monsignor, a young and energetic priest started Novena to the saint on June 12, 1898 followed by a solemn feast the next day. 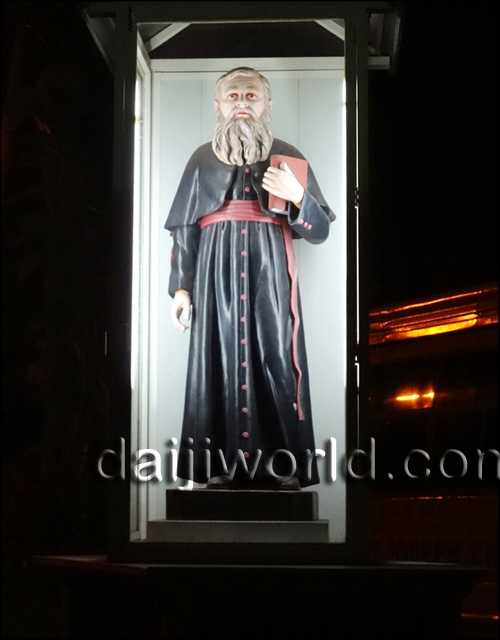 Soon after that Fr Colaco began offering Mass every Tuesday on the altar of the saint and also held special prayers. The response of the people was beyond all expectations. Since then thousands of people have come to the feet of St Anthony seeking his intercession during their difficulties.

The statue of St Anthony blessed by Pope Leo XIII which arrived from Vatican was installed on the side altar on January 22, 1902.

People started donating to the church in cash and kind as a token of gratitude for the favours received from St Anthony. The church administration decided to use this donation to help the poor and downtrodden. This gesture was later named as 'St Anthony's Bread'.

In 1910, Dr Paul Perini S J, the Bishop of Mangaluru put Fr M P Colaco in charge of St Anthony’s Bread and constituted it as an independent institution.

In 1911, some houses for the old, destitute and physically challenged were built near Milagres church. These houses were called St Anthony’s houses for the poor. During the First World War when people did not have food, it is said that there used to be big queue of people in search of food and St Anthony’s Bread provided them with sufficient food.

As the number of destitute increased and the space in the houses was not adequate to accommodate them, a 28 acres land was bought in Jeppu in 1934. The residents staying in Milagres were shifted to this place in 1936. 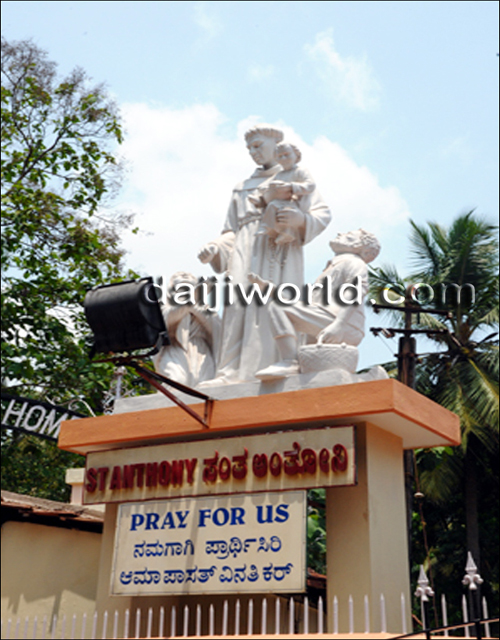 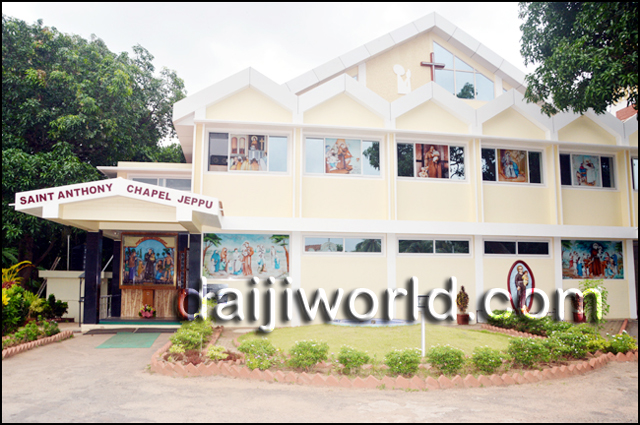 St Anthony, who is famous for thirteen miracles, continues to conduct miracles among devotees every day. The Jeppu St Anthony Ashram, managed by St Anthony Chartable Institutes, is a witness for it. St Anthony through his devotees provides accommodation and hope for 400 destitute in the society.

This is the only ashram in India run by secular priests as part of their mission. The ashram remains in the same land since its inception. Not even an inch of mega land has been sold to anyone or utilised for any commercial purpose though it lies in the centre of the city.

A new altar dedicated to St Anthony of Padua was inaugurated by Monsignor Denis Moras Prabhu at Milagres church on June 2, 2015. This altar with the old statue just outside the church has been renovated and extended. Many devotees visit this place every day in large numbers.

When St Anthony’s body was exhumed thirty two years after his death under the supervision of St Bonaventure and examined, and it was found to be all corrupt except his tongue, which was as fresh as the day he died. This favour was given to Saint Anthony because by his tongue he was ‘a hammer of heretics.’ The relics of tongue have been sent to places around the world where his devotion is held including Mangaluru. The relic is found at Milagres Church and at St Anthony Ashram Chapel.

The prayer ‘O Blessed Tongue’ said in honour of St Anthony’s holy tongue is considered as a strong prayer by Catholics.

Every day, except Sundays, Adoration of Sacrament is held at the St Anthony Ashram from 6 to 7 pm. Every first Tuesday of the Month, a half day retreat is also held at the Ashram.

The annual novena for St Anthony is held between June 4 and 12. The feast is celebrated on June 13 every year.

Feast of St Anthony’s Tongue is celebrated on February 15 every year.

Nine-day Novena and Feast on February 15

In preparation for Feast of St Anthony’s Tongue, the Novena of 9 days duration have started on February 6 at Milagres Church this year and will end on February 14. Every day has a special theme with a day dedicated to Youth, Married Couple, Workers, Sick people, People persecuted, Religious and Clergy, Leaders, Institutions working for Church and Children. Renowned preachers will conduct the Novena every day after the Mass at 6 pm.

By Richie John Pais
To submit your article / poem / short story to Daijiworld, please email it to news@daijiworld.com mentioning 'Article/poem submission for daijiworld' in the subject line. Please note the following: