Football in India: In Need of a Goal

Future of International Football in India is turning out to be very bleak. Like one of those sad Indian Football fan I feel that we need to bring in a revolution in promoting football in India.

In Mangaluru I see a lot of football talents playing, at several school/college level or club level, but we are still lagging behind in:

We can promote better quality football in here like this:

Currently the Indian football team is ranked 163rd in the FIFA World Ranking. It is really sad to learn we came down from the 94th rank, which we held 20 years ago.

India qualified by default for the 1950 FIFA World Cup finals as a result of the withdrawal of all of their scheduled opponents. But the governing body AIFF decided against going to the World Cup. And this year we lost the World Cup 2018 qualifiers again to Iran and Turkmenistan.

The India national under-19 football team represents India in various under 19 tournaments across the globe.

Not to forget there are several fans club/ training academies across India which are doing brilliant ground level work to bring in grassroots level players. It’s always good nurturing the roots.

The strategy is simple - "CATCH THEM YOUNG" and give them the best, in terms of training with modern techniques, tactics, and physical and psychological conditioning and related inputs.
These players will be the future of Indian Football!

It is good to know that we have several exclusive Football leagues and Football clubs in India like:

Football is popular in the southern states of Kerala, Goa and Tamil Nadu, as well as in the eastern and northeastern states of West Bengal, Odisha, Assam, Mizoram, Manipur, Nagaland, Sikkim and Meghalaya.

Although we have a lot of club teams, club leagues, state leagues, it’s really sad to see that we don’t make it to the International Football World Cup. 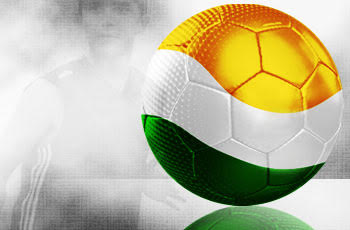 Let’s hope the Indian Football team makes it to the World Cup very soon and football in India will rise up in priorities ranking.

Many of us may not be aware, The AIFF has now come up with a vision document for a new master plan - Lakshya: One Vision. One Goal.

It’s a good news that AIFF has already taken key steps towards implementing sections of this Master Plan which will hold us in very good stead in the near future.

Lakshya proposes to develop a National Curriculum to help us to define a typical "Indian Style of Play" without copying any other country.

What does the Lakshya master plan by AIFF propose?

As per the AIFF website, it proposes a new National Talent Identification Plan (NTIP) and a National Youth Development Program (NYDP) which, it is hoped, will form the basis of future results.

"Youth development, undoubtedly, is one of the most important cogs in the wheel simply because it is the future of Indian Football. Unless our efforts can create an Indian National Team of international standards, any achievement will be nothing but superficial. In order to support the youth development initiatives, a strong community of coaches and referees is a necessity. Coaches with the know-how of state-of-the-art coaching methodologies and tactics are an absolute must not just for the professional club teams but also for the grassroots and youth teams so that bright talents are not lost.

"Lakshya proposes to restructure the existing coach development program significantly with a stronger and more effective coach education program based on the latest content and definite targets.

"Referees, on the other hand, are instrumental in providing a competitive environment to the players, which is an integral part of a player’s development during his/her younger days. Referees are also key to making the game more entertaining at the higher level, thus, drawing in more fans and interest into the game. Efforts have been made in this Master Plan to give a right structure and pathway to develop world-class referees in India," states the AIFF.

"National Club Development Plan is more like a set of guidelines which the clubs in India should follow in order to reach competitive standards along the lines of other successful clubs around the world. All Indian clubs should realize the importance of being self-sustainable through a slew of initiatives including but not limited to fan development programs, maximizing ticket sales, exploring alternate revenue streams from stadium infrastructure etc," it adds.

It also shares ideas on how the country’s elite competitions, such as the I-League and the Federation Cup can be improved upon to make them more marketable and interesting.

These changes have been suggested keeping in mind the budgetary and other constraints that we face today. Given India’s FIFA rank of 52 in Women’s football, we have a huge opportunity to do well at the international stage. Hence, a few initiatives to provide the basic infrastructure and technical support to Women’s football in India, the AIFF states.

And then it talks about the various support structures that we should try to provide for our players, clubs and teams to succeed. These support structures include basic infrastructure (such as, a National Football Training and Development Center, stadiums, practice pitches etc.), administrative support, medical support, communications, events etc, besides 'an examination of the social spill-overs of football and a discussion on how post-playing career opportunities can be developed for our footballers'.

The AIFF however clarifies that Lakshya is not a one-stop solution to issues related to Indian Football: "Lakshya is a vision document. This is only the first version of an attempt to give a common direction to football stakeholders in India. Several of the initiatives suggested herein may undergo changes/modifications based on ongoing developments and suggestions. But what is clear is that Indian Football will benefit a lot by taking such an approach in the right direction. In fact, the AIFF has already taken key steps towards implementing sections of this Master Plan which will hold us in very good stead in the near future."

In the near future, let us wish that India qualifies for the World Cup yet again and also let us hope to see a lot of talents coming out from Mangaluru.

On a different note, I feel this was an important topic my friend asked me write on. Thanks Prajwal Rai - A true football fan!

By Mohammed Ashraf
Mohammed Ashraf, a football enthusiast, is a software professional from Mangaluru
To submit your article / poem / short story to Daijiworld, please email it to news@daijiworld.com mentioning 'Article/poem submission for daijiworld' in the subject line. Please note the following:

Title: Football in India: In Need of a Goal