Ever Since our Concious Minds can remember we have across several instances of Domestic Abuse of Women reported by the media in Print, T.V., Websites etc.This violence as we mostly see is perpertrated by their Male relatives be it the father, brother, or in most of the cases the Husband. This brings out a plethora of reactions in us mostly those of disgust, anger and a need to punish the perperators. This sentiment was recognized by our lawmakers as early as 1983 when the draconian 498a was introduced in the IPC that awarded a maximum sentence of 3 years to the convicts and then further strenghened by the Protection of Women from Domestic Violence Act in 2006 which classified Domestic Violence (DV) as "physical abuse","sexual abuse", "verbal and emotional abuse" and "economic abuse" of any woman sharing a common household with a man. This Law provides specific relief to women in terms of right to a household, right to maintenance and preventing the alleged perperator from commiting further Domestic Abuse.

Do we ever think about a reverse scenario? i.e. "physical abuse","sexual abuse", "verbal and emotional abuse" and "economic abuse" of a Man by a Woman sharing a common household. Do we feel the same plethora of emotions when the genders are reversed?A majority of us never do and most of us break into a smug smile or witty sarcasm when this issue is raised. The Patriachal stereotype that is so embedded into our Indian societal mindset finds it impossible to believe that a Woman could abuse a man least of all physically abuse him. So then when recent incidents like a wife in Bangalore slashing her husbands fingers for checking her mobile phone or a wife in Reeva Madhya Pradesh that put fevikwik in her husbands eyes for coming home late or the wife in Mumbai that poured hot oil on the husband killing him when he asked her to stop meeting her lover are reported, it begs the question can men also be victims of Domestic Abuse and should they then also be protected by a specifically enacted law? Most men in the absence of these laws loose all hope and choose to suicide to escape the unending abuse and violence at the hands of their female partners. The NCRB Statistics which show that more than twice the number of married men commit suicide as compared to married woman in India drives home the gravity of the situation.

Indian Men's Rights Activists's have made repeated demands that the Domestic Violence act be made gender neutral to cover abuse against male victims but these concerns are repeatedly dismissed by Womans Rights Organizations who make absurd arguements such as " Majority of victims are Woman" or that " Physically Men are Stronger than Women" . These views are quite contrary the findings of several studies which were made as early as 1984 which say that men are often reluctant to report victimization as it concerns socio-cultural stereotypes of masculinity; male victims of Domestic Violence often hide their suffering due to fear of being judged negatively by others, and/or having their masculinity questioned and that violent women tend to use objects during DV at a higher rate than violent men.Studies have also shown that women who assault their male partners are more likely to avoid arrest than men who attack their female partners, and that female perpetrators of DV are often viewed by police,the courts and the media as victims rather than offenders. As such, men fear that if they do report to the police, they will be assumed to be the aggressor, and penalized instead. 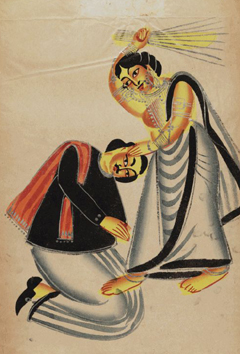 The theory that women perpetrate DV at roughly the same rate as men has been termed "gender symmetry." The earliest empirical evidence of gender symmetry was presented in the 1975 U.S. National Family Violence Survey carried out by Murray A. Straus and Richard J. Gelles on a nationally representative sample of 2,146 "intact families." The survey found 11.6% of men and 12% of women had experienced some kind of DV in the last twelve months, while 4.6% of men and 3.8% of women had experienced "severe" DV.These unexpected results led Suzanne K. Steinmetz to coin the controversial term "Battered Husband Syndrome" in 1977.An especially controversial aspect of the gender symmetry debate is the notion of bidirectional or reciprocal DV (i.e. when both parties commit violent acts against one another). Findings regarding bidirectional violence are particularly controversial because, if accepted, they can serve to undermine one of the most commonly cited reasons for female perpetrated DV; self-defense against an aggressive male partner. Despite this, many studies have found evidence of high levels of bidirectionality in cases where women have reported DV. For example, social activist Erin Pizzey, who established the first women's shelter in the U.K. in 1971, found that 62 of the first 100 women admitted to the centre were "violence-prone," and just as violent as the men they were leaving.The 1975 National Family Violence Survey found that 27.7% of DV cases were perpetrated by men alone, 22.7% by women alone and 49.5% were bidirectional. In order to counteract claims that the reporting data was skewed, female-only surveys were conducted, asking females to self-report, resulting in almost identical data.The 1985 National Family Violence Survey found 25.9% of DV cases perpetrated by men alone, 25.5% by women alone, and 48.6% were bidirectional.

All the above studies were conducted in countries such as the U.S. and the U.K. which have recognized that Domestic Violence against Men is a real and grave public issue and have taken steps such as establishing Gender Neutral Domestic Violence laws, conducting sensitivity training programs for Police officers in cases of reported Domestic Violence and setting up Men shelters for male victims of DV. Which brings us back to the situation in our own country, not only is DV against men in India not recognized but men are instantly penalized on a complaint of Domestic Abuse without there being an Iota of evidence of DV. These penalties include being forced out of their own houses and having to pay maintenance to the complainant/victim. Ironically this in itself is a form of aggravated Domestic Abuse.

It is about time that Indian Society breaks out of the Patriarchal Stereotype and recognizes that men can be and are infact victims of Domestic Violence . Victims who need a specific law to protect their physical and mental well-being. This can be achieved only by making the current Domestic Violence Act Gender Neutral and setting up of Men's shelters and counseling booths. Concerned Citizens should raise this issue with the MLA/MP of their local constituencies so that our lawmakers are made aware of and fix this grave issue that plagues our society lest we lose more and more Indian men to the Forgotten Crime- Domestic Violence Against Men.

by Johan Sequeira
To submit your article / poem / short story to Daijiworld, please email it to news@daijiworld.com mentioning 'Article/poem submission for daijiworld' in the subject line. Please note the following: