We live in an increasingly polluted world. Rapidly increasing populations, flaring pollution levels, poor standards of living, and an increasing incidence of lifestyle diseases led to the development of new diseases that jumped from animals to humans.

Highly contagious conditions like SARS, Avian Influenza, Ebola, Middle East Respiratory Syndrome Coronavirus (MERS-CoV,) and Zika popped up in problem, low-income areas. Most of these conditions spread virulently across the world and resulted in a high death rate worldwide. Most countries were caught off-guard and so were scientists.

If you are planning to travel this year, it would be a good idea to keep yourself updated about the latest diseases that could endanger your life. Here are a few of the most dangerous diseases that are currently prevalent.

Although MERS was discovered in 2012, the disease has now spread to more than 21 countries worldwide including Turkey, Oman, Saudi Arabia, Kuwait, Egypt, UAE, Yemen, Jordan, Qatar, Indonesia, Austria, South Korea, United States, Mainland China, and Thailand. A Riyadh University study confirmed that the disease arose sometime from July 2007 to July 2012. The virus causes distinct flu-like symptoms including fever, cough, and breathlessness. The disease may progress to pneumonia and a few patients have also reported diarrhea and other gastrointestinal symptoms. Approximately 36% of affected patients have died and there is no vaccine or specific treatment for the condition.

This is one of the most interesting and virulently dangerous diseases that has emerged internationally. The recent outbreaks of Ebola spread from Africa to North America and resulted in an international quarantine of Africa and a worldwide panic. The scariest aspect of the disease was that almost 90% of affected patients died due to both internal and external bleeding. 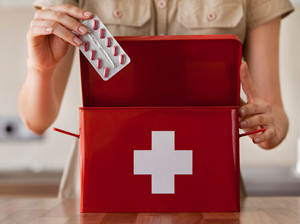 Most people were aware of mosquito-related conditions like malaria, chikungunya and dengue. However, a new virus-based condition called Zika has now emerged in Brazil and Panama. Almost 95 cases have been confirmed in both countries and women in the 25-34 age group were the most affected. One of the most horrifying effects of the condition were infected mothers giving birth to microcephalic ( small or underdeveloped head) babies.

Avian influenza or bird flu is one of the most dangerous diseases doing the rounds of the world at present. Not much is known about the condition but it is characterized by rapid deterioration in patient health and a high fatality rate. Initial symptoms include high fevers, cough, sore throat, diarrhea, abdominal pain, chest pain, bleeding nose and gums, and vomiting. Antiviral treatment given as soon as possible is vital to patient survival.

The year 2015 was a landmark year for diseases. But 2016 is expected to be worse. Most current diseases do not have any set treatment or medication and the pharmaceutical industry is scrambling to catch up with new medications. Our best option is prevention. Regular medical check-ups are a must for all people who travel frequently. Keep a close eye on your health and make sure you check any symptoms that persists for more than one week.

By Dr Hazel Menezes
To submit your article / poem / short story to Daijiworld, please email it to news@daijiworld.com mentioning 'Article/poem submission for daijiworld' in the subject line. Please note the following: