Once again, greed has raised its ugly head in the II PU Karnataka examinations. Repeated paper leaks (of Chemistry) shows the kind of sickness in the rotten system. The trauma of students and parents and so much of prayers and rituals went down the drain. Even Gods, whom we revere and believe in have no power over our corrupt and inept people in authority. The scourge of evils - like greed, divisiveness, and craze for money have blinded our vision and systematically undermined the true value of education. The cup of poison is shared by so many in the hierarchy, that when someone tries to stop it, he will be silenced without a trace. This way, they know that they can get away with their crimes. And who suffers? Students and parents. The repeated paper leaks and thoughtless way of setting question papers, have made no difference to the justice system in containing it. For now, education is for sale! If we look at the kind of absurd lessons (in some text books) we teach to our young minds, one will hang his head in shame. And still we want fame with shame.Cowardice at its nadir.

There are many reasons for such a mess in the educational system. Primarily, the system itself is infested with people with dirty mindset at various levels of authority. Decades back when coaching classes were not existing, all institutions would accept students without great criteria of merit. Students then were less burdened and there was no stress of paper leaks. With parents pushing students for higher marks, the mushrooming of private coaching classes made education a business trade. These private classes go to any length and cut corners to get permission to run their business in cramped classrooms, without basic facilities. They lure teaching faculty from good colleges with fat pay packages, while charging students with exorbitant fees. 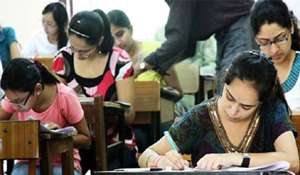 Secondly, the fault lies with the parents, who pressurise their children to achieve only marks on a sheet of paper, constantly directing them toward a career of money making. We never allow them to mature in other aspects of life where a child may excel in something, naturally on his own. This attitude has created an environment conducive for exploitation as more and more parents are ready to pump upexorbitant amount to admit their child. We do not teach them to stand up for truth and do not give an ear to their complaints. That is why today’s children cannot put up a fight together against injustice. We segregate our children through attires, religion and caste and community, which is against the universal human spirit of humanity. These are the seeds that grow into hateful prejudices later we and our children reap as consequences of our actions.

Thirdly, the society itself is to blame in a larger way for the mess we are in today. We are so much obsessed with religious rituals and festivals and spend staggering amounts of money and time giving least importance to areas of human development. Honestly, these activities have not improved our way of living and thinking but caused more misery. The people responsible for corruption and paper leak or anything, go to the worship places and bow before deities. You may find them next to you. What goes into your mind? In such cases an atheist may do a better job because, at least he will not betray God. So, what’s the point of our belief system? Humans have overtaken Gods?

Other reason can be that people have no social activism. When something happens to others, we give an indifferent look. But when it happens to us we wake up. Sadly, even if we show empathy and give a helping hand, even though the issue is not related to us, someday we may not get help. Unless people come out on the streets and unite for a cause, nothing happens. We provide the breeding ground for greedy politicians to divide us through factionalism, religion, caste, colour and political affiliation. We can never have unity, when it calls for. So where are our elected representatives now? Why there is no noise or comments from them? Why are they not listening to our plight? They will not; for they know that we can do nothing. Because, we fall over each other lobbying for those in power and do our jobs through their influence, forgetting they are public servants. We seldom make them accountable for their actions. There is a kind of fear psychosis among the people who refuse to speak against the injustice. Why?

We fought for freedom and chased the British out of our country but conveniently ignored to fight against the scoundrels and looters within us. We took pride to our head and went into hibernation, neglecting our duty as a citizen. We have people managing affairs without proper qualifications.

So what can bring change to this rotten system? There are no quick fix solutions.We need to show a strong will of integrity and love for the country, its people; like a soldier who lays down his life for his motherland. When we live and work with such conscience, things will change and there will be no space for crises. This will take quite long time but something has to start. Our will and desire to abide and not to give in for selfish gains but work toward transparency. Accepting the faults with wisdom and application of swift justice will instill the fear of the law to free the education system from this malady.

By George D'Souza
To submit your article / poem / short story to Daijiworld, please email it to news@daijiworld.com mentioning 'Article/poem submission for daijiworld' in the subject line. Please note the following: