Are Doctors Destroyed by their Frankensteins?

Frankenstein's monster, more commonly called Frankenstein after its creator, Victor Frankenstein, in Mary Shelley’s 1818 novel - Frankenstein or The Modern Prometheus. In Shelly’s story Victor builds a creature in his lab through a method consisting of chemistry and alchemy. This 2.4-m high hideously ugly monster is shunned by human society which leads him to seek revenge against his creator. In the process, Frankenstein kills his creator’s brother, best friend and, finally, Victor’s father and Victor himself dies, drowning in icy waters, while searching for the monster in the Arctic Circle. Frankenstein has lived on through theatre shows, films and TV series.

A similar story is being re-enacted in the medical field where the robotic innovations invented to fine-tune diagnosis and treatment of patients, like Frankenstein, are progressively destroying and making doctors redundant and helpless watchers from the sidelines. But, to appreciate this, a bit of background on traditional doctoring is in order.

There are good reasons to become a doctor which is one of the most sought after professions today for there is good money to make in it. Even centuries ago there was good reason, as Francis Quarles, Finnish poet (1592-1644) had said: “Physicians, of all men, are most happy: Whatever good success they have, the world proclaimeth and whatever faults they commit, the earth covereth”.

Doctors making mega bucks is widely discussed. But, now comes the question of doctors passing the buck – to medical robots or Artificial Intelligence (AI). Until the early decades of the last century, the main diagnostic tool available to the doctor was his stethoscope. I have personally seen an old consulting doctor in Bombay knocking at the joints of the patients ( including my father) with a light wooden hammer. He also looked at the outstretched tongue, probed the nose and the ears with a torch and pressed the stomach and other parts below the rib cage. And he asked questions about the lifestyle of the patient and the health and longevity of the patient’s parents and siblings. And there was a blood pressure checking instrument.

Then came blood, stool and urine tests, ultrasound, all sorts of “scopies” and scans. The availability and use of these tools, in ever-sophisticated avatars, is expanding by the day – often to the despair of patients who seem to think that these expensive tests are prescribed casually for academic and speculative reasons. Major decisions, based on these tests, are taken by consulting doctors to whom the family physician refers the “cases” at a certain critical point (And there is hushed talk about some family doctors getting “reference” kickbacks). He is supposed to give the final, authoritative decision such as going in for surgical operation.

The table of the US President in the Oval Office of White House has a placard reading: “The buck stops here”. In other words, the President is assuming responsibility for whatever is done in his name. Ideally and logically, every medical consultant should hang such a placard in his office. This is especially true in this age when he can cross-check his diagnosis and prognosis with the best consultants in the world through teleconferencing. 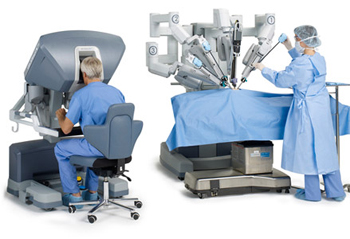 Yet, instead of this happening, some doctors are likely to turn to the roulette wheel (which decides the fortune or disaster of gamblers in casinos) to decide on the best course of action in a given situation. Researchers from the University of California have developed a tool which, they hope, will help ease the burden of making difficult treatment decisions. It is a roulette wheel that allows patients to visualise the probable outcomes associated with different treatment options for different diseases. The roulette wheel can be adapted to represent any current clinical question and is based on “best current evidence”, according to its developers, Dr Jerome R Hoffman and his colleagues.

For illustration purposes, Hoffman describes how a healthy 65 years old man might use the roulette wheel to decide whether or not to be screened for prostate cancer with a standard PSA blood test. By spinning the roulette wheel the man sees that his chances of developing symptoms of prostate cancer in his lifetime are very small, regardless whether he has a PSA test or not. But he also learns that if he undergoes PSA test and cancer is found, treating the cancer results in a 50% reduction in the chances of dying from prostate cancer. The roulette wheel also shows him that he has 58% chance of developing erectile dysfunction or incontinence because of treatment of prostate cancer. According to Hoffman, gone are the days when doctors dispensed advice and recommendation without involving the patient. Shared decision making is now largely how decisions are taken. He is hopeful that the roulette wheel will help the patients, in consultation with their doctor, to make difficult treatment decisions.

If you closely analyse the above you will see that what is presented is a joint decision or consensus arrived at with the patient. This is a disguised procedure to disown responsibility of the doctor and put the blame for any misadventure on the patient. This, in other words, is passing the buck.

That brings us to the issue of robots or AI overtaking the functions of doctors implied in the title of this article, There is a vast body of current and ongoing literature on the subject tolling the bell against the doctors with doomsday predictions for them. However, I would rather present the sobering and balanced views of Professor Richard Lilford, University of Warwick’s Chairman of Public Health, in an article titled “Do Robots Feature in Future of Medicine?” by Jessica Powell and published in The Telegraph (London - 15-10-15). The central point of the article, based on Prof. Lilford’s interview, is: Could Technology Further Assist, or Take-over, from Doctors?

Picture the General Practitioner (GP) surgery of the future: a robot doctor has replaced its human predecessor, using a super-computer brain to calculate drug doses in seconds with no risk of fatigue-induced errors (by doctors). What with the advance of AI technologies, this might not seem such a far-fetched concept. But, Prof. Lilford, is convinced this won’t happen. To think otherwise, he suspects, is to grossly underestimate the complex skills of doctors.

“I’m a sceptic on artificial intelligence,” he says. “I don’t think computers will ever supplant the doctor’s diagnosis. I think things will change – a computer might suggest a diagnosis. If a patient has just come back from India at a time of year when dengue fever is rife, for example, then a computer might b able to prompt the clinician a second opinion; but the doctor will still make the final call.” What’s more, whereas a computer is brilliant when dealing in certainties, Prof. Lilford notes: “You’ve [often] got to act in medicine before you’ve got any certainty and that sort of thing the doctor will have to do.” Human intuition, then, shouldn’t be underrated.

Above and beyond this, Prof Lilford believes the fact that a doctor is a comforting, supportive human presence is crucial when you’re ill. “That’s one of the strongest beliefs I have about medical practice,” he says. “It’s lethal to think that you can separate the psychological care from the physical care. They are part and parcel of the same thing,” he argues. “I mean, you could programme a computer to say, ‘I’m sorry’ but... Just how far this would fall short of genuine human compassion is self-evident.”

While Prof Lilford might not be convinced that computers are about to do doctors out of a job, he does believe there’s a lot of change in store over the next 50 years. “History is littered with people who said that there were no more discoveries to be made,” he notes. “There was a very famous president of The Royal College of Surgeons who, in 1924 I believe, said surgery had reached its apotheosis. That was before transplant surgery, before bypass surgery, before keyhole surgery, before neurosurgery. So given that history, a person would be foolish to say that there won’t be more discoveries.”

The future of medicine is as exciting as ever, especially when you look back at the huge advances we’ve continued to make in recent years. Computers are now playing a part in prescribing in some hospitals – issuing warnings about drug doses or combinations calculated to be unsafe for a patient – which Prof Lilford thinks is a great thing in terms of protecting against ‘human fallibility’. And the explosion of the Internet into people’s homes, of course, has allowed the public to be more informed about their health, which he describes as “almost unambiguously a good thing”. Far from stalling then, science and technology has meant we’re reaching new and often unexpected frontiers in health care all the time.”

This is the global picture. When we come to India, with the corporatisation of hospitals, doctors, well-paid themselves, are supposed to be the pillars of profit-centres of the hospitals by prescribing sophisticated tests, needed or not, so the hospitals can recover their investments (and make profit) in expensive diagnostic and operation equipment. This is also extended to the high-cost ICUs.

But, these modern corporate doctors will have no worry about collecting their bills from dying patients, as John Gray, English poet (1688-1732) had said:

“Is there no hope?” the sick man said,
The silent doctor shook his head,
And took his leave with signs of sorrow,
Despairing of his fee tomorrow.

This is about mainstream medical practice. Then there is medical transcription business which is heavily outsourced to India by the West. Doctors and bad handwriting historically go well together, as noted by Mathew Prior, English poet (1664- 1721):

You tell the doctor, that you are ill
And what does he, but write a bill,
Of which you need not read one letter,
The worst the scrawl, the dose the better.
For if you knew what you take,
Though you may recover, he must break.

Indian doctors are no different when it comes to bad handwriting. As the Tulu saying goes: “Anne Barethina Annene Vodod” (What elder brother has written only he can read). Yet, our chemists are mind readers. They decipher the scrawl, lately aided by Mobile references to the doctor. Meanwhile Indian Medical Council has decreed that prescriptions should be written in capital letters. Mercifully some modern doctors give computer print-outs.

Let us end this sombre discussion on a lighter note. Before medical transcriptions became big business, computers were also used for translations. In irreligious Russia, a computer was asked to translate the Biblical passage:”The spirit is willing indeed but the flesh is weak”. The translation:”The wine is good but the meat is stale”!

Veteran journalist and author, John B Monteiro now concentrates on Editorial Consultancy, having recently edited the autobiography of a senior advocate, history and souvenir to mark the centenary of Catholic Association of South Kanara and currently working on the history/souvenir to mark the platinum jubilee of Kanara Chamber of Commerce & Industry.

Title: Are Doctors Destroyed by their Frankensteins?